Daniel Cormier is all set for the trilogy fight against old foe Stipe Miocic. These two do not seem to get enough of beating one another, but the dust will settle for once and for all on August 16, 2020. So how is DC keeping himself fit for fighting a 4-year younger opponent?

The answers to these questions lie in his workout and diet. The 41-YO former Olympic wrestler and former two-division world champion, Cormier, is a phenomenal athlete and his daily routine plays a very crucial role in it. Let’s find out how he keeps himself ready to weigh-in any day and fight.

What is the workout regime of Daniel Cormier like? 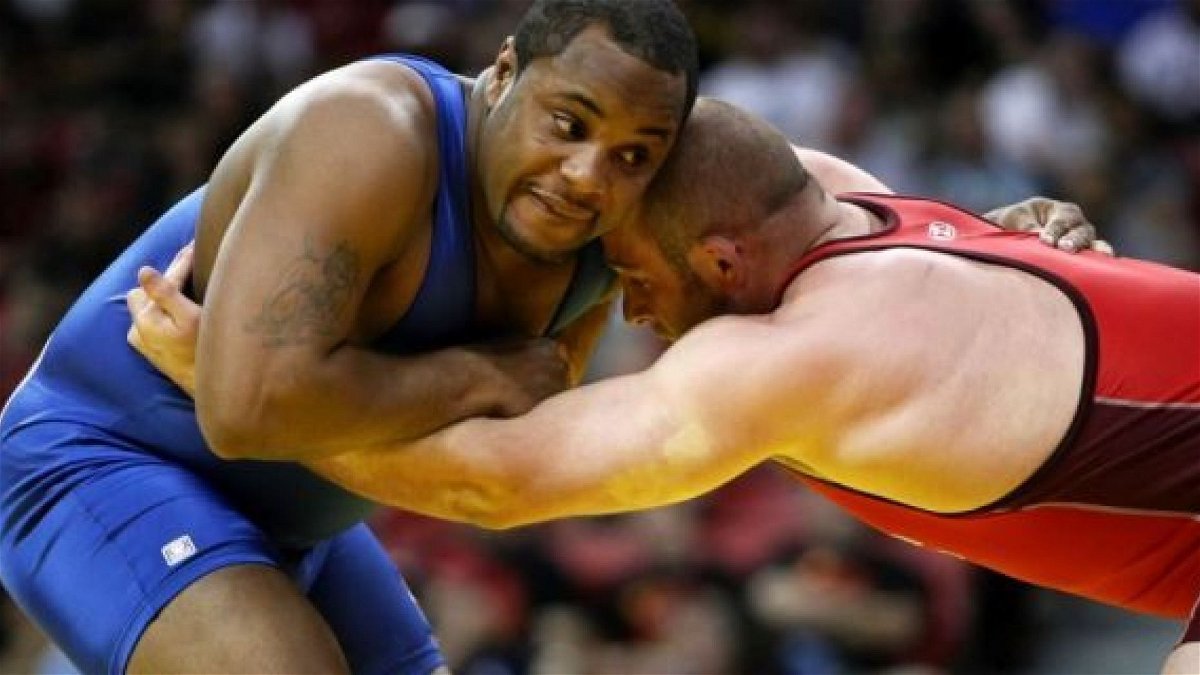 The strength and conditioning workouts of Daniel Cormier are perfectly combined and presented in a video posted by Muscle Madness.

He is a true grinder. DC would begin his workouts with proper stretching and warmup to keep himself from injuries. He likes to bring variety to his workouts and hence there is a list of things he does, which of course keep changing.

He focuses on training any two body parts one day, and keeps switching his workout to keep things interesting. He would perform military press, shrugs, dumbbell workouts. Shoulders must be very strong to add power.

For those massive chests that are important for hitting massive punches, he does dumbbell press, bench press, Dumbbell fly, cable crossover, and other such exercises. 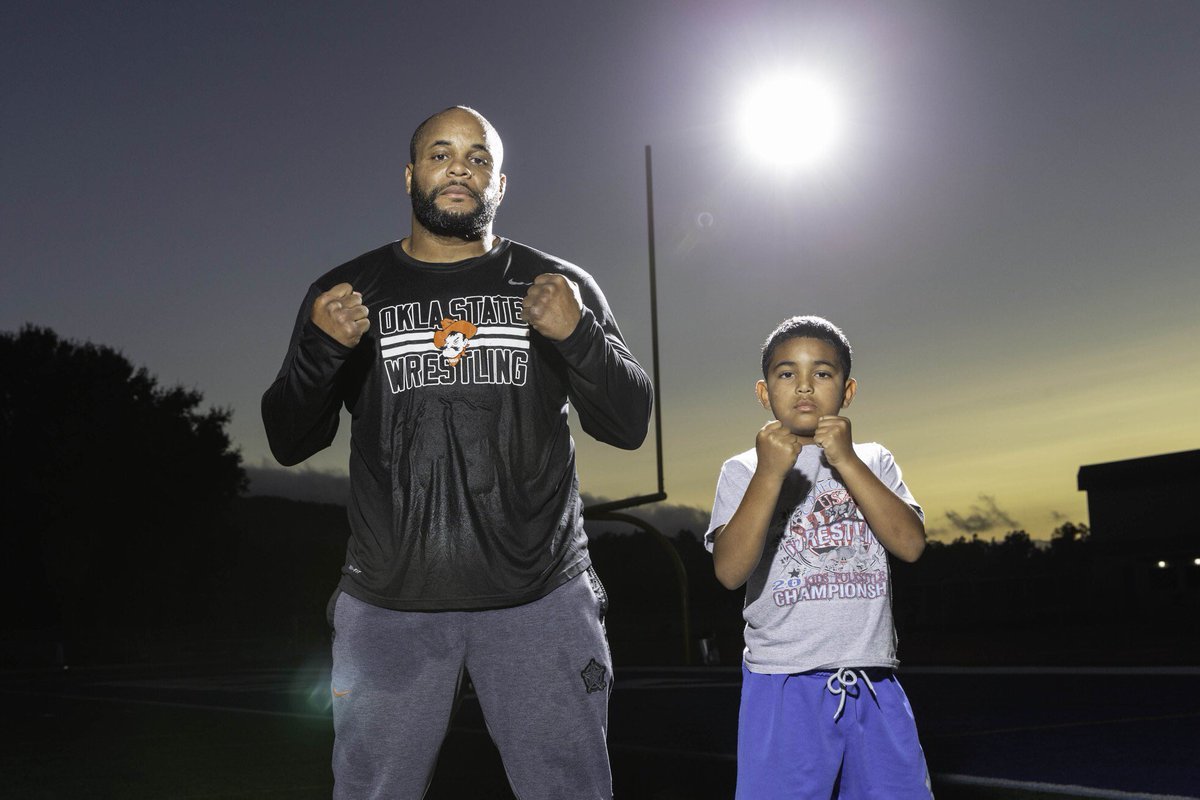 He spends a lot of his time at track-and-field for the cardio sessions.

When his sudden weight-loss remained unexplained

We all remember that funny incident that raised many eyebrows. During the UFC 210 weigh-in, DC weighed 206.2 lbs, which was a huge 1.2 lbs more than allowed. Within a couple of minutes, he came back, held the towel, and weighed exactly 205 lbs. A controversy followed it questioning if he dropped his body weight by putting his hands over the towel which was used to hide his bare body. It was tagged as “Towelgate”. Let’s leave it to that.

So what does following a diet plan mean for Daniel Cormier? It serves huge purposes like reduction in total body fat to achieve that lean mass that does not compromise with the ability to generate enough power.

So what is on the plate for Daniel Cormier? 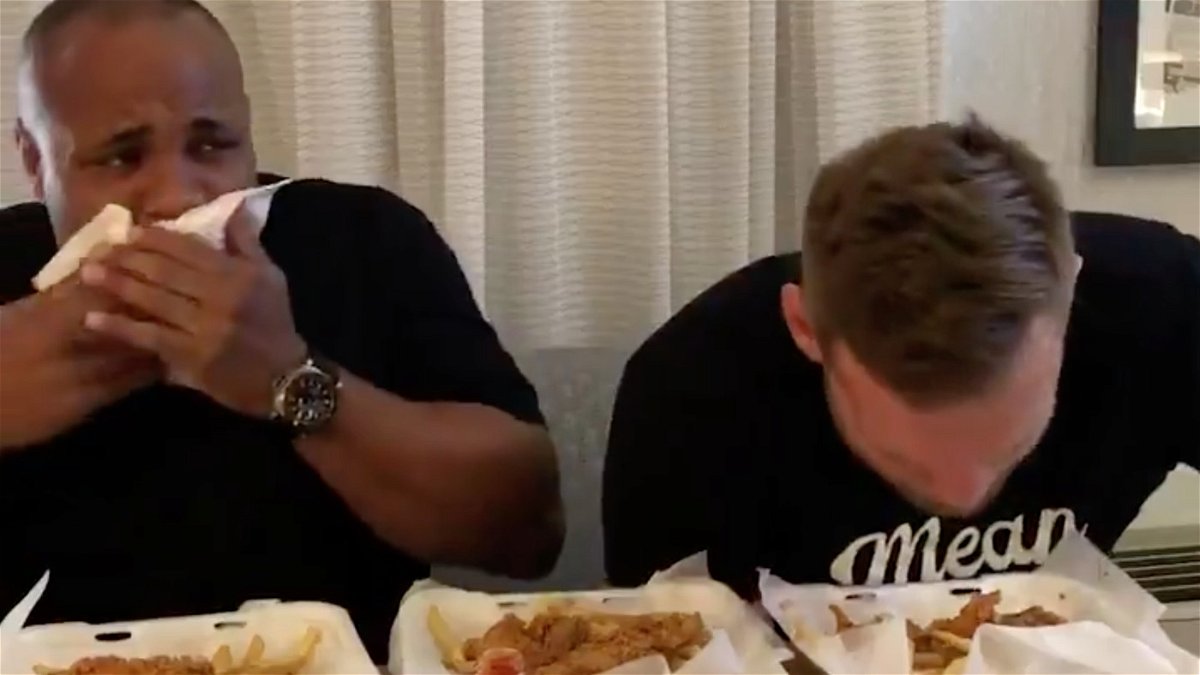 DC loves to load himself with tasty food. But he has to eat healthy, low on bad fat and high on protein food to prep himself for fights. According to Health Yogi, here is the breakage of his diet on a regular day:

This surely is not an extensive list because his diet keeps changing depending on the fights or the other goals that he has. A wrestler’s diet would differ from an MMA fighter’s diet. So, this chart remains subjective and prone to changes.

What does his nutritionist say?

Discussing the weight-cut, DC’s nutritionist had told MMA Fighting, “We hit those just through diet. We didn’t have to do anything crazy. So yeah, he started a bit lighter and it’s made the whole camp easy. Because instead of focusing on cutting weight for six weeks, we fed him like an athlete. I tell people all the time, you don’t feed a supermodel and an athlete the same way. We’ve been able to feed him like a 205-pound world champion.”

Does he have a cheat day? 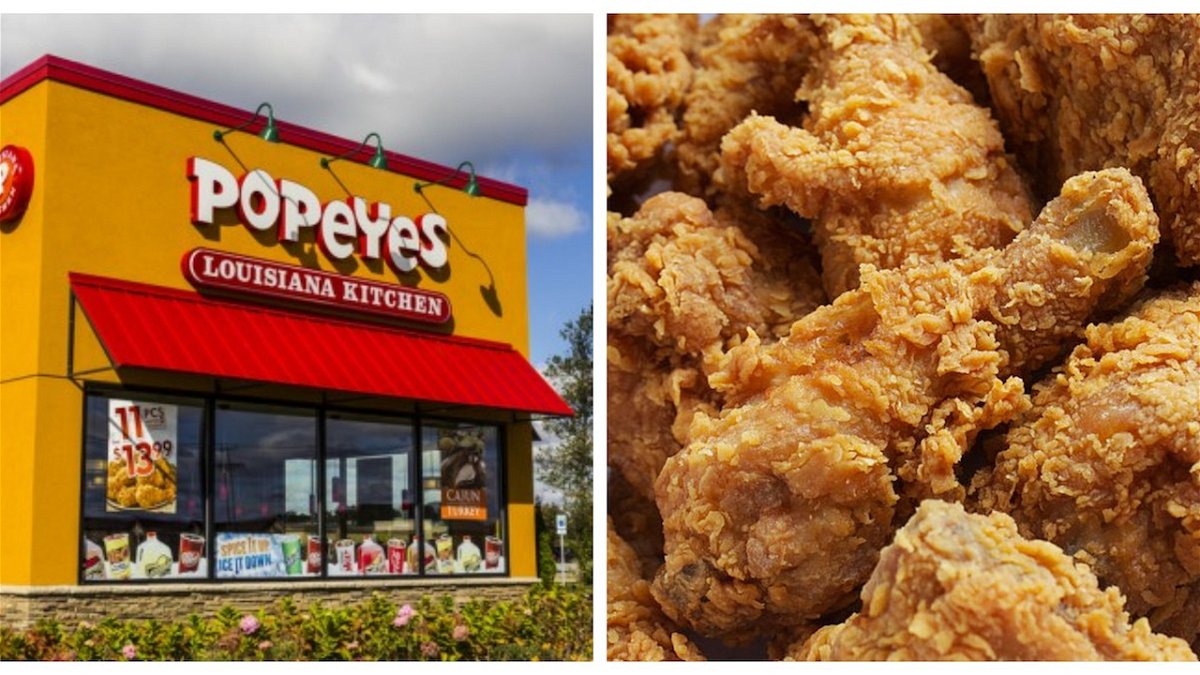 Well, sure he does. On various occasions, we have seen Daniel Cormier losing his self-control and bulking on calories. He just loves eating Popeye’s Chicken. It is his weak nerve. Speaking to MMA Weekly, he once expressed his love for both barbecue and Popeye. We had also seen him eating pastries, consuming asparagus, and drinking Kombucha on media day.

But for now, we can safely assume that he must be working out very hard and eating clean ahead of his UFC 252 main event.

[ad_1] A healthy and tasty diet can be your Monday motivation for weight loss.I …