Before he retired, Gustafsson (18-6) was one of the best light heavyweights on the planet. The Swedish fighter has incredible wins on his resume. And some of the best matches in the UFC, including his all-time classic war with Jon Jones. 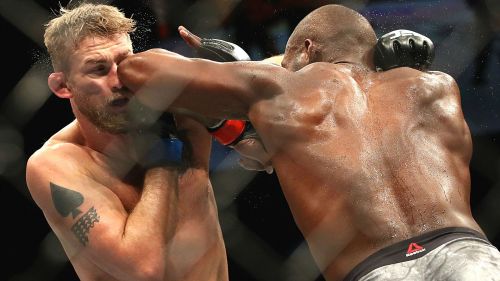 Gustafsson has fought for the title thrice. Unfortunately for him, he has been unsuccessful in capturing the belt so far. Two of those title matches were against Jones and one with Daniel Cormier. After losing to “Bones” for the second time, Gustafsson fought Anthony Smith. He lost once again and announced his retirement post-fight.

Alexander Gustafsson moves up to heavyweight

Many believed that Gustafsson was done for. However, the hunger to compete never left him. Last month, “The Mauler” announced that he will be returning to MMA. But this time, it will be in a completely different division.

Gustafsson’s walk around weight is north of 230 lbs. It will be interesting to see him compete at heavyweight since he will not be depleting his body. Looking at his training pictures, it seems like he has gained a lot of muscle mass.

Heavyweight Gus is going to be a problem 💪💪 #UFCFightIsland pic.twitter.com/1Uh3mcKQNy

His power might even get amplified at the weight class. Besides that, Gustafsson’s cardio might also improve or deteriorate dramatically. We can only speculate for now. All questions will be answered on July 25.

“He, like everyone else in the heavyweight division, hits hard. So it will be an awesome challenge for me and it’s very motivating for me to fight him,” Alexander Gustafsson told MaulerBet.com.

Werdum is coming off a loss to Aleksei Oleinik at UFC 249. The Brazilian has not won a match since 2017 and is looking forward to getting back in the win column.