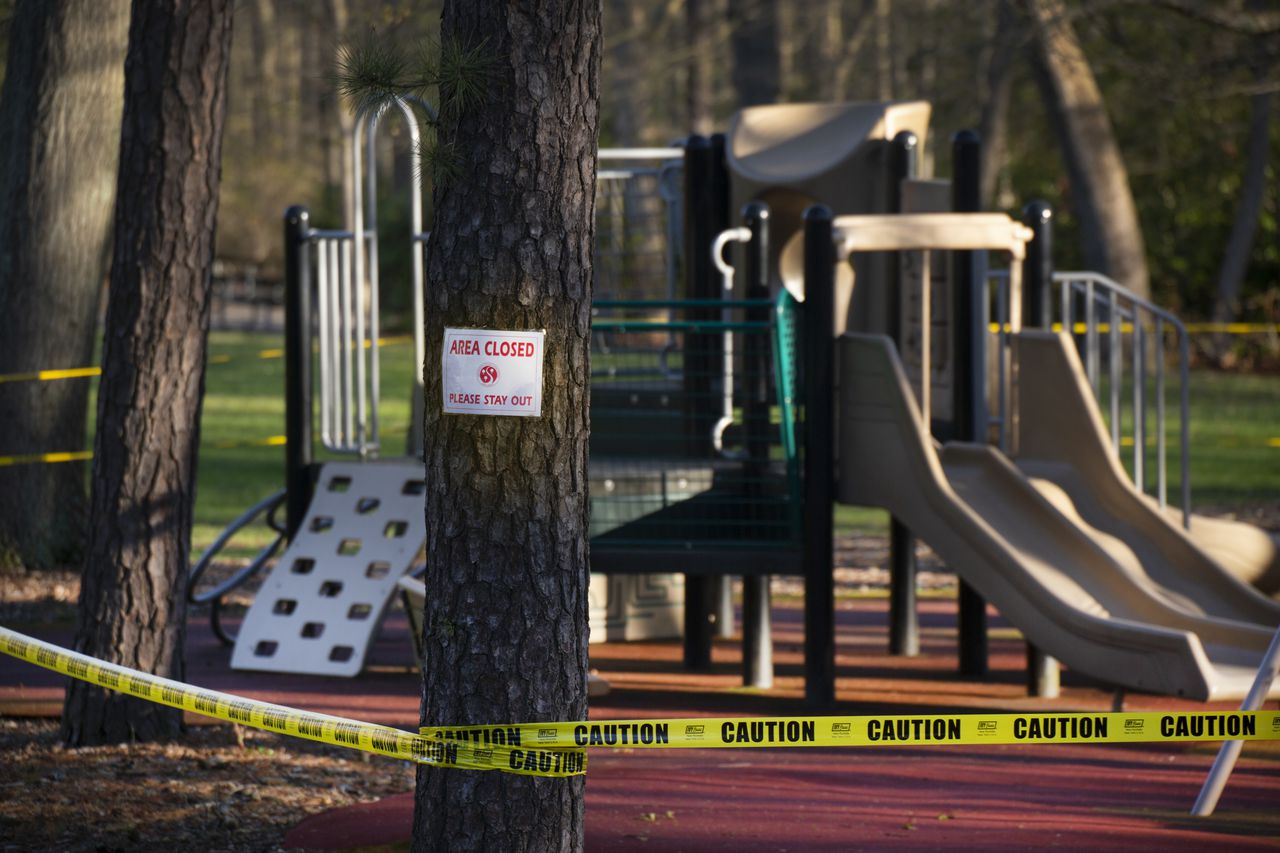 The federal Centers for Disease Control recently said the coronavirus doesn’t spread as easily from someone touching a surface or object than it does via person-to-person contact.

Gov. Phil Murphy, who has been slowly easing the state’s COVID-19 restrictions in recent days, said he wasn’t sure Friday.

“I would think … if it’s an outdoor surface, that’s something we’re likely gonna get to sooner than later than we would to an indoor surface,” Murphy said during his daily coronavirus briefing in Trenton.

But Dr. Christina Tan, the state’s epidemiologist, stressed that people should still clean surfaces to be safe.

That means keep wiping down groceries and takeout containters.

“Right now, the evidence suggests contaminated surfaces aren’t really the main mode of transmission,” Tan said. “However, it doesn’t mean you still shouldn’t be cleaning the surfaces, shouldn’t be disinfecting the surfaces well. So all those other infection-control measures still need to be implemented.”

The CDC’s website had warned about “contaminated surfaces and objects” in a separate section. But earlier this month, it was changed to a section about how “the virus does not spread easily in other ways.”

“It may be possible that a person can get COVID-19 by touching a surface or object that has the virus on it and then touching their own mouth, nose, or possibly their eyes,” the CDC website says now. “This is not thought to be the main way the virus spreads, but we are still learning more about this virus.”

The CDC clarified that it changed the site to improve its organization. A spokesman told NPR on Friday that “our transmission language has not changed.”

The agency did said the main source of the virus’ spread is through respiratory droplets when a person coughs, sneezes, or talks closely around someone else.

Though state and county parks reopened more than two weeks ago in New Jersey, playgrounds and exercise equipment remain closed.

The CDC also recommended children avoid using playgrounds because they’re often crowded, it can be a challenge keeping them clean, and the virus can spread when kids touch contaminated equipment and then touched their face.

Meanwhile, a March study by the New England Journal of Medicine found it takes 72 hours for the virus to become undetectable on plastic, compared to 48 hours on stainless steel and cardboard, and eight hours on copper.

Samiksha Raut, an associate professor of biology at University of Alabama at Birmingham, has also noted that “kids are constantly moving from one part of the playground to another and are quite prone to touching their faces — nose, eyes, etc., at intervals.”

“Therefore, if they happen to touch an object with the novel coronavirus, the chances of getting infected are very high,” Raut said in a statement.

New Jersey, a densely populated state of 9 million residents, has reported at least 10,985 deaths attributed to COVID-19, with at least 152,719 cases, since the outbreak began March 4. Only New York has more deaths and cases among American states.

But officials say the state’s daily number of deaths, cases, and hospitalizations continue to drop. And in recent weeks, Murphy has permitted nonessential retail businesses to offer curbside service and said beaches can be open for the summer.

On Friday, Murphy announced the state is allowing more people to gather outdoors, up to a maximum of 25, in time for Memorial Day weekend. Indoor gatherings remain limited to 10 people.

The governor said Thursday morning more businesses — such as salons and gyms — may be allowed to reopen with guidelines “in a matter of weeks.”

Still, he said it’s easier right now to reopen activities more because the virus is more likely to spread indoors.

Our journalism needs your support. Please subscribe today to NJ.com.

Brent Johnson may be reached at bjohnson@njadvancemedia.com.