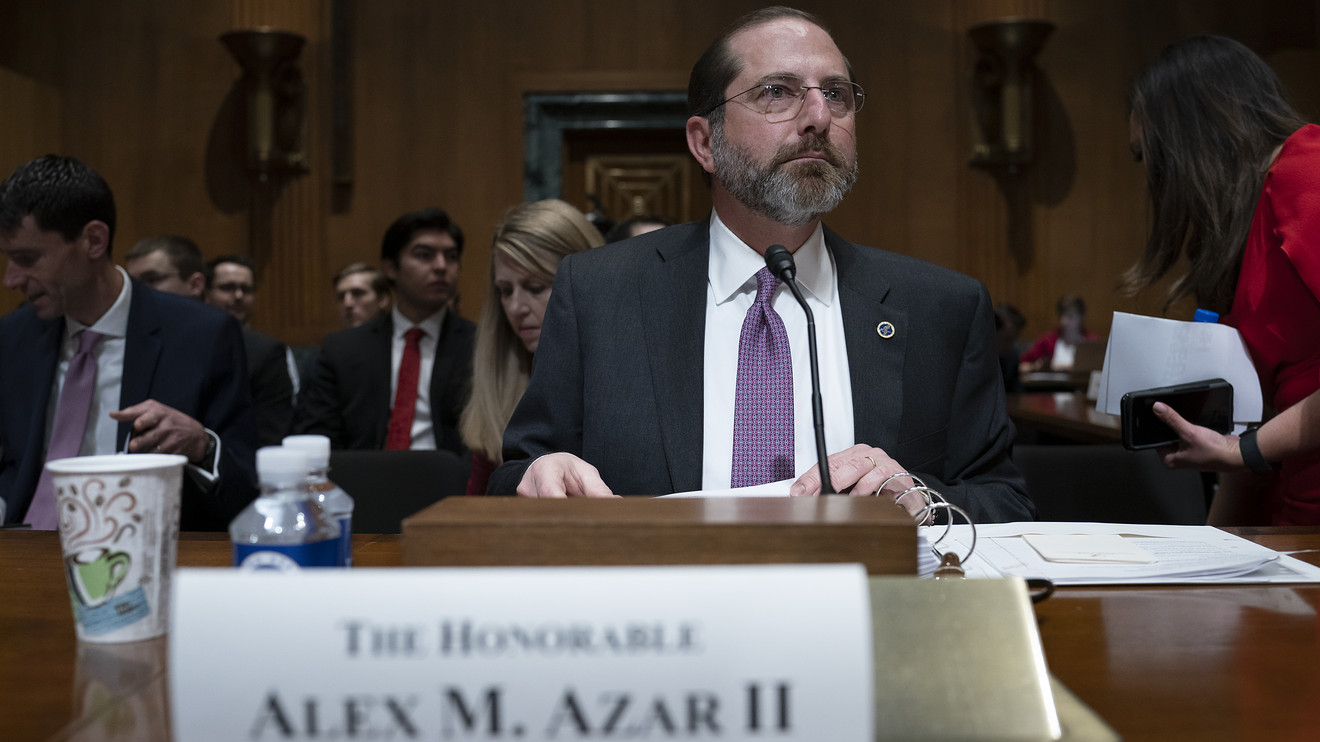 WASHINGTON — The White House on Monday sent lawmakers an urgent $2.5 billion plan to address the deadly coronavirus outbreak, whose rapid spread and threat to the global economy rocked financial markets.

The White House budget office said the funds are for vaccines, treatment and protective equipment. The request was immediately slammed by Democrats as insufficient and came as coronavirus fears were credited with Monday’s 1,000-plus point drop in the Dow Jones Industrial Average and are increasingly seen as a potential political threat to President Donald Trump.

The request was released Monday evening and came as key government accounts were running low. The Department of Health and Human Services had already tapped into an emergency infectious disease rapid response fund and was seeking to transfer more than $130 million from other HHS accounts to combat the virus but is pressing for more.

“Today, the Administration is transmitting to Congress a $2.5 billion supplemental funding plan to accelerate vaccine development, support preparedness and response activities and to procure much needed equipment and supplies,” said White House budget office spokeswoman Rachel Semmel. “We are also freeing up existing resources and allowing for greater flexibilities for response activities.”

The administration is requesting $1.25 billion in new funding and wants to transfer $535 million more in funding from an Ebola preparedness account that’s been a top priority of Democrats. It anticipates shifting money from other HHS accounts and other agencies to complete the $2.5 billion response plan.

Senators returning to Washington after a weeklong recess will receive a classified briefing Tuesday morning on the government’s coronavirus response, a Senate aide said. A spokeswoman for Senate Appropriations Committee Chairman Richard Shelby, R-Ala., said the panel “will take their input into account as we continue to do our due diligence to determine what additional resources are necessary.”

Democrats said the request was insufficient and that Trump’s attempt to go after existing Ebola prevention funding was dead on arrival.

“All of the warning lights are flashing bright red. We are staring down a potential pandemic and the administration has no plan,” said Senate Minority Leader Chuck Schumer, D-N.Y., who blasted a shortage of kits to test for the virus and President Donald Trump’s proposed budget cuts to health agencies like the Centers for Disease Control and Prevention. “We have a crisis of coronavirus and President Trump has no plan, no urgency, no understanding of the facts or how to coordinate a response.”

Trump was a vocal critic of President Barack Obama’s response to the 2014 Ebola scare, which barely touched the U.S. but was seen as a factor in that year’s midterm elections, which restored control of the Senate to Republicans.

Trump took to Twitter Monday to defend his record.

“The Coronavirus is very much under control in the USA. We are in contact with everyone and all relevant countries. CDC & World Health have been working hard and very smart. Stock Market starting to look very good to me!” he tweeted.

Among the needs is funding to reimburse the Pentagon, which is housing evacuees from China — who are required to undergo 14-day quarantines — at several military bases in California.

“Despite urgent warnings from Congress and the public health community, the Trump administration took weeks to request these emergency funds,” Lowey said in a statement. “Their answer now is to raid money Congress has designated for other critical public health priorities.”

Azar is slated to testify before the Senate Appropriations Committee on Tuesday, and the U.S. response to the outbreak is sure to be a major topic.

The quickly spreading virus has slammed the economy of China, where the virus originated, and caseloads are rapidly increasing in countries such as South Korea, Iran, and Italy. Almost 80,000 people have contracted the disease, with more than 2,500 deaths, mostly in China.

The United States, however, has had only 14 cases of the disease spread across seven states.

In San Francisco, House Speaker Nancy Pelosi took a walking tour of Chinatown on Monday to let the public know the neighborhood is safe and open for business.

Pelosi, a Democrat who represents the heavily Chinese American city, visited the Golden Gate Fortune Cookie Factory, whose owner Kevin Chan, says his business and others are down 70% since the outbreak of the coronavirus.

“Çome to Chinatown,” Pelosi said. “Precautions have been taken by our city, we know that there’s concern about tourism, traveling all throughout the world, but we think it’s very safe to be in Chinatown and hope that others will come.”

In a statement Monday night, Pelosi called the president’s request “long overdue and completely inadequate to the scale of this emergency.” She said the House would advance “a strong, strategic funding package that fully addresses the scale and seriousness of this public health crisis.”