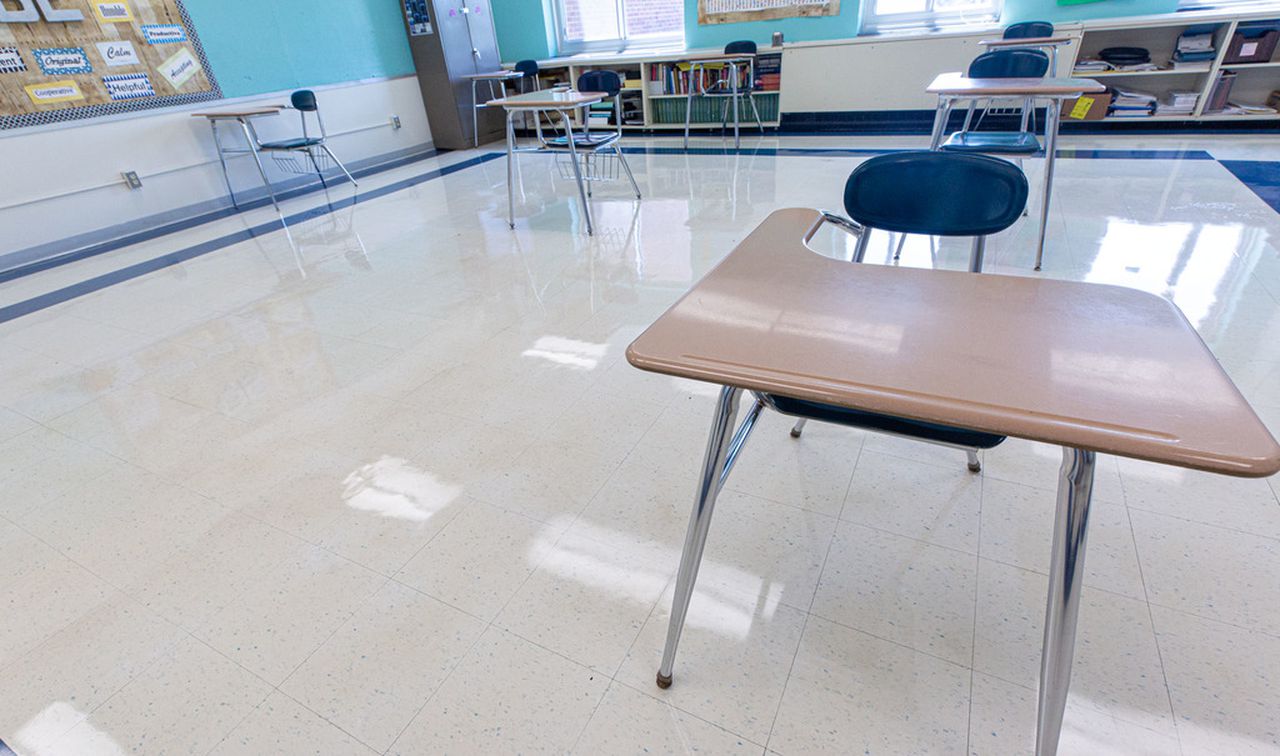 Syracuse, N.Y. — Should school children return to classrooms this fall, even amid a pandemic that might roll on for a year or more?

Yes, pediatricians and educators say. Recent research indicates that children don’t appear to be at high risk of spreading the novel coronavirus, they say, and there could be more harm to kids to keep them at home than to bring them back to school.

“I do believe we should open schools for children for the benefits they derive: It’s social, it’s emotional, it’s meals, it’s a safety net,” said Dr. Jana Shaw, a pediatric infectious disease doctor at Upstate Medical University. “There are a number of benefits students derive from attending school, and they’re important regardless of race and income.”

The data is suggestive, though, and most of it has been conducted in other countries. The virus emerged in Asia in December, and many American schools closed in March, so there have been no studies of transmission in schools here.

Not all doctors embrace the idea that children are less likely to pass along the virus.

Dr. Ted Triana, a family physician who is also the medical director for the Syracuse City School District, says the science isn’t settled. He says some of the studies have serious shortcomings, and that we know children can get the disease without symptoms.

“If you put four scientists in a room, you’re going to have four different answers,” Triana said. “I think (children) could be silent transmitters.”

The calculus in deciding to reopen schools is similar to that for reopening the economy: Are the effects of a continued school lockout worse than the potential spread of the virus?

The largest group of child doctors in the country thinks so. The American Academy of Pediatrics urges states to reopen schools in the fall because students learn better and form important social bonds in classrooms than online.

“A lot of kids are struggling with trying to learn from home,” said Dr. Ed Lewis, a Rochester pediatrician who is president of the academy’s Upstate New York chapter. “Home is not school. There are kids who need their routines. There are kids who really need the structure.”

Children aren’t able to see their friends and live a normal life now, Lewis said, and that has long-term consequences. Many low-income students depend on schools for breakfast and lunch, and for health care and counseling from school nurses and psychologists. Online learning exacerbates society’s inequalities; low-income and rural families, for example, often lack the necessary internet connections.

Teachers who suspect their students have mental health problems, or are being abused at home, can seek help.

“We have caught medical conditions in the school setting that would otherwise have gone unrecognized,” said Triana, whose staff in the school district includes 48 nurses and 22 health aides.

“In a small family dynamic there isn’t as much opportunity for kids to learn how to make friends, build relationships, build rapport, learn how to resolve disputes,” Belfiel said. “I think that’s a very critical skill.”

Dr. Geoffrey Hopkins, a psychiatrist at St. Joseph’s Health Hospital, said he’s already seen increased anxiety in his child patients caused by the closure of schools in March. That could get worse if they’re kept home in the fall, he said.

“For kids who do have underlying mental health conditions, Covid-19 and social isolation have magnified their symptoms,” said Hopkins, medical director of the hospital’s Comprehensive Psychiatric Emergency Program. “When I ask them what do you think about going to school in the fall, they say, ‘I miss my friends so much.’ The social and emotional protection and support that schools provide can’t be overstated.”

School also serves as day care for working parents; if kids are stuck at home, parents can’t go to work, hampering the earning power of families and the ability for the economy to recover.

Schools in New York and around the country were abruptly shuttered in March after the first confirmed cases of the coronavirus, called SARS-CoV-2. Governors saw classrooms as hotbeds of coronavirus transmission: dozens of kids close together, breathing on each other, not washing their hands frequently.

That’s true for the seasonal flu, which affects children and which they easily transmit to others. It was also true in 2009, when the H1N1 virus, also called the swine flu, broke out in the United States. Children were hardest hit because they had no immunity, while older people had some immunity because they had been exposed to an older form of H1N1.

“We assumed that SARS-CoV-2 would do the same and we wanted to be cautious and close schools down,” Shaw said.

“We know children are rarely the source of the infection of others,” Shaw said. “It is the adults that are primarily driving the transmission to others. Children get infected from adults. Therefore school closure is likely to have minimal impact on transmission and should be balanced with the benefit of keeping schools open.”

One study conducted in six Asian and European countries found that children and teens were half as likely as adults to be infected with the virus. That study also found that nearly 70% of people age 70 or older showed symptoms, but just 20% of 10-to 19-year-olds did. That could be a key reason children don’t transmit the virus as easily: If you’re not coughing and sneezing, Shaw noted, you’re not spreading the virus as readily.

One review of over 700 studies, done by researchers in Sweden and New York, concluded that children had lower levels of the virus in their bodies than adults did, and were rarely the source of an outbreak in households. Children also came in contact mostly with other children and parents, not with the older people who are more vulnerable to the disease and its effects.

“Children are unlikely to be the main drivers of the pandemic,” the study concluded. “Opening up schools and kindergartens is unlikely to impact COVID-19 mortality rates in older people.”

According to “The Child is Not To Blame,” an article in the academy’s journal, “Pediatrics,” several studies indicate children don’t transmit the virus easily

In several northern European countries that have reopened schools, the number of new cases has remained relatively flat. The reopening of schools doesn’t happen in a vacuum, though, so it’s too early to know if an increase in cases spread in schools is being masked by a decline in other areas of society.

Data is sparse and sometimes contradictory, however, in large part because schools around the world were closed early in each country’s epidemic, and it’s possible that children could be bigger spreaders than the studies indicate.

The paper that reviewed 700 studies cautioned that children could still pass on SARS-CoV-2, and could do so even if they had no symptoms. A German study in May said children and adults carried just as much virus and therefore might be just as infectious.

“Based on these results, we have to caution against an unlimited re-opening of schools and kindergartens in the present situation,” that study said.

It gets murkier: Some studies indicate that elementary school children might be less likely to spread the virus than high schoolers. A New Zealand high school, for example, had an outbreak with 96 cases, while a nearby elementary had only a handful.

Other evidence has emerged that children may be harmed more by the virus than previously thought. Upstate has seen at least two cases of a severe inflammatory disease the virus can cause in children, and several children in the state have died from it. More than 1,000 children were hospitalized in New Jersey. Of 48 children in a study who were hospitalized, 40% needed a ventilator.

Schools, of course, are also staffed by adult teachers, aides and other staff members who could potentially catch and spread the virus. Many staff members may also be in high-risk groups. Teachers unions are pushing for more funding and a seat at the table in planning how schools will reopen while keeping them safe.

Regardless of how easily children catch and spread the virus, even those who want schools reopened say it can’t be done without major changes.

The pediatrics academy, in a 6,000-word report, recommends that students should wear masks and be spaced at least 6 feet apart in classrooms and buses. Lockers should be eliminated or reconfigured so students aren’t standing shoulder-to-shoulder to get their books and coats; teachers, not students, should move from classroom to classroom; and practice social distancing in staff rooms.

“It cannot be as if nothing has happened,” Shaw said.

A leading contender for what school will look like is the hybrid approach, in which students attend schools in shifts. New York City Mayor Bill DeBlasio proposed that students spend half their days in school and half at home, learning online. That frees up classroom space and reduces the number of peers each classmate comes into contact with.

Triana supports the hybrid approach. It reduces concerns about the spread of the virus while getting children inside the building at least some of the time, he said.

“I’m of the belief that a start is better than nothing,” he said.

Upstate’s Shaw issued one important caveat: Children should return to school buildings only if the epidemic remains under control.

“The opening of schools has to be driven by the local epidemiology of the virus,” she said. “In Central New York we have very low rates of transmission. We have done a fantastic job of controlling this epidemic, and schools should stay open if the epidemic stays as it is.”

The number of newly confirmed cases has fallen in Onondaga County even with greatly expanded testing. Since mid-May, the average number of cases per day has fallen from 41 to 27.

That’s not true around the country, however: Cases are exploding in the Sun Belt; Florida just set a record for the most positive cases in a single day. In late June, Cuomo told “Meet the Press” host Chuck Todd that the national picture could delay schools opening here.

“If this continues across the country, you’re right, Chuck, kids are going to be home for a long time,” Cuomo said.

Yes, CNY kids are probably going back to school in fall. But here’s the stuff you’ll hate (video)