November 30, 2022
Home Health News What you need to know about coronavirus on Tuesday, August 11 – CNN

A version of this story appeared in the August 11 edition of CNN’s Coronavirus: Fact vs. Fiction newsletter. Sign up here to receive the need-to-know headlines every weekday.
“I want to be clear: There are green shoots of hope, and no matter where a country, a region, a city or a town, it is never too late to turn the outbreak around,” Tedros Adhanom Ghebreyesus said Monday.
There are two essential elements to doing that: Leaders must step up to take action, and citizens need to embrace new measures, he said.
The director-general pointed to countries that had successfully contained the spread of the virus, like New Zealand and Rwanda, which have focused on testing, contact tracing, isolation and treatment.
And he praised nations that responded quickly to localized outbreaks, highlighting the United Kingdom’s targeted stay-at-home orders in parts of northern England, where clusters have emerged, and France’s introduction of compulsory mask rules in outdoor spaces of Paris as cases there spike.
“Even in countries where transmission is intense, it can be brought under control by applying an all-of-government, all-of-society response,” Tedros said.
But the rise in infections globally remains driven in large part by three countries — the United States, Brazil and India — none of which look close to suppressing the virus by any measure outlined by the WHO chief.
In the US — the world leader for cases and deaths — many still aren’t heeding basic advice that would significantly reduce the spread of Covid-19, like mask-wearing and social distancing. And a lack of widespread testing, tracing and containment measures has meant outbreaks have continued to crop up unabated.
As the nation struggles to contain new outbreaks, the Trump administration is considering new measures to block American citizens and permanent residents from returning home if they are suspected of being infected. It’s the latest attempt by the White House to seal off US borders, citing the virus.

YOU ASKED. WE ANSWERED

Q: Why does Covid-19 kill some and spare others?
A: Experts say the answer to that mystery may lie in looking at previous vaccines that individuals have had. It’s what immunologists call immune training: how your immune system creates an effective response to fight off infections.
“When we looked in the setting of Covid disease, we found that people who had prior vaccinations with a variety of vaccines — for pneumococcus, influenza, hepatitis and others — appeared to have a lower risk of getting Covid disease,” Dr. Andrew Badley, an infectious disease specialist at Mayo Clinic told CNN’s Anderson Cooper.
There’s been no definitive evidence of any other vaccines boosting immunity against Covid-19. But some researchers, like Badley, have suggested it’s possible.
Send your questions here. Are you a health care worker fighting Covid-19? Message us on WhatsApp about the challenges you’re facing: +1 347-322-0415.

Record-breaking race for a vaccine raises fears over safety
Scientists are hoping to deliver a vaccine that protects against Covid-19 in record time. But that speed has made many citizens wary. Recent polls have found only half of Americans would get a Covid-19 vaccine should one become available, and citizens in other parts of the world have also raised their concerns.
The US Food and Drug Administration commissioner has tried to assuage those fears, saying that it would not “cut corners” or compromise safety in order to bring a Covid-19 vaccine to market. President Donald Trump has been pushing for a vaccine by Election Day, but experts have told CNN that timeline is unrealistic after reviewing data from Moderna, the first company to start final-stage, Phase 3 trials in the US.
In a bid to get something out as soon as possible, some countries are rubber-stamping vaccines before their efficacy has been proven in Phase 3. China has already done it, green-lighting an experimental vaccine for limited use by its military in late June.
Now Russia has done the same, with President Vladimir Putin announcing Tuesday the registration of a vaccine named Sputnik-V, a reference to the surprise 1957 launch of the world’s first satellite by the Soviet Union. It is the first vaccine in the world to be approved for public use, with frontline health care workers getting it first. Russia has released no scientific data on its testing and there are unanswered questions over its safety and effectiveness.
Back-to-school and college football chaos highlight Trump’s failed leadership
More pillars are fast crumbling in Trump’s frantic and lie-strewn attempt to convince Americans the nation is back to normal before the election, with chaos already afflicting the return to school and a rite of fall — college football — on the brink, Stephen Collinson writes.
Trump’s false insistence that children are “immune” from the coronavirus and can’t spread it is being undermined by new figures showing that nearly 100,000 kids tested positive for the virus in the last two weeks of July. And some of the first schools that are following his calls to fully reopen are being hit by new viral outbreaks almost as soon as classes begin.
The President, in demanding a return to class and for college football to kick off, is making education and collegiate sports the latest area of American life to be contaminated by his false narratives about the pandemic. Almost all of his assurances about the crisis — which have tended to minimize its impact and ignore science — have proven to be wrong.
Concern growing of second wave in Europe
Concern about a second wave is growing in the European Union, after the bloc’s health agency called on member states seeing an uptick in cases to reinforce control measures, warning of a “true resurgence” or “risk of further escalation of Covid-19” in several countries.
Hotspots are emerging in holiday destinations across the continent. Greece, which had been hailed for its handling of the pandemic, saw its highest single tally of cases since the crisis began on Sunday. France, which had brought its outbreak under control through strict lockdown measures, issued a compulsory face mask order in dozens of Parisian streets and tourist areas on Monday. And new outbreaks in Italy and Spain are also causing alarm.
Covid-19 misinformation is killing people
Covid-19 rumors, stigma and conspiracy theories have been circulating in 25 different languages across at least 87 countries, and this spread of misinformation has led to deaths and injuries, according to a new study. Most of the rumors, stigma and conspiracy theories were identified from India, the US, China, Spain, Indonesia and Brazil, the researchers found.
The analysis showed that 24% of the reports overall were related to Covid-19 illness, deaths and transmission of the coronavirus; 21% were related to control efforts; 19% to treatment or “cures”; 15% to the cause of the disease and the origins of the virus; 1% to violence; and 20% were considered miscellaneous. Such misinformation — especially when masked as credible infection prevention — can lead to injuries and deaths, the researchers noted in the study.
“A popular myth that consumption of highly concentrated alcohol could disinfect the body and kill the virus was circulating in different parts of the world,” the researchers wrote. “Following this misinformation, approximately 800 people have died, whereas 5,876 have been hospitalized and 60 have developed complete blindness after drinking methanol as a cure of coronavirus.” 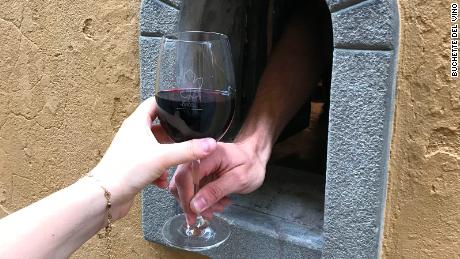 Doctors say wearing eye protection (in addition to face masks) could certainly help some people, but it’s not necessary for everyone. You may want to consider eye protection if you are:
(Note: Regular glasses or sunglasses aren’t enough, because they leave too many gaps around the eyes.)
But if you’re not in a high-risk situation — and you’re very strict about wearing face masks and staying 6 feet away from others — wearing goggles isn’t necessary.

“It’s impossible for any of us individuals to change the trajectory of this pandemic, but we can change the way that our children experience it.” — CNN’s Chief Medical Correspondent Dr. Sanjay Gupta
In today’s episode, Dr. Gupta opens up about his thoughts and fears for his kids as they grow up in this pandemic. Listen Now.