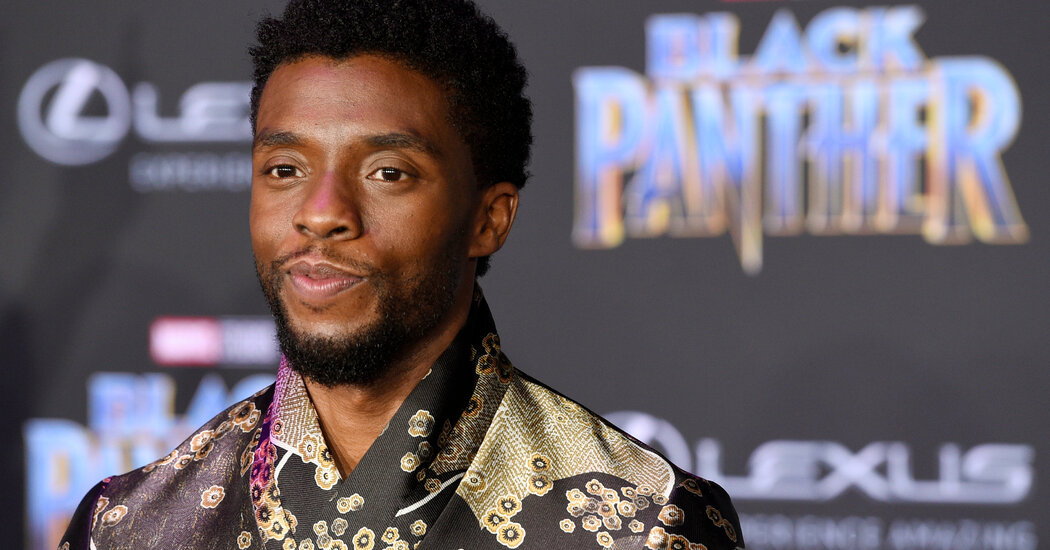 In the wake of Chadwick Boseman’s death from colon cancer at age 43, many people have questions about the disease, especially about the risk of colon cancer in younger people. Here’s what is known and what experts recommend.

Although the majority of cases are found in older people, there has been an increase in cases in younger people in recent years.

Among people over 65, rates of colorectal cancer, which includes tumors in the rectum or the colon, have actually been declining, probably because of more regular screening. Nonetheless, it is the second-leading cause of cancer deaths in the United States for men and women combined, and cases have been rising by about 2 percent annually in recent years in people under 50, according to a recent report by the American Cancer Society.

Experts aren’t sure exactly why. For some patients, obesity, diabetes, smoking or a family history of cancer may play a role, but not all people who develop colorectal cancer have these risk factors.

“The bottom line is we just don’t know,” said Dr. Robin B. Mendelsohn, co-director of the Center for Young Onset Colorectal Cancer at Memorial Sloan Kettering Cancer Center, which was opened in 2018 to treat younger patients and study the reasons for their diagnoses. She and her colleagues are exploring whether diet, medications like antibiotics, and the microbiome — which have all changed significantly for generations born in the 1960s and later — might be contributing to the cancer in younger people.

When is screening recommended?

Everybody should begin getting screenings at age 45, the American Cancer Society and other expert groups recommend. But people with a family history of colon cancer should start getting tested at age 40, or at 10 years younger than the age at which their family member was diagnosed, whichever is sooner.

Dr. Mendelsohn recommends early screening also for people with a history of inflammatory bowel disease, like ulcerative colitis or Crohn’s disease, and for people who have previously received radiation in their abdomen or pelvis.

Screenings can be done with various tests on stool samples or with imaging-based tests like colonoscopies. The risks from these tests are relatively small. The prep for a colonoscopy, drinking liquid to cleanse the colon the day before, can be uncomfortable. But the advantage of a colonoscopy is that if it reveals polyps that might be precancerous, they can be removed during the test, said Dr. Mohamed E. Salem, an associate professor of medicine at the Levine Cancer Institute at Atrium Health in Charlotte, N.C.

“It makes a huge difference when you detect cancer early versus late,” he said.

“The five-year survival rate for young people for early-stage disease is 94 percent,” said Rebecca L. Siegel, the scientific director of surveillance research at the American Cancer Society. For people with late stages of the disease, the survival rate can be as low as 20 percent, she said. Early diagnosis, Ms. Siegel said, is “the difference between life and death.”

Mr. Boseman learned in 2016 that he had Stage 3 colon cancer, according to an Instagram post announcing his death. Dr. Mendelsohn said that patients with Stage 3 “have an approximate 60 percent to 80 percent chance of cure,” depending on a number of factors, including whether the cancer is responsive to chemotherapy.

Are there racial disparities in the risk of colon cancer?

Yes. According to the recent American Cancer Society report, rates of colorectal cancer are higher among Black people. From 2012 to 2016, the rate of new cases in non-Hispanic Black people was 45.7 per 100,000, about 20 percent higher than the rate among non-Hispanic whites and 50 percent higher than the rate among Asian-Americans and Pacific Islanders. Alaska Natives had the highest rate: 89 per 100,000.

Ms. Siegel also said that at any age, “African-Americans are 40 percent more likely to die from colorectal cancer. It’s because of later-stage diagnosis, it’s because of systemic racism and all that this population has been dealing with for hundreds of years.”

What symptoms should prompt someone to see a doctor for possible colon cancer?

Common symptoms include bloody stool or bleeding from the rectum, doctors say. Other symptoms can include constipation or diarrhea, a change in bowel habits, dark sticky feces, feeling anemic, abdominal pain or cramps, nausea, vomiting or unexplained weight loss.

Unfortunately, yes. The average time from symptoms to diagnosis for people under 50 is 271 days, Dr. Siegel said, compared with 29 days for people 50 and older.

“Both doctors and these young folks are not thinking they have cancer,” she said. “Part of that is screening, but it’s not all screening. Young patients have symptoms, sometimes for years. For one thing, they’re much less likely to have health insurance than older people, and so they have less money. And they’re thinking, ‘I’m a 30-year-old, what could be wrong with me — it’s going to go away.’”

Also, she said, “There’s the embarrassment factor. ‘I’m bleeding from the rectum.’”

Dr. Salem said that “there is a lot of shame somehow. Nobody likes to have bleeding, especially from their butt. Especially young people; they don’t like to discuss this or disclose this information. That’s understandable. But it’s our obligation to change that culture. It’s OK to talk about your pain in that area, or your bleeding, or your constipation, or your diarrhea.”

“Anytime patients are 75 years old and have rectal bleeding, we say ‘Make sure and get checked out for colon cancer,’” Dr. Salem said. “When younger people have rectal bleeding, sometimes we say ‘Oh, that’s hemorrhoids or stress from working too much.’ Those symptoms go on for many, many months or years, and now it’s not Stage 1 anymore, it’s Stage 3 or 4.”

Once they receive a diagnosis, doctors said, younger people should not feel ashamed.

“Increasing awareness and reducing stigma, all of this information could be saving lives now,” Dr. Siegel said. “Keeping a secret is not the way to go.”