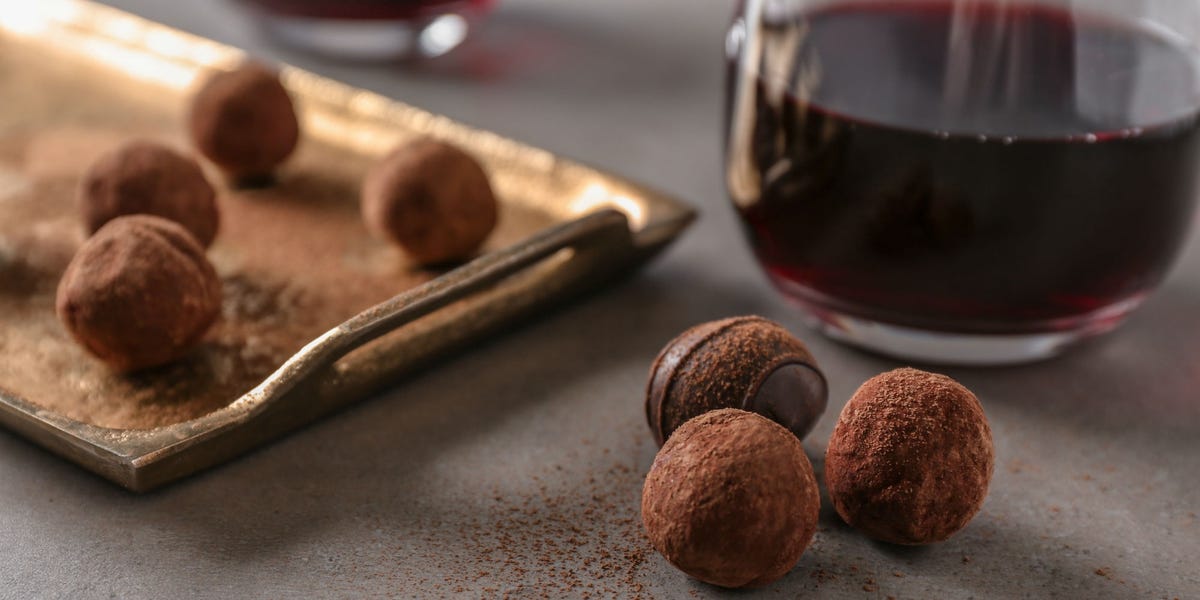 The Sirtfood Diet was founded in 2016 by nutritionists Aidan Goggins and Glen Matten. It has since gained popularity thanks to celebrities like Adele, Pippa Middleton, and former pro boxer David Haye.

It’s touted for rapid weight loss, claiming to help people lose seven pounds in seven days. Another one of the diet’s distinguishing qualities is that it incorporates more indulgent foods like dark chocolate and red wine alongside traditional, healthier options like kale, strawberries, and other whole foods.

While the diet claims to set its participants on a quick path to weight loss, it also encourages intense calorie restriction. Here’s what you should know about the Sirtfood Diet before trying it.

What is the Sirtfood Diet?

The Sirtfood Diet is built around natural compounds found in fruits and vegetables called polyphenols. Goggins and Matten claim some polyphenols mimic the effects of fasting and exercise by activating proteins in our bodies called sirtuins.

Also known as SIRTs, or silent information regulators, sirtuins play a role in how the body metabolizes sugar and stores fat, especially during periods of fasting or severe caloric restriction.

A 2016 study published in the International Journal of Molecular Sciences found they could potentially help treat obesity. However, the evidence is in the early stages and most of the research comes from animals or human cells rather than human experiments.

For the Sirtfood Diet, Goggins and Matten recommend eating a lot of foods that are rich in polyphenols in order to activate sirtuins in the body. They call these foods “sirtfoods” — hence the diet’s name. However, researchers are still learning exactly how polyphenols affect sirtuins in the body and whether or not it may actually aid weight loss.

“I could not find any scientific evidence that the Sirtfood Diet works through activation of the sirtuin proteins,” says Ana Baylin, MD, an associate professor of nutritional sciences and epidemiology at the University of Michigan.

“The proposed foods definitely can activate the sirtuins, but that does not mean that if you lose weight it is exclusively because of that. You lose weight mostly because of caloric restriction in the beginning and because you are eating ‘reasonably’ healthy.”

What to eat on the Sirtfood Diet

Common sirtfoods that the diet promotes include:

The plan’s meals are all outlined in the Sirtfood Diet book. Some examples are shrimp stir fry with buckwheat noodles or strawberry buckwheat tabbouleh.

Followers of this diet plan can also expect to drink a lot of sirtfood-full juices that contain ingredients like kale, arugula, parsley, green apple, ginger, and matcha powder. Baylin points out the juice is just veggies and fruits. There’s no harm in drinking that.

“But it’s definitely not a good idea to substitute that for a meal,” she says. Drinking only juice for a meal could cause a spike in blood sugar levels since juice has little to no insoluble fiber. The occasional blood sugar spike won’t hurt, but over time if you have consistently high blood sugar levels it can lead to health complications like insulin resistance and prediabetes.

“On the other hand, it would be very healthy in the context of substitutions,” Baylin says. Instead of drinking a sweetened beverage with added sugar like soda, opting for the juice would be a healthier choice.

The Sirtfood Diet has two phases

In this phase, you’ll have three sirtfood meals and one green juice each day. The focus is not on counting calories, but eating balanced, sensibly portioned meals. Dieters are expected to steadily lose weight.

After three weeks, when phase 2 has ended, the Sirtfood Diet creators suggest drinking a green juice each day and eating a sirtfood-rich diet to sustain weight loss.

As for exercise, the Sirtfood Diet book says eating sirtfoods isn’t “a reason not to engage in exercise” and notes dieters should follow government recommendations of 150 minutes of moderate physical activity each week.

The Sirtfood Diet ranks 9 out of 10 for difficulty

The founders of the diet claim the tens of thousands of people who’ve tried the diet found it effective for rapid and sustained weight loss. Yet, Baylin says any diet that includes caloric restriction is always effective short term.

“You will definitely lose weight in the short term because you are consuming less calories,” she says. And while she agrees you can lose fat if you combine the diet with exercise, you’ll “most likely” lose water weight that will return after you stop following the diet.

But that level of restriction isn’t easy. People magazine reporter Julie Mazziotta tried the first week of the diet and gave it a 9 out of 10 on the difficulty scale. By 1 p.m. on day one, she says she was “miserable and starving.”

Is the Sirtfood Diet safe?

Apart from phase 1 not being nutritionally balanced or calorie-sufficient, Baylin says the diet’s safe to follow. “There is nothing in the proposed foods that is harmful — all those foods are perfectly healthy,” she says.

But, “I would not recommend the first phase of strict caloric restriction,” Baylin says. “However, most healthy adults should not have any problem following this diet.”

Moreover, Baylin says people are encouraged to eat a plant-based diet in phase 2 and beyond, which is a healthy way to keep off pounds.

“The problem is that in the end, a diet is a diet,” she says, “and if people do not embrace healthy eating as a new lifestyle — but as a ‘punishing’ diet — most likely they will never create the habit of eating healthy, and a little less, and they will regain the weight.”

The jury’s still out if there are any long-term effects of the diet, and there’s no research on whether it could present complications with other health conditions.

However, dietitians caution that people with diabetes or other chronic conditions could face serious health risks on this diet. So, before trying a highly restrictive diet, like the Sirtfood Diet, it’s always advised to consult a doctor first about potential risks you may face.