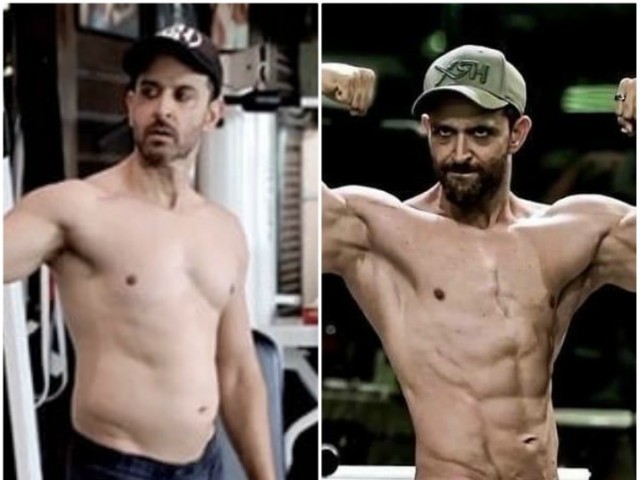 Hrithik Roshan’s physique has always been the blueprint for excellence in Bollywood. Often touted as the Greek God of Indian cinema, Hrithik is very particular about his built when on the silver screen.

The hard work and grit behind his well-defined musculature, however, is more so overlooked by fans. Recently Hrithik posted a video on his Instagram that gives fans a rare glimpse into the excruciating effort it took to prepare his physique for the film War.

The video outlines Hrithik’s journey wherein he literally went from zero to hero within the span of six months. It starts off with the Krish actor detailing how a slipped disc rendered made it difficult for him to work out and as a result left him out of shape.

. To the Kabir in all of us. Don't forget to thrive while you survive. Enjoy it all. The good, the bad. Juice everything out. . E.V.E.R.Y.T.H.I.N.G. . @hrxbrand #keepgoing #turnitupwithHrx

He talks about how he has to show a photo of himself to the producers of War in order to convince them that he was not physically ready to start filming. Throughout the video, Hrithik’s resistance is showcased as he works-out rigorously in spite of severe pain caused by his previous injuries.

According to the Super 30 star, the last time he had to start from scratch again was right before Krish back in 2012. In the video, he ultimately achieves his goal with his transformation happening right before the viewer’s eyes.

Have something to add to the story? Share in the comments below.