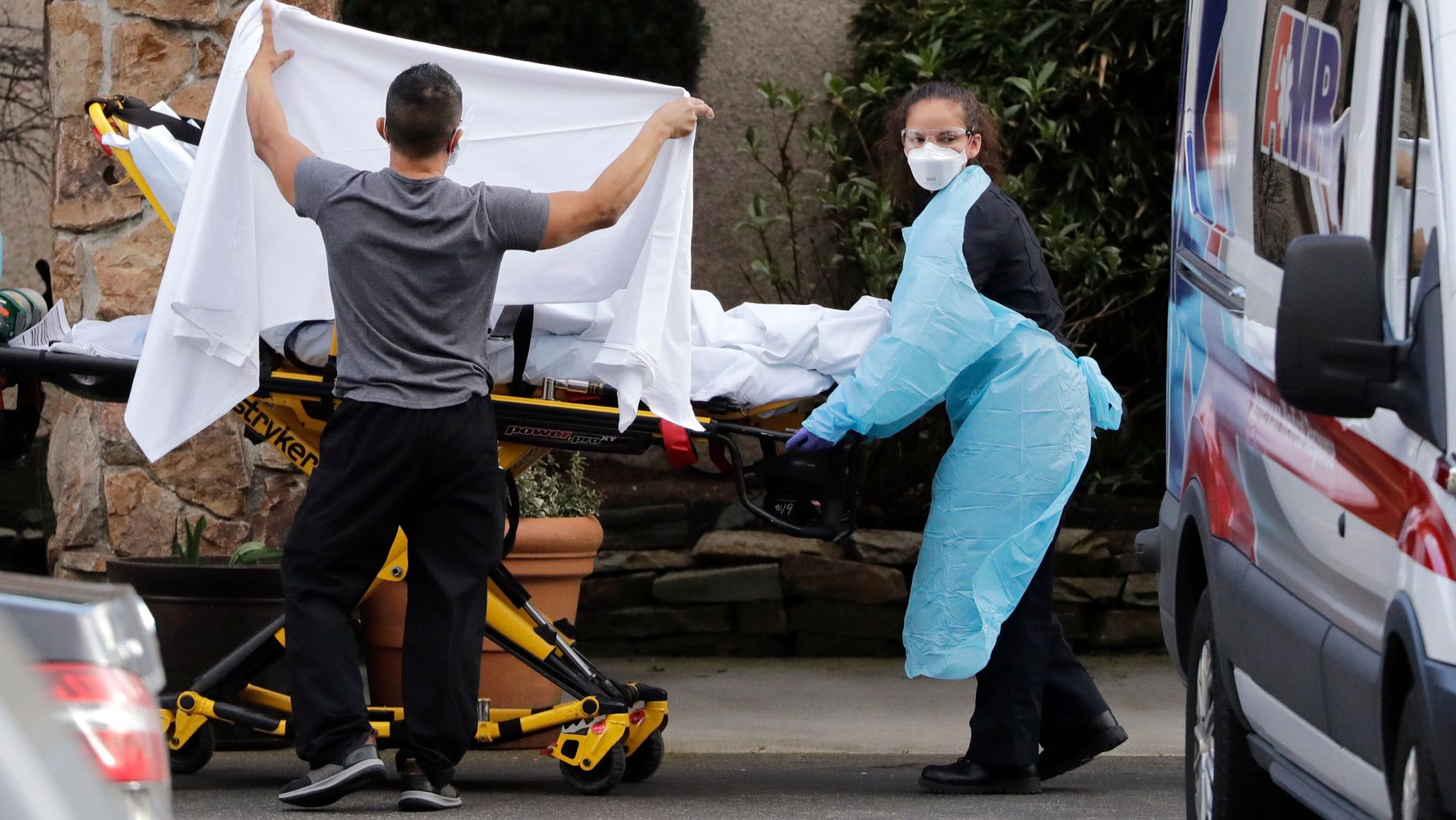 The U.S. Centers for Disease Control and Prevention and Washington state health officials have launched an investigation into two cases of coronavirus at a nursing home in a suburb of Seattle, the same town where the nation’s first coronavirus fatality occurred.

An outbreak in such a facility is particularly troubling because of the close quarters and the vulnerability of the elderly residents to disease.

A health care worker at the Life Care Center in Kirkland and a female resident in her 70s have tested positive for the disease, state and federal officials revealed in a media call Saturday.

Around 27 of 108 residents and 25 of 180 staff members also have some symptoms of COVID-19, and are being tested, officials said.

Authorities are “very concerned about an outbreak in this setting, where there are many older people,” said county health official Jeff Duchin.

We went to Life Care Center of Kirkland and found these signs outside. There are about 50 people who have symptoms that could indicate Coronavirus, 2 confirmed cases. (One is 70yo patient at Evergreen, one woman in 40s is a center employee now treated at Overlake) @KIRO7Seattle pic.twitter.com/bBo8FBIQdD

A man in his 50s with COVID-19 died at the EvergreenHealth hospital in Kirkland. He was not a resident of the nursing home, said CDC officials.

President Donald Trump mistakenly referred to the victim at a press conference Saturday as a “wonderful” woman in her late 50s with health problems. The resident and health care worker from the long-term care facility who tested positive are now being treated at EvergreenHealth.

CDC spokeswoman Dr. Nancy Messonnier said: “Our hearts go out to the family of the patient who died as well as the families of the people who are caught up in this outbreak. The health of the residents, staff and community of this skilled nursing facility are a top priority … and the well-being of the people in the surrounding community.”

Duchin said the lack of tests, which are provided by the CDC, delayed the time it took to identify people with the virus. ProPublica reported that the CDC’s slow response was due, in part, to its decision to create its own test to identify the virus rather than complying with World Health Organization test guidelines that other countries use.

“If we had the ability to test earlier, I’m sure we would have identified patients earlier,” he said.

Two other state residents — a high school student and a woman in her 50s who live in the Seattle area — have also tested positive for COVID-19, officials reported Friday.

The woman had recently returned from a trip to South Korea. But the teen had no recent travel to countries affected by the virus, nor an apparent personal tie to someone with the illness. The case could be another instance of community transmission of the disease, which is harder to track and contain. There have been two suspected cases of community transmission in California, and one in Oregon.

The teen’s high school has been shut down for “deep disinfecting,” according to the health.” Both the teen and woman are recovering at home.

Trump on Saturday announced travel restrictions to fight the virus, but did not address issues such as the inaccessibility of tests. Trump insisted that “healthy people” will “probably go through a process” if they get sick with the virus, and “you’ll be fine.”

That hasn’t been the message from health experts, though they have urged calm.

[ad_1] Washington — Dr. Scott Gottlieb, the former commissioner of the Food and Drug …