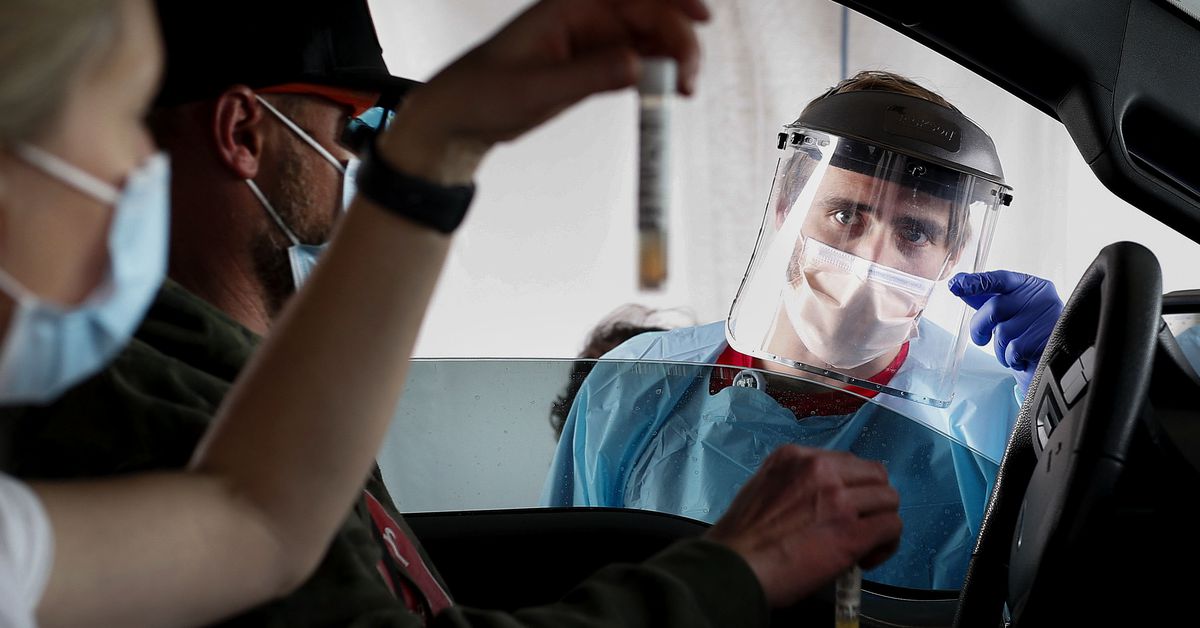 “Our office has seen a notable increase in the number of COVID-related death investigations we have conducted in the past several days. While we would expect this increase given the current surge in case counts, it does not make these deaths any less tragic,” Dr. Erik Christensen, the state’s chief medical examiner, said in a statement.

“Every day at the office of the medical examiner there are harsh reminders of the seriousness of this disease. I see firsthand the devastating impacts it has on those who are left behind. Let me be clear, these deaths are preventable.

“None of the individuals who we determine to have died from COVID-19 would have suffered this fate at the time they did had they not been infected with COVID-19,” Christensen said.

Christensen pleaded with Utahns to wear masks, maintain physical distancing and stay away from others if sick — “especially those who are at a higher risk for severe illness.”

The medical examiner’s office investigates any death that occurs outside of a hospital, as well as many that occur in long-term care facilities, Christensen said.

“Lately, since COVID started, a small number of the cases that we see are ones where there’s concern where it might be COVID, the person was having flu-like symptoms, they were coughing,” he explained.

But the victim might have had other health or drug use issues, he said. “Especially if they’re younger, or really any of them, on the face of it from the scene we don’t know whether their death is related to COVID or not.”

“Young people are still mostly not dying from it, but we have certainly seen — I think the youngest that’s been reported is an 18-year-old — but we’ve seen quite a number of 30-year-olds, 40-year-olds,” Christensen said. “The older you are, the more likely it is to be lethal for you, but it’s not necessarily a respecter of age, either.”

The office examines the body and tests it for coronavirus. Medical examiners also review the victim’s medical records, investigate the circumstances around what happened at their time of death, talk to family members, and gather all the information available to make a final determination, Christensen said.

Medical examiners list COVID-19 as the primary cause of death if a person wouldn’t have died when they did if not for the disease, he said. That includes if someone with cancer, for example, was receiving hospice care but was not expected to die immediately from cancer, contracted COVID-19 and died sooner than expected.

Some conspiracy theories have circulated claiming that those who die due to injuries sustained during car crashes or gunshot wounds are listed as COVID-19 deaths if they test positive for the disease. That is not true, Christensen said.

Each body that goes to the medical examiner’s office for examination gets tested for coronavirus, he said, but that’s to help investigate how prevalent the infection is in the community.

Another conspiracy has claimed that hospitals list deaths as caused by COVID-19 to receive pandemic relief funding from the federal government. Christensen said that’s not true in his office, and he doesn’t believe it’s true in hospitals.

“We’re getting money to the office to help with the response to all of this, but it’s certainly not on a case-by-case basis, and it certainly doesn’t have anything to do with what we put on a death certificate,” he said.

Utah’s death toll now stands at 474 people who have died from complications caused by COVID-19. Four of those deaths, however, are considered “probable” coronavirus deaths. Friday’s 15 deaths — the most that have been reported in a single day throughout the pandemic — were also not all recent. Nine occurred during the last week, two occurred earlier in September, two occurred in August, and two occurred in July, officials said.

“The deaths we report on a daily basis often occur several days, or even weeks prior to our reporting them publicly. This is due to the time it takes for deaths to be reported by hospitals, long-term care facilities, or funeral homes to the office of the medical examiner, and for the (medical examiner’s office) to conduct its death investigation,” according to the statement.

Four of the deaths in July and August were recently referred to the medical examiner’s office for investigation and were certified on Thursday as related to the coronavirus, officials said.

The deaths reported Friday were:

The state’s death rate of confirmed cases remains well below 1%, at .63% as of Friday.

Friday’s cases were confirmed as 9,365 tests were reported, with an 11.8% positive rate.

Now 190 people are hospitalized with the disease in Utah, 11 fewer than were hospitalized on Thursday. The state’s nearly 600 intensive care unit beds are 68.9% full with coronavirus patients and others. Hospitalizations in the state since the outbreak hit now total 3,916.

“More high COVID-19 numbers today. This virus is unrelenting. We must continue to take it seriously in order to avoid unnecessary and heartbreaking losses. Thank you for masking up #slc, and for keeping your distance from others as you recreate and socialize safely,” Salt Lake City Mayor Erin Mendenhall tweeted.

The high increase in cases and deaths on Friday in Utah came as President Donald Trump tested positive for the disease.

“Every diagnosis of COVID-19 should make us take the disease seriously. Today, over 1,100 people in Utah tested positive for coronavirus. These are good reminders to all of us that we should continue social distancing — and wear a mask when that is not possible,” said Anna Lenhardt, Utah Gov. Gary Herbert’s communications director, when asked what the president testing positive might mean for Utahns’ perception of the disease’s seriousness moving forward.

Nearly 56,200 of the state’s cases are considered recovered after surviving the three-week point since their diagnoses, meaning about 18,500 cases remain active.