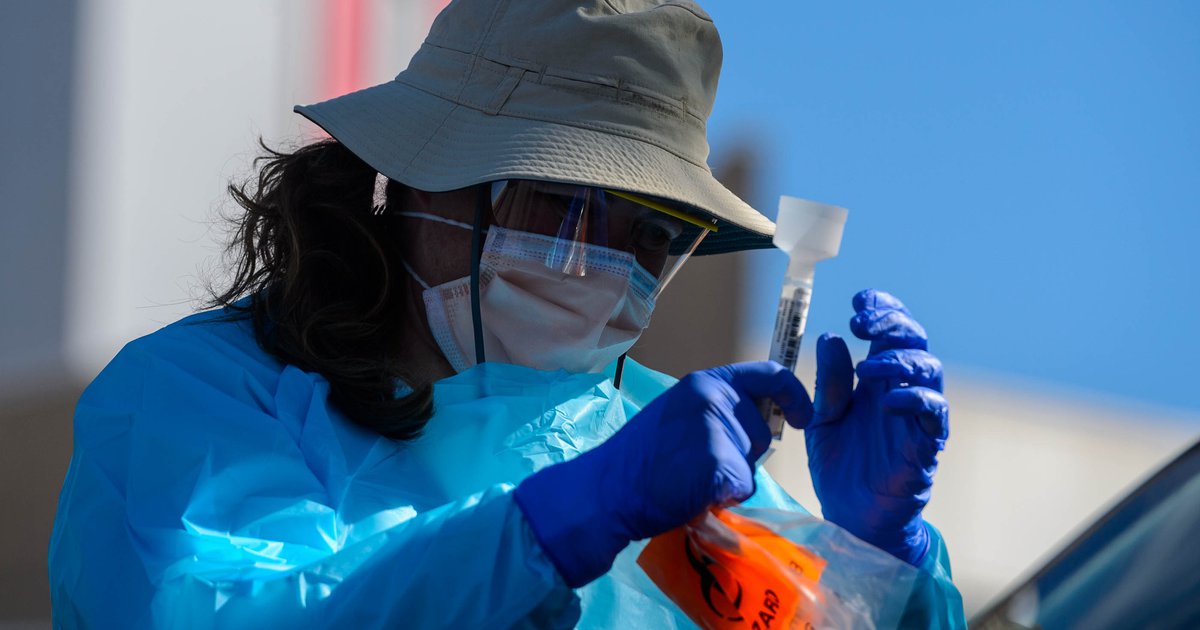 Editor’s note: The Salt Lake Tribune is providing free access to critical stories about the coronavirus. Sign up for our Top Stories newsletter, sent to your inbox every weekday morning. To support journalism like this, please donate or become a subscriber.

Masks will be required in several of Utah’s counties under the statewide order.

But Herbert said local governments will be allowed to decide how and whether to enforce the rules on mask-wearing, social distancing and crowding in public and private gatherings.

“We are having one of the worst outbreaks in the country and this is unacceptable,” Herbert said in a news conference Tuesday, where state officials explained the new system.

Starting Tuesday, each county will receive a weekly rating of high, moderate or low “level of transmission,” depending on its per-capita rate of new cases and the percent of its tests that are positive, as well as hospitalization trends statewide.

In any county defined as having a “high” level, masks are required in public indoor settings, as well as outdoors if social distancing isn’t feasible. As of Tuesday, that included Utah, Salt Lake, Garfield, Juab, Cache and Wasatch counties.

The new rules also will eventually limit social gatherings to 10, 25 or 50 people depending on the county’s rating. Bars, restaurants and event venues must keep guests apart from each other according to crowding restrictions tied to each level.

But until Oct. 29, counties with “moderate” transmission levels also will have to require masks and limit social gatherings. State officials hope the temporarily heightened rules will serve as a a two-week “circuit breaker,” said the state’s acting public health director, Rich Saunders, as Utah reports record-high rates of new cases in the country’s fifth-worst outbreak, according to an analysis by The New York Times.

On Tuesday, the Utah Department of Health reported 987 new coronavirus cases and a seven-day average of 1,182 new positive test results per day — below Saturday’s record of 1,189, but far above the state’s goal to keep weeklong averages to fewer than 400 new cases per day.

Record-high numbers of new cases in the past week were reported in Davis and Tooele counties as well as the Central Utah, Southeast Utah and Weber-Morgan health districts.

“Some of our hospitals are already load-leveling,” moving patients around to make room for COVID-19 patients, Herbert said. He also said the state’s health department and National Guard are on standby to open a field hospital in the Mountain American Expo Center in Sandy.

There were 249 Utah patients concurrently admitted as of Tuesday, UDOH reported. On average, 241 patients have been receiving treatment in Utah hospitals each day for the past week — the highest weeklong average since the pandemic began. In total, 4,383 patients have been hospitalized in Utah for COVID-19, up 52 from Monday.

Saunders said rates in cases and hospitalizations will change if people change their behavior, noting that Utah County has seen a decline in new cases since the county implemented a mask order — though the county still has a higher rate of new cases per capita than any other health district in the state.

“Our announcement of this new system without your involvement is practically nothing,” Saunders said.

Herbert said he expects rules to be honored by individuals, without much enforcement from the government.

“The design is not to impose civil penalties, or cause trouble with some kind of enforcement method,” Saunders added. “Our goal is toward general cooperation.”

House Speaker Brad Wilson said the new system, “most importantly, … places responsibility for our state’s response with each of us individually.”

The new rules replace the color-coded system the state has been using — and modifying — for months. A fact sheet provided by the state indicates that the state is generally rolling back its industry-specific COVID-19 guidelines, except for restaurants, bars and venues such as theaters, auditoriums and event halls. The previous, color-coded system included detailed restrictions for gyms, pools, childcare providers, retail businesses, and personal care services for hair and other grooming.

Instead, businesses are expected to maintain healthy practices, and it’s up to consumers to judge whether a business is doing so, Saunders said. He touted the state’s “Stay Safe to Stay Open” campaign to help find businesses that are using health protocols.

As COVID-19 cases have increased across the state, Wilson said in a prepared statement, “it has become evident that the color-coded system implemented during the first weeks of the pandemic was no longer meeting the needs of the ongoing response.”

The color-coded guidelines, which classified counties into red, orange, yellow and green categories, have become a source of friction between state and local leaders at times over the course of the pandemic.

On the other hand, officials in some rural communities have railed at the state for refusing to move them to a less restrictive category.

Schools are allowed to remain open for in-person learning at all transmission levels, according to the state. Religious services and events with “organizational oversight” are not subject to size restrictions on social gatherings under the new system.

Changes will be announced weekly.

“Counties can only be moved from higher to lower levels after spending a minimum of 14 days in that lower level,” state epidemiologist Dr. Angela Dunn noted.

Herbert said on Twitter that the changes come from “days of round-the-clock discussions with public health experts and legislative leaders.”

“I, like you, am tired of 2020. I’m tired of emergencies, and of social distancing,” Herbert said. “It doesn’t matter how tired we are. We must, in fact, win this fight.”

For the past week, 13.8% of all tests have come back positive — a rate that indicates a large number of infected people are not being tested, state officials have said. Statewide, Utah’s rate of positive tests has been above 5% since May 25, according to UDOH data.

There were 8,801 new test results reported Tuesday, above the weeklong average of 8,019 new tests per day.

Utah’s death toll from the coronavirus stood at 522 on Tuesday, the same as Monday.