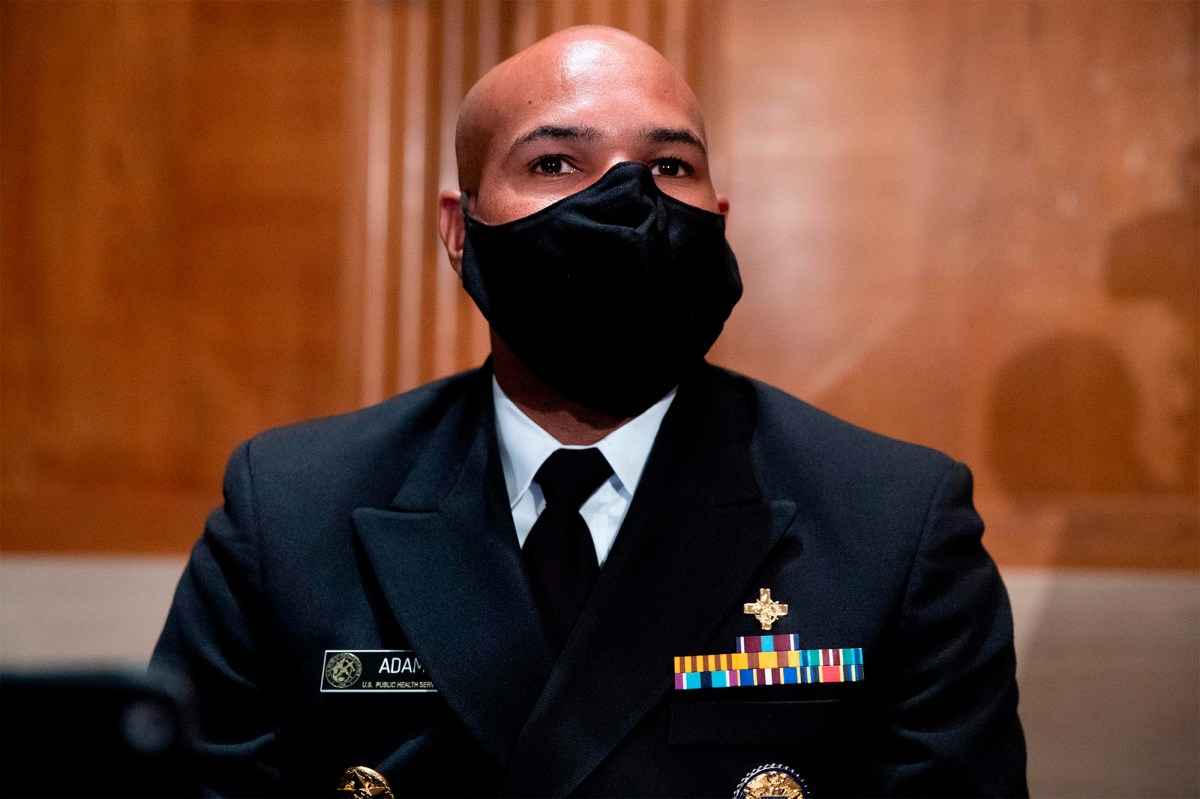 Amid the alarming spike in coronavirus cases nationwide, US Surgeon General Dr. Jerome Adams said the one symptom that can help people differentiate between COVID-19 and the flu is the loss of taste and smell, according to a report.

“If you get that symptom, then you need to be reaching out to your health provider right away and going in and getting a COVID test,” Adams said Saturday on NPR’s “All Things Considered.”

Asked why the pandemic – which has infected almost 11 million people and killed more than 245,000 in the US, according to Johns Hopkins University – has surged to such a degree, Adams attributed it to “pandemic fatigue.”

“The virus hit different places of the country at different points, and so you’ve had people who’ve been doing these things since February, March, April, but they didn’t really start to see the wave until later on. And they’re just plain tired,” he said.

Adams, the head of the US Public Health Service Commissioned Corps, said he has been traveling across the nation to provide guidance on how to stem the community spread of the illness.

“I’ve been in South Dakota. I’ve been in Wisconsin. I’ve been in Ohio just over the past two weeks, really speaking directly to people, helping them understand their surges that are going on and the measures that they need to take at their state level,” he said.

Host Michel Martin also asked Adams about remarks that Dr. Atul Gawande, a member of President-elect Joe Biden’s coronavirus advisory group, made to NPR that the Trump administration has not been cooperating and sharing important information about its response to the pandemic.

“There’s none of us on this side — and I hate that you even have to put it that way — who want anything more than they get this virus under control,” Adams responded.

“And we have always been willing to work with anyone to get it done. So I hope we can really move past this whole Biden task force, Trump task force and talk about what we need to do for the nation.”

“There is no information that we have that we don’t share with the American public in general and that is not available to the Biden task force,” he continued.

“And so I’m here, and I’m willing to talk to anybody at any point. And that’s the most honest answer that I can give you because I think we all need to have the information to make informed decisions to protect ourselves.”

Adams also reiterated that the coronavirus spreads “much more easily” than influenza as he urged people to “take measures to prevent both — wearing a mask, washing your hands and watching your distance,” as well as getting a flu shot.