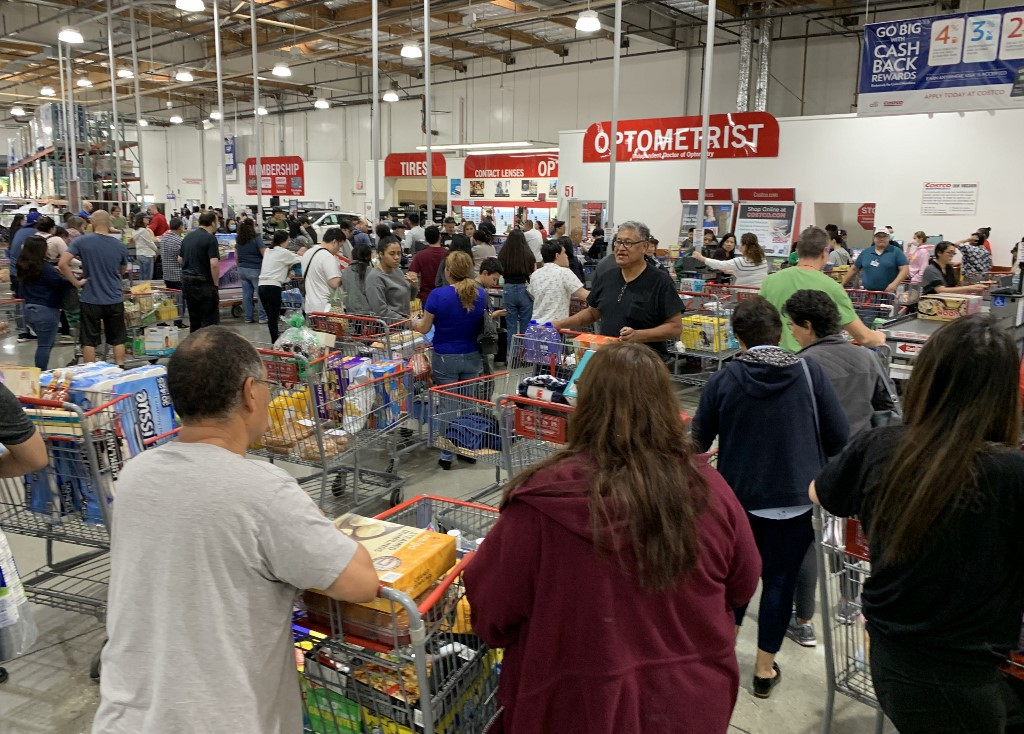 The number of United States deaths from the novel coronavirus rose to six on Monday, all in the state of Washington, officials said, signaling the contagion has taken root in the Pacific Northwest.

US Vice President Mike Pence announced a treatment for the disease could be available by summer or early fall, but that a vaccine was farther off.

Pence, the administration’s pointman for the crisis, also said the government was moving to screen 100 percent of passengers flying in from Italy and South Korea, two serious virus hot zones.

Five of the six American fatalities have been from King county, the most populous in Washington state and home to Seattle, a city of more than 700,000 people. The sixth victim was from neighboring Snohomish county, officials said.

“The risk for all of us of becoming infected will be increasing,” said Jeff Duchin, a health officer in King County.

“Although most of the cases will be mild or moderate, the infection can cause serious illness and there’s a potential for many people to become ill at the same time.”

The state reported four new cases, three from the same nursing home, taking the total number of US cases to more than 90 – about half of which were people repatriated from either China or a virus-stricken cruise ship off Japan.

Dow Constantine, the top official in King County, said his office was in talks to purchase a motel in which to place people who required isolation, adding: “We have to move to a new stage in the fight to contain, mitigate and manage this outbreak.”

Pence told reporters at the White House that treatments “could literally be available by this summer, or early fall.”

He was likely referring to the drug remdesivir, an antiviral drug developed by the pharmaceutical firm Gilead that has already been used to treat one US patient and was moving toward two final stage expansive clinical trials in Asia.

There are numerous vaccines and treatments under development, but remdesivir is the closest to market availability.

Pence added that US pharmaceutical companies had formed a consortium to work together and share information to develop these drugs.

New travel protocols “will ensure that anyone traveling on a direct flight to the United States of America receives multiple screenings at all airports in Italy and South Korea,” he said.

The United States is also drastically expanding its diagnostic efforts after coming under fire for not testing enough.

“The estimates that we’re getting from industry right now, by the end of this week close to a million tests will be able to be performed,” said Food and Drug Administration chief Stephen Hahn.

In New York, Governor Andrew Cuomo warned it was “inevitable” that the virus would spread in the global financial hub after its first confirmed case was detected in a health care worker who had visited Iran.

“There is no doubt that there will be more cases. This is New York – we’re a gateway to the world,” Cuomo told reporters.

Cuomo said the 39-year-old woman who tested positive at the weekend had mild symptoms and was recovering in isolation at home. Her husband is however expected to test positive as well.

Globally, more than 3,100 people have died as a result of the virus, the vast majority of them in China. More than 90,000 people have been infected, with cases registered in more than 60 countries.