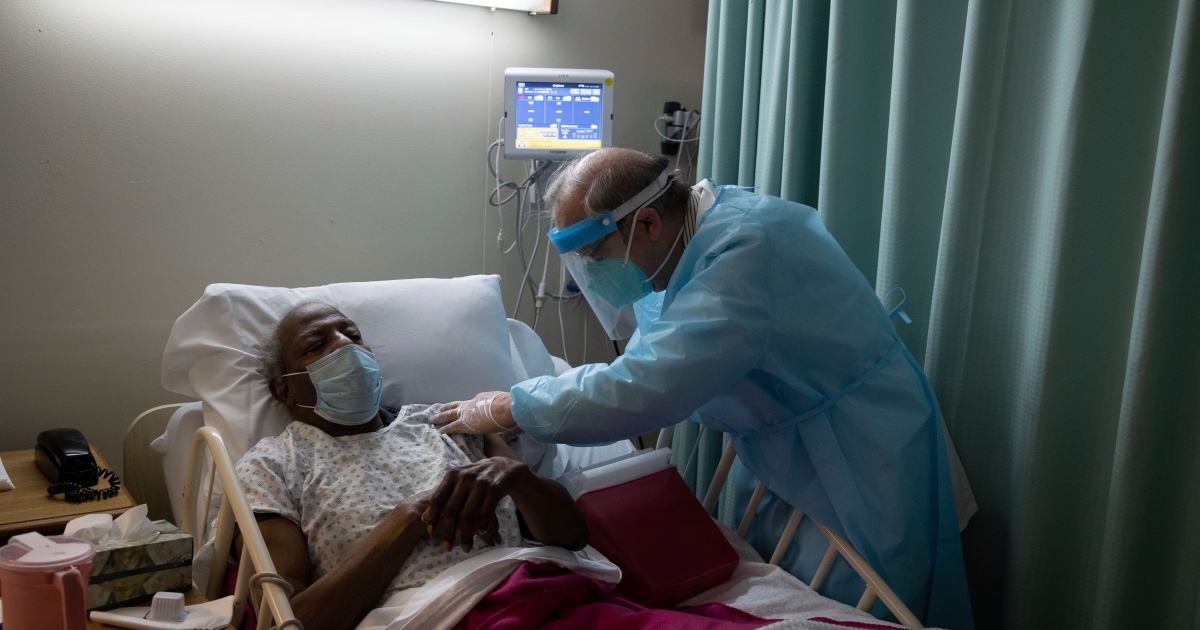 A new, more transmissible variant of the coronavirus first discovered in the United Kingdom has been detected in 10 US states, the US Centers for Disease Control and Prevention (CDC) has said, warning that it could become the dominant circulating variant in the United States by March.

The variant, known as B.1.1.7, is believed to be twice as transmissible as the current version of the virus circulating in the US, but so far, there is no evidence that it causes more severe illness or is transmitted differently.

Its rapid spread will increase the burden on health resources at a time when infections are surging, further sapping strained healthcare resources and increasing the need for better adherence to mitigation strategies, such as social distancing and mask-wearing, the CDC said on Friday in its weekly report on death and disease.

It also increases the percentage of the population that needs to be vaccinated to achieve protective herd immunity to control the pandemic, the CDC said.

The UK variant currently is in 10 states but has been diagnosed in only 76 of the 23 million US cases reported to date.

However, it’s likely that this version of the virus is more widespread in the country than is currently reported, according to CDC scientists.

Separately on Friday, US President-elect Joe Biden chose David Kessler, the former head of the Food and Drug Administration (FDA), for a senior role in the new administration’s efforts to boost the availability of COVID-19 vaccines, Biden’s transition team said.

The news came as Biden’s team predicted the US would mark some 500,000 deaths from the pandemic by next month and as the president-elect was due to outline plans to ramp up vaccinations.

Kessler, a paediatrician and lawyer who headed the FDA under Presidents George HW Bush and Bill Clinton, will be chief science officer of the administration’s COVID-19 response.

His own plan calls for Congress to spend $20bn on vaccine distribution.

“We’re going to see 500,000 deaths in this country sometime next month,” Klain said.

Kessler has been a co-chair of Biden’s advisory board on the pandemic. As head of the FDA, Kessler cut the time needed to approve drugs to treat AIDS and moved to try to regulate the tobacco industry.

His appointment comes at a critical point for the government’s effort to speed up the development and distribution of vaccines and treatments for the coronavirus in a country that has been particularly hard hit by the virus.

Biden has vowed to get 100 million COVID-19 vaccine doses injected into Americans in his first 100 days in office.

That pace is more than double the current rate, but would still leave most of the country without the shot by the end of April.

Trump’s administration had aimed to give vaccine doses to 20 million Americans by the end of 2020 – but only 11.1 million shots had been administered as of Thursday, according to data from the CDC.

In a bid to expand vaccination efforts, the Trump administration said Tuesday that it was releasing millions of COVID-19 vaccine doses it had been holding back for second shots.

The move was a departure from an earlier strategy to stockpile enough doses to ensure that required second doses of the vaccines are available.

The vaccines from Pfizer/BioNTech and Moderna, which were approved last month, require two doses.