December 02, 2022
Home Health News Up to 1 million people could be tested for coronavirus in the US by the end of the week, health officials say – CNN 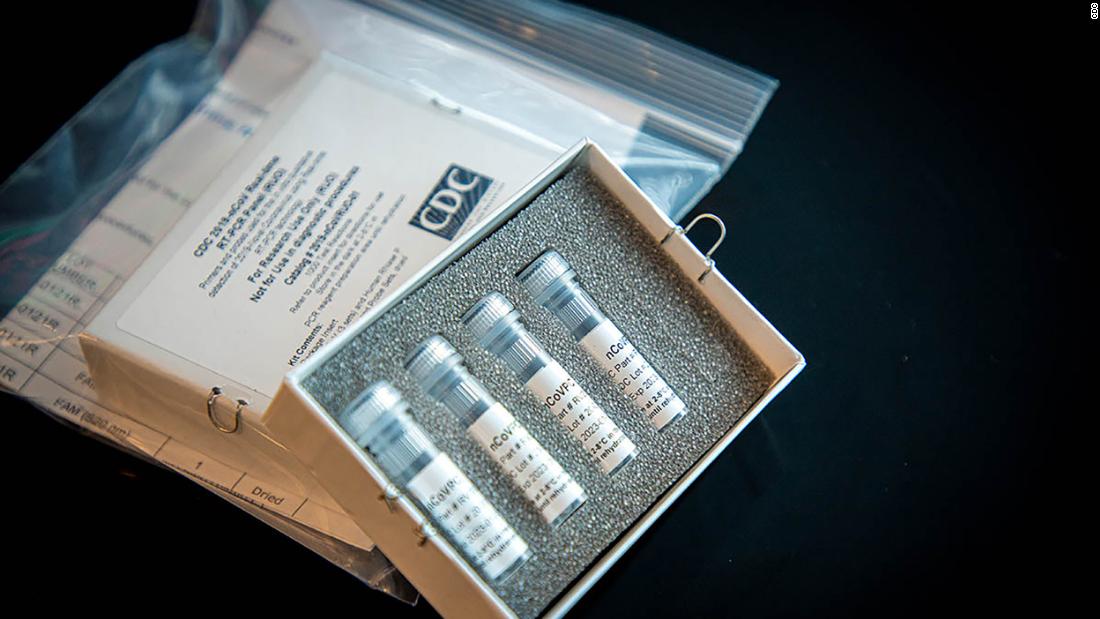 Cases of the virus have now been reported in 12 states — the majority of them in California and Washington, where six people have died.
About a quarter of the current cases were likely transmitted through US communities, officials have said, meaning they were not travel-related.
“My concern is as the next week or two or three go by, we’re going to see a lot more community-related cases,” Dr. Anthony Fauci, director of the National Institute of Allergy and Infectious Diseases, said in a news conference Monday. “That’s of great concern.”
The number of cases has been on the rise as new guidelines from health officials gave more labs the go-ahead to conduct tests. Faulty kits from the Centers for Disease Control and Prevention initially led to delayed and inconclusive results.
Over the weekend, the US Food and Drug Administration further expanded who could test for the virus by allowing additional labs to develop their own tests for the virus. The move, FDA Commissioner Stephen Hahn said, would enable academic centers and private companies to develop and use tests.
He said up to 1 million tests will likely be conducted by the end of the week.
“We believe this policy strikes the right balance during this public health emergency,” Hahn said in a statement. “We will continue to help to ensure sound science prior to clinical testing and follow-up with the critical independent review from the FDA, while quickly expanding testing capabilities in the U.S.”
With more labs testing for the virus, the CDC stopped publishing the number of patients tested in the country — a figure it had kept track of on its website.
“Now that states are testing and reporting their own results, CDC’s numbers may not represent all of the testing being done nationwide,” the agency said in a Tuesday email to CNN.

Meanwhile, state and health officials maintain there is no need to panic.
“We’ve seen an increase of cases in the United States over the weekend,” Surgeon General Jerome Adams said Monday. “I want folks to understand that we knew this was coming, we told folks that this was going to happen and it is why we’ve been preaching preparedness from the very start.”
He added, “Caution is appropriate. Preparedness is appropriate. Panic is not.”
Of the 105 cases, at least 45 are repatriated residents from the Diamond Princess cruise ship, which docked in Japan last month after an outbreak. At least 18 cases were confirmed in Washington state, with six deaths.
Four of those who died, officials said, were residents of Life Care Center, a long-term nursing facility in a suburb of Seattle. More than 50 residents and staff members were experiencing symptoms and were tested for the virus, King County health officer Jeffrey Duchin said Monday.
“Current residents and associates continue to be monitored closely, specifically for an elevated temperature, cough and/or shortness of breath,” officials said in a statement on the Life Care website. “Any resident displaying these symptoms is placed in isolation. Associates are screened prior to beginning work and upon leaving.”
Cases have also been detected in Illinois, Rhode Island, Massachusetts, Oregon, Georgia and Florida.
New York has two cases: a 39-year-old health care worker who recently returned from Iran and a man in New Rochelle who works in Manhattan, Gov. Andrew Cuomo said. The woman is in home isolation with her husband, and the New Rochelle man is ill in the hospital, the governor said.
Disease detectives have identified the woman’s close contacts, while they are still investigating the man’s travel, which included no trips to China or any other country on the watch list, he said.
“We’re tracing that back now, but he did test positive and there’s no apparent connection so it would be what we call a community spread case,” Cuomo said on a Long Island radio show.

Twenty cases of the virus have been reported in California, the most of any state.
In Northern California, two more cases were confirmed Monday, according to Santa Clara County Public Health Department, bringing the county’s total to nine.
Alameda and Solano counties also each had a resident test positive for the virus, the counties’ health departments said in a news release Sunday.
Both are health care workers who were exposed to a patient at University of California Davis Medical Center in Sacramento, the release said.
More than 120 UC Davis health care staff self-quarantined after possibly being exposed to the patient last week. The case sparked a change in testing guidelines by the CDC after the patient remained untested for days in the hospital because the patient didn’t meet existing guidelines.

[ad_1] The coronavirus has found a crack in the nation’s public health armor, and …