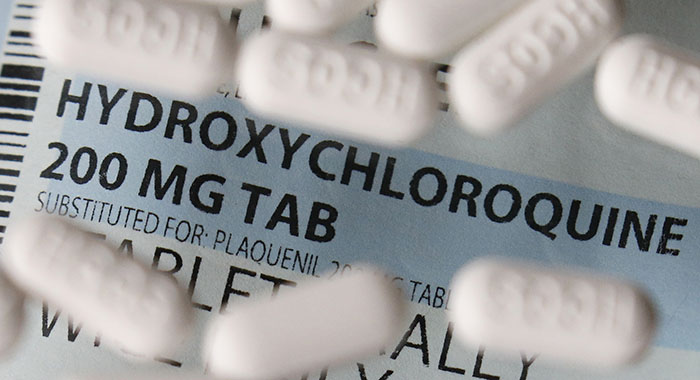 “It doesn’t work,” declared Martin Landray, one of the lead researchers, at a briefing. Patients receiving hydroxychloroquine died at about the same rate — about one in four — as those receiving regular care in a randomized trial being conducted by the University of Oxford and the U.K. National Health Service.

Researchers said they’re no longer giving patients the malaria drug in the so-called RECOVERY trial, which will continue to evaluate three other treatments as potential coronavirus fixes.

For anyone who’s hospitalized, “hydroxychloroquine is not the right treatment,” Landray said.

Researchers reviewed their data earlier than planned following a request Thursday by the U.K.’s drugs regulator.

It’s the latest twist for the controversial drug, championed by U.S. President Donald Trump, among others. Last month, a massive observational study published in the Lancet suggested it increased the risk of death, prompting the World Health Organization to pause its study of hydroxychloroquine.

As questions about that study grew, leading to the Lancet’s retraction on Thursday, the WHO restarted its hydroxychloroquine study, saying the data from current randomized trials don’t show it causing extra harm.

The WHO now plans to once again reconsider testing hydroxychloroquine after the U.K. researchers informed the U.N. health body of their determinations this morning, said Peter Horby, the other principal investigator.

Among the 11,000 patients in the RECOVERY trial, 1,542 were randomly assigned to receive hydroxychloroquine compared to 3,132 getting regular care, with the rest using the other treatments in the study. After 28 days in the hospital, 26 percent died on hydroxychloroquine, while 24 percent in the control group died, a statistically equal result.

There was no evidence the drug shortened hospital stays or otherwise improved outcomes, researchers said. Nor was there evidence it caused greater risks.