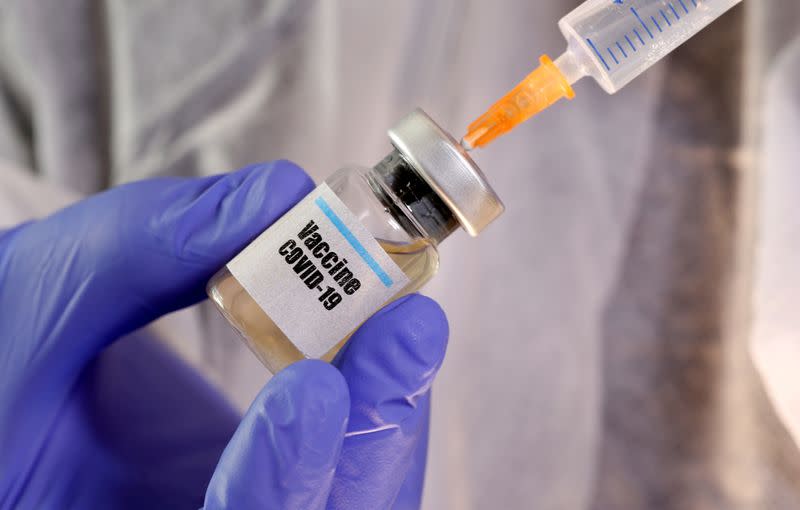 (Reuters) – The Trump administration anticipates launching a far-reaching promotions campaign by November to encourage Americans to get vaccinated against the coronavirus, contingent on evidence that a successful vaccine will be available roughly by year end, a senior administration official said.

The campaign will likely be compressed into a short period of time, around four to six weeks, to eliminate any lag between when Americans are alerted to the vaccine and then they can get vaccinated, the official said during a press conference.

“The fine line we are walking is getting the American people very excited about vaccines and missing expectations versus having a bunch of vaccines in the warehouse and not as many people want to get it,” the official said.

“You may not hear a lot about promoting vaccines over the airwaves in August and September but you’ll be overwhelmed by it come November.”

The official cautioned that there is still uncertainty around the timing of when a vaccine will actually be available. Doses could be available as early as October or as late as January, he said.

He also added that the details of the communications campaign will vary based on which subsets of the population the vaccines prove most likely to benefit, which will be determined as data reads out from ongoing clinical trials.

Moderna Inc (MRNA.O) and Pfizer Inc (PFE.N) launched two 30,000-subject trials of COVID-19 vaccines on Monday that could clear the way for regulatory approval and widespread use by the end of this year.

The U.S. government has begun preparing to distribute the vaccines, including talking to private companies about developing technology to track their deployment and monitor who has received them.

[ad_1] In excruciating pain with lesions on her face and scalp, Tracey Fine lay …