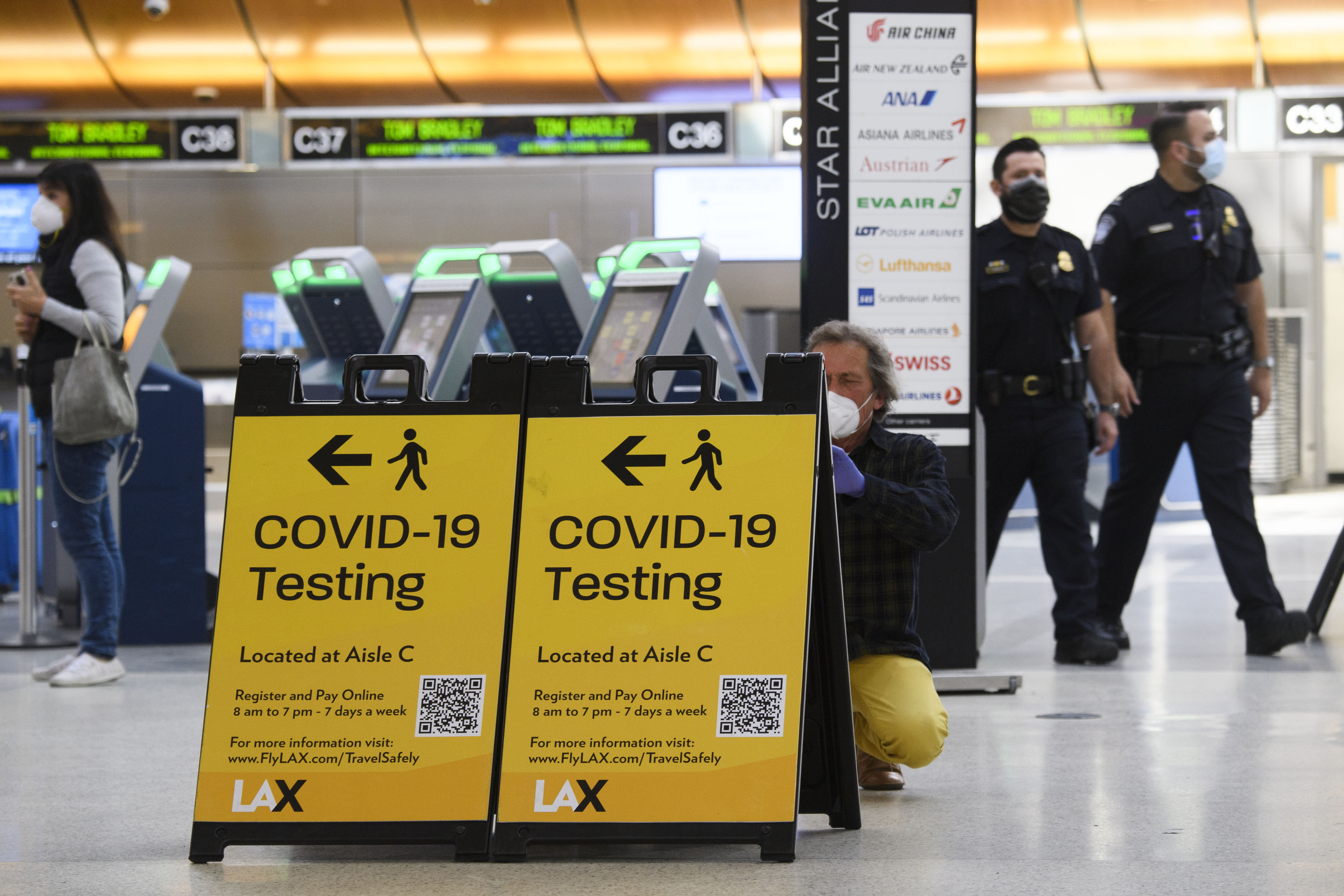 The mutant coronavirus strain first identified in the United Kingdom remains at low levels in the United States but is doubling its reach approximately every 10 days, according to a study published by researchers on Sunday.

The study bolstered modeling done by the Centers for Disease Control and Prevention, which predicted last month that the more contagious variant could be the dominant strain in the U.S. by March.

The U.S. still has time to take steps to slow down the new virus strain, the researchers wrote, but they warned that without “decisive and immediate public health action” the variant “will likely have devastating consequences to COVID-19 mortality and morbidity in the U.S. in a few months.”

The new coronavirus strain, also known as B.1.1.7, spread rapidly through the United Kingdom and has become the dominant strain in that country, which is by some measures the hardest hit in Europe.

Health officials have said that existing vaccines are likely to work against new strains, though their efficacy may be somewhat reduced.

The study found that there is “relatively low” amounts of B.1.1.7. in the U.S. at the moment but that, given its speedy spread, it is “almost certainly destined to become the dominant SARS-CoV-2 lineage by March, 2021.”

The new strain accounted for 3.6% of coronavirus cases in the U.S. during the last week of January, according to the study.

The researchers noted that tracking the nationwide spread of the strain is complicated by the lack of a national genomics surveillance program like those found in the U.K., Denmark and other countries.

They wrote that they had “relatively robust” estimates from California and Florida, but that data outside those states was limited.

The growth rate of the virus diverged in the two states, with B.1.1.7. appearing to spread somewhat slower in California. The study authors wrote that the strain was doubling about every 12.2 days in California, 9.1 days in Florida, and 9.8 days nationally.

The study supports the conclusion that the new strain is already spreading via “significant community transmission.”

The authors suggest that the virus was introduced to the country via international travel, and spread via domestic travel as millions of Americans traversed the country around the Thanksgiving, Christmas and New Year’s holidays over the fall and winter.

The authors also found that the variant was growing somewhat slower than it has in European countries, a fact they said that requires further investigation but may be the result of the sparsity of current data or other factors — including “competition from other more transmissible” variants.

Other worrisome coronavirus strains have been detected in South Africa and elsewhere.

The researchers warned that their findings “reinforce the need” for robust surveillance in the U.S. of possible new and emerging coronavirus variants.

“Because laboratories in the U.S. are only sequencing a small subset of SARS-CoV-2 samples, the true sequence diversity of SARS-CoV-2 in this country is still unknown,” they wrote.

“The more established surveillance programs in other countries have provided important warnings about variants of concern that can impact the U.S., with B.1.1.7 representing only one variant that demonstrates the capacity for exponential growth,” they added.

“Only with consistent, unbiased sequencing at scale that includes all geographic and demographic populations including those often underrepresented, together with continued international scientific collaborations and open data sharing, will we be able to accurately assess and follow new variants that emerge during the COVID-19 pandemic,” the researchers wrote.

Subscribe to CNBC Pro for the TV livestream, deep insights and analysis  on how to invest during the next presidential term.