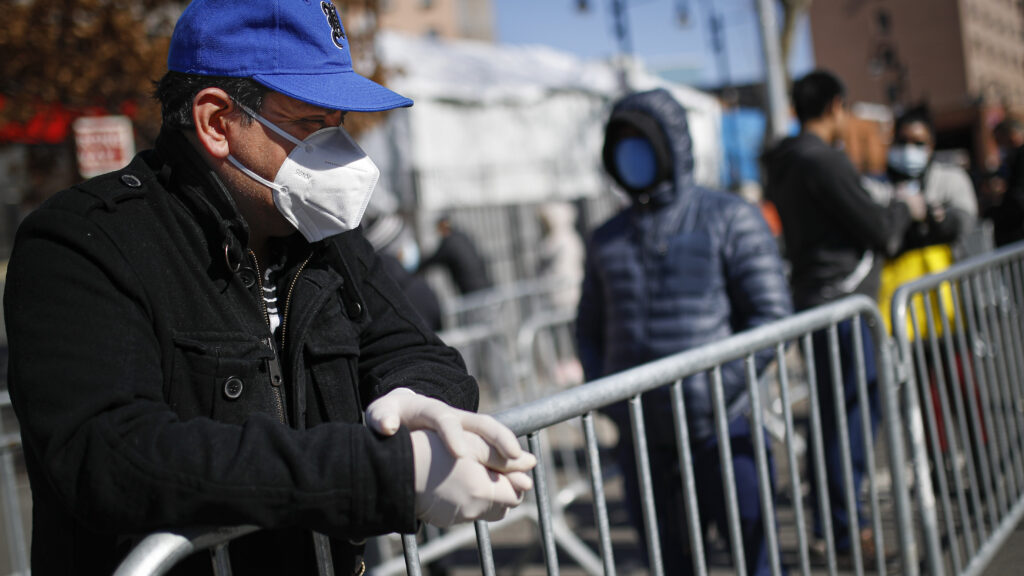 With Covid-19 racing through the country, the United States is virtually locked down. At the same time, the yearning among Americans to reopen their communities grows, as does their desire to return to some semblance of normality.

In an effort to chart a path toward that goal, public health experts laid out two new roadmaps over the weekend.

The first, from Ezekiel Emanuel, a health policy expert and vice-provost of the University of Pennsylvania, suggests lockdowns could ease up in June. The second, from former Food and Drug Administration commissioner Scott Gottlieb and colleagues, doesn’t set a date, but rather outlines the evidence that communities would need to begin lifting some of the more draconian restrictions.

Both roadmaps are predicated on the United States sharply ramping up testing for the disease and hospitals acquiring sufficient supplies at a time of extraordinary global demand and growing shortages — both of personal protective equipment to shield health workers from infection and ventilators to help the gravely ill to survive.

The roadmap from Gottlieb and several co-authors, including Caitlin Rivers, an assistant professor of epidemiology at the Johns Hopkins Center for Health Security, envisions four phases. Phase 1 represents the current situation, in which the outbreak is growing. Only once certain thresholds are met — hospitals are able to cope with the flow of incoming patients and new cases have dropped in a particular area for at least 14 days — could Phase 2 begin.

During that stage, physical distancing efforts will have slowed spread to the point at which schools and some other types of societal functions can resume, though people 70 and older and others at highest risk from the virus would still need to restrict their movements.

The report suggests counties or states may move from Phase 1 to 2 — and back to Phase 1 if containment starts to erode — at different times, based on local conditions.

“I don’t think we are close to moving out of Phase 1,” she said. “I think staying home is what we need to be doing right now. And how fast we get to Phase 2 will really depend on how effective our interventions are now and how aggressively we are able to scale up our capacities.”

Phase 3, the lifting of all restrictions, would only occur when a vaccine to prevent infection and therapeutics to save people who become infected are available. Gottlieb said he thinks vaccines might be two years away, but feels confident some therapies will be shown to work by the summer. Phase 4 would entail planning to build the country’s capacity to respond to the next biological threat.

Gottlieb, now a fellow at the American Enterprise Institute, acknowledged some aspects of the 20-page report may seem unrealistic at the moment. There is, for example, an extraordinary global demand in protective gear for health care workers. But he said that shouldn’t lessen the importance of the roadmap.

“What I wanted to do with this was set out very clear measurable milestones and very clear objectives of what can improve when those milestones are reached,” he told STAT. “And give people something to shoot at. Because I think that reports that aren’t very granular aren’t very useful.”

Emanuel, who outlined his roadmap in an opinion piece in the New York Times, estimated that if spread of the virus isn’t slowed, almost a third of Americans will have been infected by early May. If Covid-19’s fatality rate is 1%, that level of transmission would lead to 1 million deaths, he noted. (There is much debate and no consensus on the fatality rate, though 1% is nearer the lower range of current estimates.)

Based on China’s response to the virus, he suggested that a national shelter-in-place order over the next eight to 10 weeks, excluding essential services workers, should, bring transmission of the virus way down.

In the interval, health officials will need to deploy “thousands of teams to trace contacts of all new Covid-19 cases using cellphone data, social media data, and data from thermometer tests and the like,” Emanuel wrote. “It would be easier to lift the national quarantine if we isolate new cases, find and test all their contacts, and isolate any of them who may be infected.”

Michael Osterholm, former state epidemiologist for Minnesota and director of the Center for Infectious Diseases Research and Policy at the University of Minnesota, said resource-starved public health departments do not currently have the manpower to operate at this scale.

He suggested if departments had the resources to hire and train thousands of newly unemployed people, perhaps this work could be done.

More broadly, Osterholm worried that neither of the new roadmaps adequately captured the impact supply shortages will have on containment efforts.

“I welcome these kinds of discussions. They need to happen right now. And I think they need to be aspirational, which I think both Ezekiel’s and Scott’s plans strive to be. But they also have to be based on reality,” he said.

While Gottlieb and Rivers believe testing in the United States is increasing substantially and that tests will be more available going forward, Osterholm has warned shortages of the chemicals needed for the tests loom.

Likewise, the report from Gottlieb and Rivers calls from nearly doubling the number of ventilators hospitals have at their disposal — moving from the current three per 10,000 people to a goal of five to seven per 10,000 — in its Phase 1. But every country in the world needs more ventilators now. Ramping up production of these complicated machines is not likely to be easy — and certainly not as easy as tweets instructing General Motors to start making them would imply.

Osterholm noted that Medtronic, a maker of the machines, sources 1,500 parts from between 14 and 20 countries for each ventilator.

Some of the recommendations from Gottlieb and Rivers could be easier to put in place. They suggest, for instance, that the public should be urged to start wearing fabric masks in public — not paper surgical masks that are already in short supply in hospitals, but masks that could be made at home or bought online.

“We did not and would not recommend the use of proper personal protective equipment” for the public,” Rivers said. But she noted that because people can transmit SARS-CoV-2, the virus that causes Covid-19, before they develop symptoms, having them wear masks when they are out in public might slow spread of the disease.

“We don’t think they’re going to be very effective at keeping healthy people healthy, but what they would be better at is preventing people who are asymptomatic or pre-symptomatic from spreading. They’re more useful for source control,” she said.