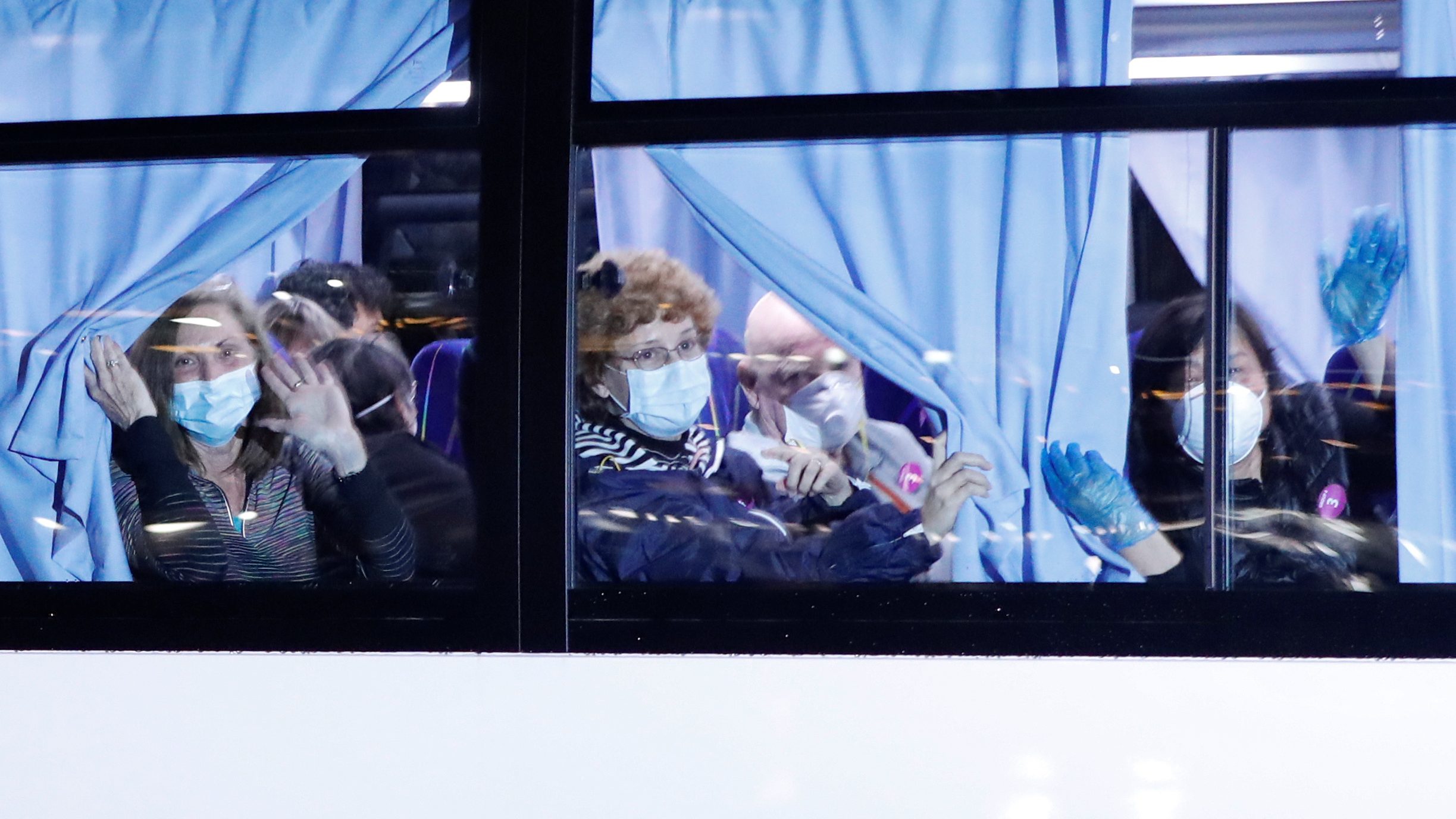 The 328 American patients who had been quarantined onboard the Diamond Princess cruise ship in Japan flew home on Feb. 18. Amongst them were 14 people who were known to be infected with the Covid-19 coronavirus. More hadn’t been diagnosed yet.

The patients tested positive after the arrangements for their repatriation had been made as part of the group. That prompted a heated debate between the State Department, wanting to go ahead with the repatriation, and the Centers for Disease Control and Prevention, which recommended against it. The State Department got its way.

Reportedly, Donald Trump had not been informed that the protocol would be respected and people evacuated despite testing positive, and was furious that such a decision was made. The US president has never made a secret of being a germaphobe.

Neither Trump nor the White House have publicly commented on the repatriation. It’s a departure from Trump’s past behavior: Notably, when in 2014 the US dealt with the repatriation of health workers who had contracted Ebola while treating people in West Africa, he was adamant they should not be brought back to the country.

At the time, he had called for shutting down borders and keeping the health officials out of the country, warning that people who “go to far away places to help out are great—but must suffer the consequences!” He had also advocated refusing visa applications from Ebola-hit countries.

This time, however, there may be some ground to the president’s worries. The way the evacuation was conducted seems to point more to a rushed addressing of the discontent of the passengers (who had been kept in very uncomfortable conditions on the ship) than due diligence.

Anne Schuchat, the CDC executive who passionately advised against the repatriation, thought the safer course of action would have been keeping the infected people in Japan, as it had initially been considered for the whole group of US passengers onboard the cruise ship. The State Department, on the other hand, trusted the precautions put in place on the plane, and considered the journey back to the US safe: The infected passengers would be separated in an enclosure in the plane.

The CDC’s concern was shared by infectious disease experts, but the Department of Health and Human Services supported the State Department. Eventually, all passengers boarded the plane and were flown to the US. The CDC said it wished to be left out from official communications on the decision, for fear of raising more concerns with its position against it.

Curiously, it was Trump’s people from the State and Health departments who made the decision that Trump later considered reckless—a move that raised concerns amongst experts that the administration may not be prepared to handle a health emergency.

More test results on the people repatriated have come back positive since they reached the US. That suggests that even if the 14 people were cordoned off in the plane, there were others traveling with healthy passengers who had been infected. The passengers will all be in quarantine for 14 days in the US, between military bases and treatment centers.