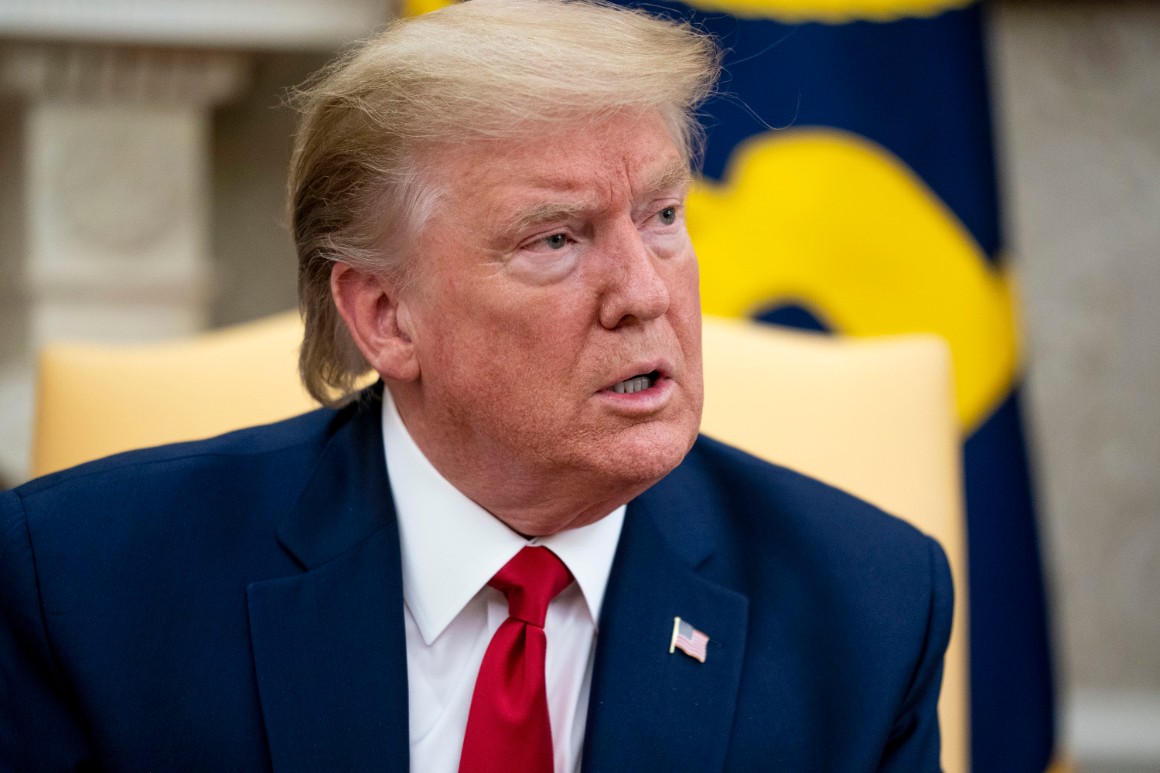 For President Donald Trump’, the Twitter ban was yet another inglorious passage to the final chapter of his presidency | Getty Images

President Donald Trump has many prized possessions. But few seemed to inspire as much personal joy as his Twitter feed. Trump routinely boasted of the social media bullhorn he possessed. He credited it with launching his political trajectory. And he used it as a tool to lacerate his foes.

On Friday night, he lost it. And, then, he lost his mind.

The president is “ballistic,” a senior administration official said after Twitter permanently took down his account, citing the possibility that it would be used in the final 12 days of Trump’s presidency to incite violence. The official said Trump was “scrambling to figure out what his options are.”

So too was much of the political universe, which has become bleary-eyed obsessive about Twitter these past four years as Trump used the medium to fire advisers, sink legislative initiatives, encourage social duress and, lastly, praise the scores of MAGA faithful, just days after hundreds of them violently ransacked the Capitol.

In a statement issued by the White House, Trump said he’d been “negotiating with various other sites” while “we also look at the possibilities of building out our own platform in the near future.” But aides did not reveal what plans were in the works. When Trump’s eldest son, Don Jr. offered up a URL to those hoping to keep tabs of his father’s whereabouts, it was a site that had been purchased in 2009 and, in recent years, a place where his books were sold. For those who did sign up, an email was sent, plugging his latest work: “Liberal Privilege”.

“As you know, the election is coming up,” it read, of the contest that took place two months ago.

For Trump, the Twitter ban was yet another inglorious passage to the final chapter of his presidency. Over the past two days, he’s been admonished by his own aides, chastised by Republicans, and threatened once more with impeachment.

Through it all, he’s been uncharacteristically quiet — banished temporarily at first from the main social media platforms but also unwilling to go out and speak before the press. The only times the public saw him were through awkwardly-edited White House produced-videos. In one, he urged for the rioting to end while clinging to the fiction that the election had been stolen from him. In another, he conceded he would not serve a second consecutive term.

There are no plans to immediately emerge from the cocoon either. One White House official said there were initial internal discussions between White House aides and Trump of doing a “last farewell interview.” But, the official added, “I’m not sure if they’re going to come to fruition,” much to the official’s chagrin.

Trump entered office boasting of how he was the “Hemingway of 140 characters” and crediting Twitter in particular for powering his political ascent. More than 56,000 tweets later, he leaves it amid a futile game of Whac-A-Mole with the tech moguls he despises, exiled to the outer provinces of the internet.

If this is how Trump’s presidency closes out, it will be a remarkable endnote. As a candidate for office, he was — at times — ubiquitous: posting outrageous takes on Twitter, calling into cable news shows, and grabbing the camera’s attention even when the podium on which he was set to hold a campaign rally was empty. Now, he’s increasingly isolated and receding from the spotlight. His favorite bullhorn is gone; oh, and the presidency is too.

[ad_1] Like the rest of us, NFL quarterback Russell Wilson wanted to know if …