President Trump tweeted about new screening procedures for people arriving from certain “high-risk countries.” Vice President Mike Pence said more US deaths are possible but added most Americans should not worry.
New York University doctors and other experts say the US probably has more cases than identified officially. That’s because of testing delays and the virus’ ability to spread before an infected person shows any symptoms. The New York Times reported Sunday the virus might have been in Washington state for weeks and up to 1,500 people might be infected there.
All this followed official warnings last week that the virus would begin spreading in US communities.

No clear source of infection

The first US death, announced Saturday, added to a growing list of infections circulating in communities without any clear source of infection.
Of the 86,500 cases confirmed globally, at least 2,976 have been fatal — 2,870 of which were in China. The US has reached 71 confirmed cases of the virus, according to the Centers for Disease Control and Prevention.
Several of those cases are believed to have been spread person-to-person with unknown origins, including the patient in Washington state who died, said Dr. Robert Redfield, director of the CDC.
The patient was a man in his 50s with underlying health conditions, according to Dr. Jeffrey Duchin, health officer for Seattle and King County, Washington.
Two cases are affiliated with Life Care Center, a nursing facility in Kirkland, Washington, Duchin said. 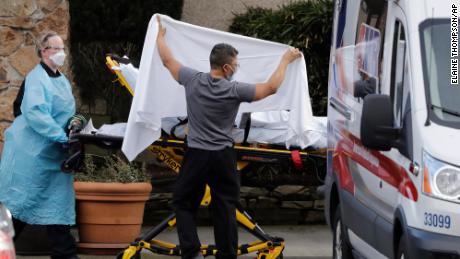 “We expect we will see community spread in this country,” said Dr. Nancy Messonnier, director of the CDC’s National Center for Immunization and Respiratory Diseases. “It’s not so much a question of if this will happen anymore, but rather more a question of exactly when this will happen and how many people in this country will have severe illness.”
But US officials have urged Americans not to panic.
“It’s important to remember,” Health and Human Services Secretary Alex Azar said, “for the vast majority of individuals who contract the novel coronavirus, they will experience mild to moderate symptoms, and their treatment will be to remain at home, treating their symptoms, the way they would a severe cold, or the flu.”

The 71 confirmed or presumptive positive cases in the US include 44 people who were aboard the Diamond Princess cruise ship, three people repatriated from China and 24 cases that occurred in the US, according to the CDC. 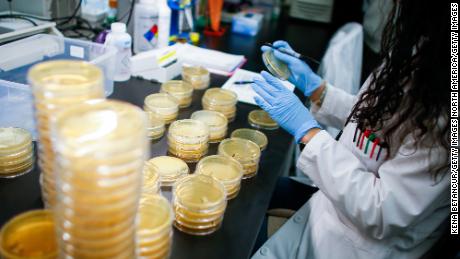 Presumptive positives mean tests in state or local labs came back positive but have not yet been confirmed by the CDC.
Thirteen cases in the US are travel-related and 10 are linked to person-to-person spread, according to the CDC. Several are of unknown origin including:
• A woman in Washington County, Oregon, who is presumptive positive. She is in isolation.
In a statement to CNN, Nike says it is deep-cleaning its Beaverton, Oregon, headquarters.
“While we have no information indicating any exposure to Nike employees, out of an abundance of caution, we are conducting a deep cleaning of campus. All WHQ buildings and facilities, including fitness centers, will be closed over the weekend.”
The Oregon case was announced Friday and is believed to be a case of person-to-person transmission. Lake Oswego is near Nike’s world headquarters in Beaverton.
• A high school boy in Snohomish County, Washington, who is presumptive positive. He’s doing well, local health officials said.
• An older woman in Santa Clara County, California, who tested positive.
• A Solano County, California, woman who is in serious condition at UC Davis Medical Center.

Another Santa Clara County case was confirmed Saturday, according to the county’s Public Health Department. This patient, the fourth in the county, was described as an adult woman and a “household contact” of the older woman.
A patient in Illinois was diagnosed with coronavirus, according to a joint news release from the Illinois and Cook County health departments. The test results conducted on this patient in Illinois produced a presumptive positive for COVID-19, the release said, which means the results have to be confirmed by the CDC.
The presumptive positive patient is hospitalized in isolation, the release said. Illinois has already had two previously confirmed cases of coronavirus and both patients made a full recovery, the release said. 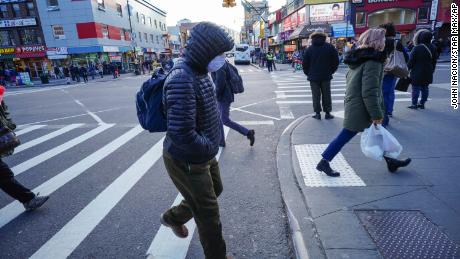 Pence told CNN’s Jake Tapper on Sunday that it is “possible” more Americans will die.
“But the American people should know the risk for the average American remains low,” Pence said.
Pence said federal officials are addressing the lack of testing kits in the US. 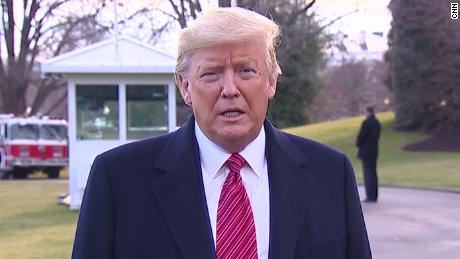 The vice president said Saturday the administration is expanding existing travel restrictions on Iran to include foreign nationals who had visited Iran in the last 14 days. The US will also increase travel advisories for Italy and South Korea to Level 4 — the highest level — advising Americans not to travel to specific regions in those countries.
On Sunday, Trump announced in a tweet that people will be screened for coronavirus upon arriving in the US if they are traveling from “high-risk countries.”
It’s not clear what passengers will receive this increased screening. CNN has asked the White House for more information.

Duchin, the health officer for Seattle and King County, said new cases could have been identified earlier if not for the delays in local testing capability and restrictive criteria about who gets tested.
The patient who died was identified after the state lab acquired the coronavirus test kit. The patient was newly eligible for testing because of “very recent criteria that were put out by the Centers for Disease Control that our health care providers became aware of,” Duchin said. 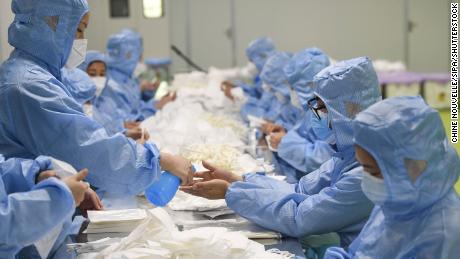 Testing guidelines were broadened by the CDC last week after the first case of unknown origin emerged in California.
Additionally, some testing kits initially sent to state and local labs were flawed, delaying the ability to test for the virus.
In hopes of enabling more rapid testing capabilities, the US Food and Drug Administration announced Saturday it would allow certain labs to use tests they developed and validated before the FDA has reviewed them.
The guidance only applies to labs that are certified to perform high-complexity testing. Once labs have validated a test, the guidance says, they must notify the FDA and submit a request for emergency use authorization within 15 business days.