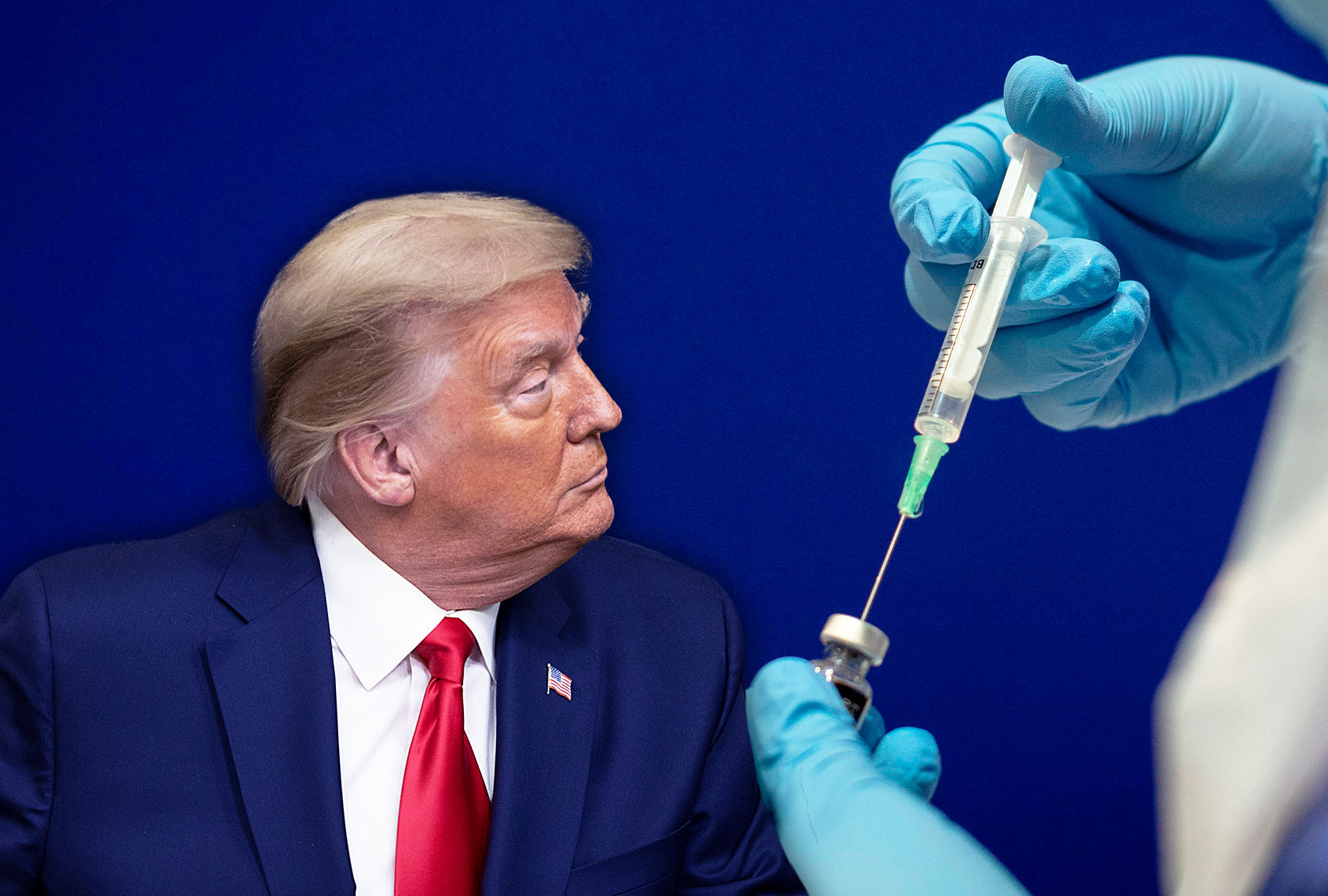 President Donald Trump ran his 2016 presidential campaign on the promise that he was an expert dealmaker, a political outsider whose expertise lay in the business realm. Yet curiously, the self-described dealmaker-in-chief passed up the chance to purchase millions of doses of Pfizer/BioNTech’s novel coronavirus vaccine, a decision that will slow the rate at which Americans can access the vaccine.

The company made several efforts to convince Trump to purchase more than the 100 million doses of the company’s vaccine candidate that it had reserved over the summer for $1.95 billion, according to The New York Times. Yet Trump turned down the offers, which gave other nations like the United Kingdom the opportunity to lock them down first. After Pfizer and BioNTech announced last month that they had seen success in developing their vaccine candidate, and submitted an emergency use authorization request to the Food and Drug Administration (FDA), the Trump administration began talks with the company for more of its vaccine. Yet the company is not sure it can deliver more than the initial 100 million promised doses before the summer of 2021.

Because the vaccine requires two shots to be effective, this means that only 50 million Americans will be able to get the Pfizer vaccine before then, with priority being given to health care workers and residents at nursing homes.

Moncef Slaoui, the official in charge of Operation Warp Speed (the government’s vaccine development program), told ABC on Tuesday that the government did not know which vaccine candidates would work and which ones would not.

Scott Gottlieb, a board member of Pfizer who worked as a Food and Drug Administration (FDA) commissioner under Trump, confirmed to CNBC on Tuesday that “Pfizer did offer an additional allotment coming out of that plan, basically the second-quarter allotment, to the US government multiple times.” He added that the company did this “as recently as after the interim data came out and we knew this vaccine looked to be effective” and speculated that the Trump administration was “betting that more than one vaccine is going to get authorized and there will be more vaccines on the market …. perhaps [that] could be why they didn’t take up that additional 100 [million] option agreement.”

Perhaps in response to the news about his administration’s failure to get a better deal on Pfizer’s vaccine, Trump announced on Tuesday that he is going to sign an executive order stating that Americans will receive priority over other countries in obtaining a coronavirus vaccine. The White House has not offered any specifics on how its executive order will accomplish this, however, and Slaoui told ABC News that he did not know anything about the order’s contents. Representatives from Pfizer and Moderna, the other pharmaceutical company to announce a recent coronavirus vaccine breakthrough, declined to attend a White House “Vaccine Summit” event also held on Tuesday, according to STAT News.

A number of people took to Twitter to question the wisdom of Trump’s decision to not accept Pfizer’s offer.

“Why would the trump administration turn down the opportunity to buy more of the pfizer vaccine,” tweeted Molly Jong-Fast, editor at large at The Daily Beast. “What was the thinking here? I’m fascinating by how stupid this is.”

Garrett M. Graff, director of the Aspen Institute’s Cybersecurity Program, tweeted that “it’s hard to imagine more deflating pandemic news than the that Trump administration botched ordering additional doses of the Pfizer vaccine and as many as 100 million Americans will have to wait months longer for a life-saving treatment.”

Harvard law professor Laurence Tribe had his own speculative theory, tweeting, “Who among us would be surprised if Trump or some of those close to him had financial interests that accepting Pfizer’s offer could have compromised? Isn’t that very prospect a devastating indictment of the corrupt family running this administration?”

Writing to Salon, Tribe observed that while “it’s well beyond my capacity to conduct any such inquiry. I was careful in my tweet just to raise the question, not to offer an answer. Given the vast web of financial holdings in the Trump orbit, and this president’s past history of corrupt dealings, it’s a natural question to raise. And my main point was that the very fact such a question would seem plausible with respect to a sitting president is a sad comment on where we find ourselves.”