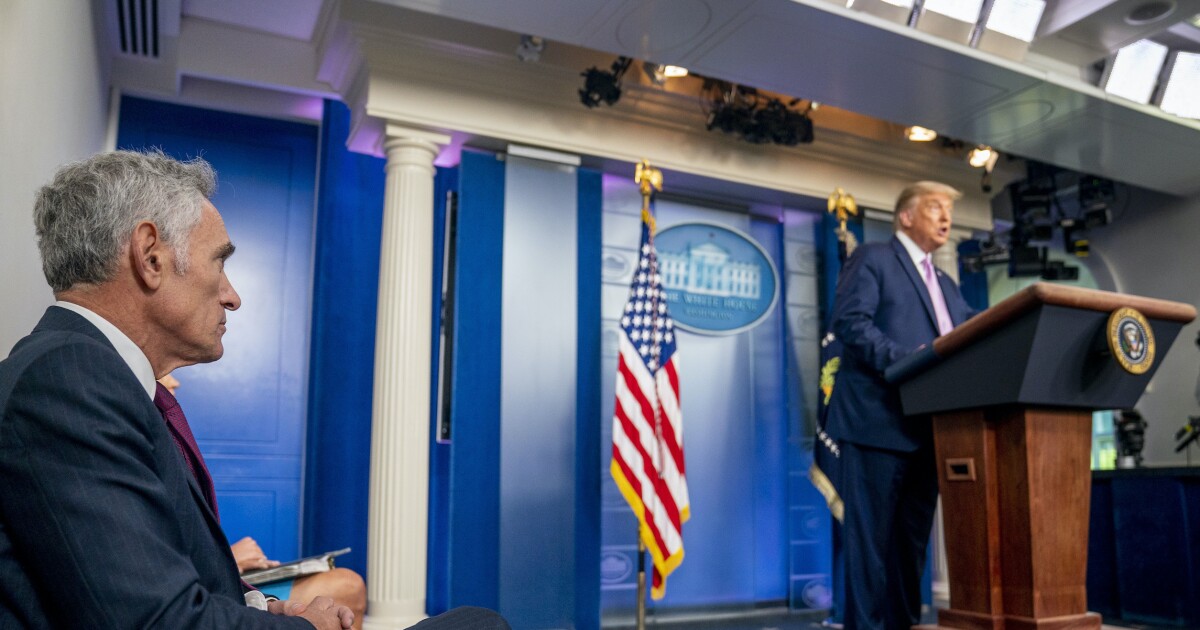 “I think that Dr. Redfield misstated something there,” Atlas said, referring to Redfield’s testimony before the Senate Wednesday in which he said that 90% of the population remains susceptible to COVID-19.

“When you look at the CDC data state by state, much of that data is old, some of it goes back to March or April, before many of these states have the cases,” Atlas said. He added that people also may have other forms of immunity to the virus beyond the kind Redfield referred to.

Atlas, formerly a fellow at the conservative Hoover Institution, joined the White House in August. Since then, he’s appeared with President Trump at press conferences, while other public health officials, such as Redfield and coronavirus task force members Drs. Anthony Fauci and Deborah Birx, have not.

Atlas’s comments are the latest episode of the White House disagreeing with Redfield. Last week, Trump accused Redfield of misspeaking when he told the Senate Appropriations committee that inoculating the majority of the U.S. population would take into the second half of next year. Trump also faulted Redfield for comments suggesting that mask-wearing might be more effective than vaccines.

Trump said at his press briefing that Redfield “made a mistake,” adding that it’s “just incorrect information.”

“I think he got the message confused,” Trump said. He added later that “under no circumstance, will it be as late as the doctor said.”