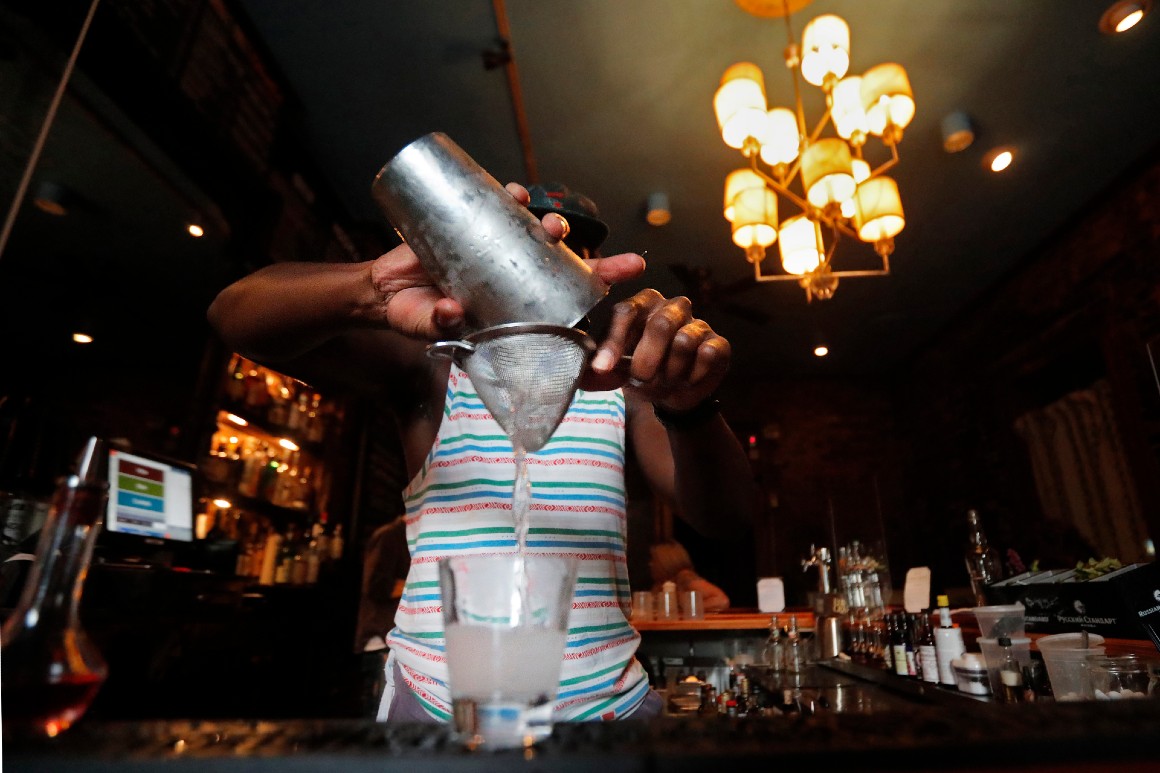 The Trump administration has rejected an external scientific advisory committee’s recommendations that men should cut back on alcohol and that all individuals should further limit their intake of added sugars.

The latest iteration of the Dietary Guidelines for Americans, jointly released Tuesday by the Agriculture Department and the Department of Health and Human Services, mirrors what the government has long urged Americans to eat: more fruits and vegetables, whole grains and lean meat; less sugar, salt and saturated fat.

“The science tells us that good nutrition leads to better health outcomes, and the new dietary guidelines use the best available evidence to give Americans the information they need to make healthy decisions for themselves and their families,” HHS Secretary Alex Azar said.

The Dietary Guidelines Advisory Committee, a panel of outside experts that advises USDA and HHS, recommended in June that the guidelines should urge men to cut back on alcohol by reducing the government’s definition of “moderate drinking” from two drinks per day to one. (At the time, the panel recommended keeping the definition of moderate drinking the same for women, at one drink per day.)

The advisory committee had also suggested the guidelines should take a harder line against added sugars, but USDA and HHS decided to keep the Obama-era advice that individuals try to not consume more than 10 percent of their calories from added sugars. (The committee had recommended dropping the limit down even further to 6 percent).

USDA and HHS officials said there wasn’t enough evidence to recommend stricter limits for alcohol and added sugars, but they still emphasized that people cut back on both. The agencies said more research should be done.

The government recommends that infants should be exclusively fed human milk until 6 months of age, when possible, and if not then fed iron-fortified infant formula. When infants are ready to begin adding solid foods, usually around 6 months, the government recommends that caregivers focus on nutrient dense foods to ensure babies get enough key nutrients like iron and zinc. Infants and toddlers should avoid foods with added sugars and limit foods that are higher in sodium.

Infants should continue receiving human milk through the first year of life and longer, if desired and feasible, the guidelines say.

New theme: Nutrient density: The theme for the 2020-2025 edition of the guidelines is “Make Every Bite Count,” a message that’s meant to encourage choosing nutrient dense foods and beverages, something that is particularly important for infants and toddlers.

In a media briefing, health officials acknowledged it is tricky to communicate what “nutrient dense” means to the public. Health officials suggested small shifts can be made, such as choosing sparkling water over soda; plain shredded wheat over the frosted kind; or plain low-fat yogurt with fruit instead of full fat yogurt with added sugars.

The government has also relaunched a website and mobile app to help Americans make healthier choices.

Political context: The dietary guidelines, which are updated every five years, have long been the subject of political fights and intense lobbying because they govern what’s served in major federal nutrition programs and heavily influence nutrition messaging for millions of Americans, though most people do not follow the government’s advice.

The guidelines have been the subject of intense criticism in recent years. Advocates of low-carbohydrate diets argue the advice is based on flawed science and has made the country less healthy, as obesity or other diet-related diseases continue to worsen. Plant-based diet advocates believe the guidelines wrongly promote animal foods and want to see more emphasis on plants and alternative proteins. Sustainability advocates have been dismayed that the government has so far refused to include environmental considerations in the guidelines.