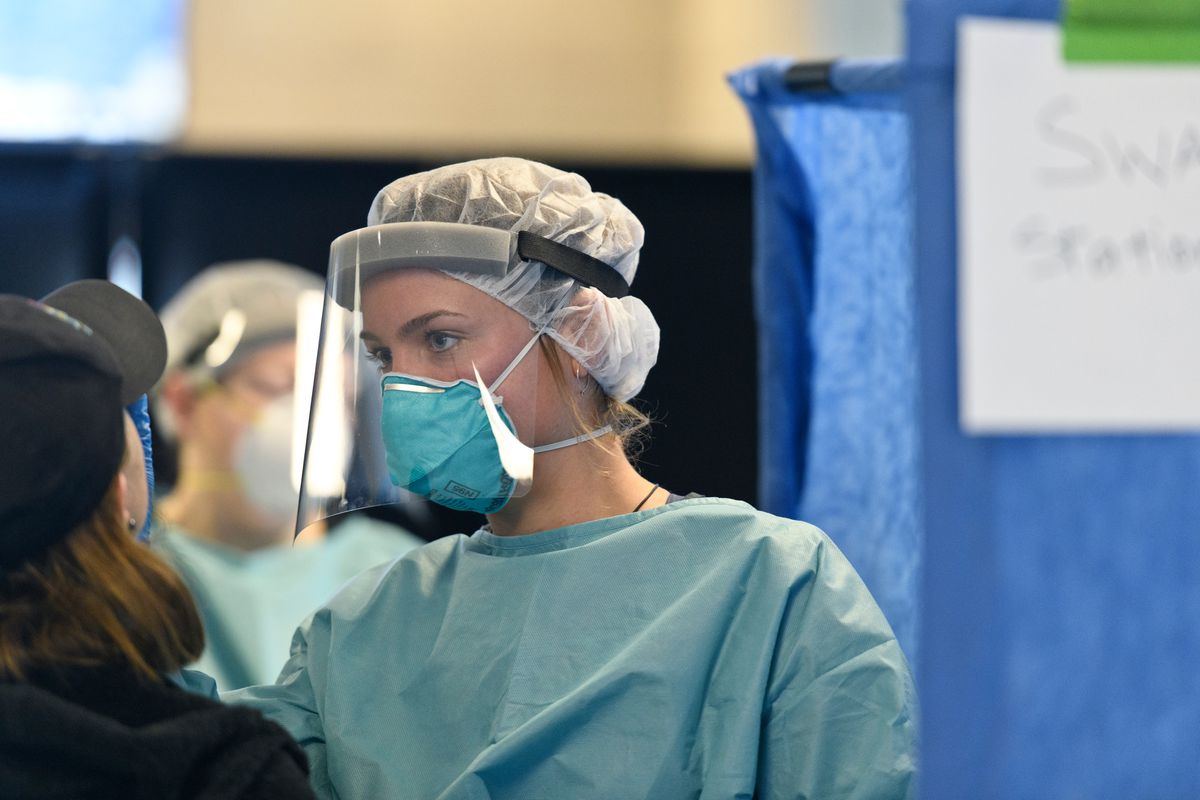 We’re making this important information about the pandemic available without a subscription as a public service. But we depend on reader support to do this work. Please consider joining others in supporting independent journalism in Alaska for just $3.23 a week.

On Sunday, 99 new COVID-19 cases were reported in Alaska statewide, nearly all in residents, according to the state Department of Health and Social Services COVID-19 data dashboard.

No new deaths were reported Sunday. In total, 42 Alaskans have died with the virus since the start of the pandemic, with five of those deaths reported during the last week.

Of Alaska’s 153 intensive care unit beds, 79 were in use statewide Sunday, according to the data dashboard.

Of the 97 new resident cases reported Sunday, 42 are in Anchorage, plus two in Eagle River.

The Municipality of Anchorage has been contending with a large outbreak at the Brother Francis Shelter involving at least 89 people, one of whom died last week. An outbreak at the McLaughlin Youth Center has now grown to involve at least 24 youths and staff. It was not immediately clear from the data whether any of the Anchorage-area resident cases reported Sunday are related to either outbreak.

Of the remaining new resident cases reported by the state Sunday, two are in Wasilla, three in Palmer; 13 are in Fairbanks, plus six in North Pole; three are in Kenai, one in Seward; one is in Kodiak; seven are in Juneau, one is in Douglas; three are in Utqiagvik; one in Bethel; and 12 cases are in communities smaller than 1,000 people that are not identified to protect resident confidentiality, including seven in the Bethel Census Area, one in the Nome Census area, one in the Yakutat plus Hoonah-Angoon area and three in the Bristol Bay plus Lake and Peninsula area.

The state also reported two new cases among nonresidents with one in Soldotna and one in Fairbanks.

It was not reported how many patients of the new cases were showing symptoms of the virus when they tested positive.

The state’s testing positivity rate as of Sunday was 1.97% over a seven-day rolling average.