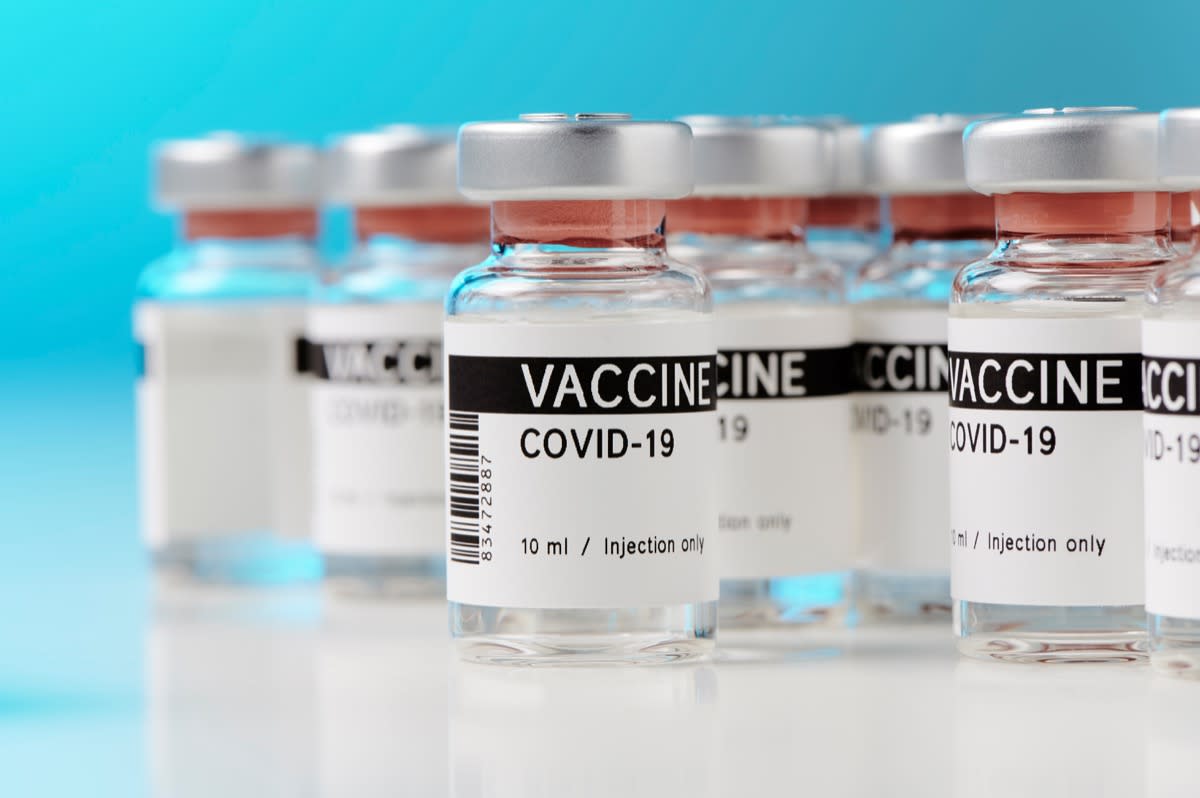 No, It’s Not Too Late To Get A Flu Shot

Time can be so slippery — especially this year. One minute, you’re unpacking your fall sweaters and making a mental note to get the flu shot. And the next, somehow there’s snow on the ground, and you wonder if you’ve totally missed your window.
If that’s you, we have good news: “It’s not too late,” says Dr. Jake Deutsch, MD, chief medical officer of Cure Urgent Care. Although The Centers For Disease Control and Prevention (CDC) recommends folks get their influenza vaccines by the end of October, it notes that the shots should be offered throughout the flu season, which can last until April or May. As long as there are still existing strains of the virus (and there are a few, the most common being Influenza A and B), you can get a vaccine. Even if you get it now, it’s not too late.
“It’s only too late when the seasonal supply of flu vaccine is exhausted,” Charles Golden, DO, vice president and executive medical director, CHOC Children’s Primary Care Network, previously told Refinery29. “We typically recommend the flu vaccine for anyone who hasn’t had one in that season, even as late as April or May.”
It’s worth it to protect yourself sooner rather than later, so go ahead and make the appointment — especially since the flu virus tends to be at its peak in January. “I wouldn’t be concerned about waiting too long, especially if you’re around people who are immunocompromised or people who are in health care — those who could be at a higher risk or who could expose you,” Dr. Deutsch says.
Of course, even if you run out and get it today, you won’t be immediately covered. “It does take two to four weeks to develop antibodies,” Dr. Deutsch says. “You’re getting an inactivated piece of virus — an antigen — and our body responds by making antibodies. But for those to be fully developed, it takes time.” (And, no, that doesn’t mean the vaccine can give you the actual flu, The CDC notes). So continue to wash your hands and take other precautions with this in mind — though hopefully you’re already engaged in preventative measures, such as social distancing and mask-wearing, to also prevent the spread of COVID-19.
The effectiveness of the flu vaccine varies by year, and studies show it generally reduces the risk of illness by 40% to 60%, the CDC notes. So, yes, it’s still possible to get the flu even after receiving the shot. But don’t let that deter you, even if you’re tempted to just wait until next fall. “Vaccination decreases the severity of the illness with certainty,” Dr. Deutsch says. “And reducing the spread of the disease even by 50% or so is enough to change the outcome of a flu season, which is why it’s so important to get vaccinated.”
On top of causing symptoms like chills, dehydration, fatigue, and fever, the flu can also be deadly. “On a bad year, we could see 30,000 deaths in the United States, so that’s not insignificant,” Dr. Deutsch says. The more severe flu cases there are, the more ICU beds will fill up at a time when hospitals are already overwhelmed by COVID-19 cases. Nearly every hospital in Los Angeles county is past capacity, The New York Times reported on Dec. 26. And over the weekend, the U.S. reached a devastating record: 1 in 1,000 people have died from SARS-CoV-2 since our first reported case in late January of 2020.
Earlier this year, there were reports that this winter could prompt a “twindemic,” or an overlapping surge in both flu and COVID-19 cases. Although COVID-19 cases have certainly spiked in the U.S. over the last month, Dr. Deutsch says it’s still too early to know if we’re approaching a twindemic since flu season won’t be at its peak until January. He adds that increased mask-wearing could also prevent the spread of the flu. Plus, thanks to far-reaching public health campaigns regarding flu shots this summer and fall, an “unprecedented” number of folks have been vaccinated this year, Dr. Deutsch adds. “As of December 4, 2020, 189.4 million doses of flu vaccine have been distributed in the United States. This is the highest number of flu doses distributed in the United States during a single influenza season,” the CDC reported.
So, if you’re one of the folks who forgot or has been putting it off, there’s no time like the present. Of course, because it’s a bit later in the season, you might have to do a little research to find a place offering the shot now. So call ahead. “Pharmacies are one source, but there are other options. Ask urgent care centers, primary health care offices, or [your state’s health department],” Dr. Deutsch says. “Some employers are doing it. Some health systems are doing it for free. Be resourceful if your first option is not available.” One place to start is VaccineFinder.org.
The bottom line, according to Dr. Golden: “Some protection is better than none.”  And, to lean on an old cliché, “better late than never.”
Like what you see? How about some more R29 goodness, right here?When To Get Your Flu Shot In 2020 — Timing MattersThis Flu Season May Be The Worst One YetModerna’s COVID-19 Vaccine Just Got FDA Approval