December 04, 2022
Home Health News There has been a 90% increase in Covid-19 cases in US children in the last four weeks, report says – CNN

There has been a 90% increase in the number of Covid-19 cases among children in the United States over the last four weeks, according to a new analysis by the American Academy of Pediatrics and the Children’s Hospital Association that will be updated weekly. 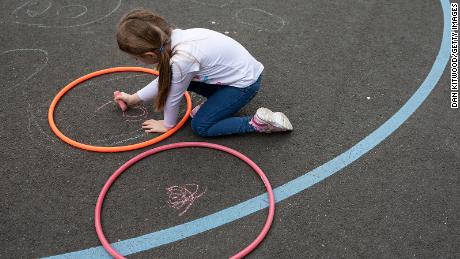 There were 179,990 new Covid-19 cases among US children between July 9 and August 6, according to the report. At least 380,174 total child Covid-19 cases have been reported as of August 6.
As of now, it still appears that severe symptoms are rare among children with Covid-19 infections. Children were between 0.5% and 5.3% of total hospitalizations, according to data from the states that record that information. Children were 0% to 0.4% of all Covid-19 deaths.
Nineteen states have reported no child deaths. In states that tracked the details, 0% to 0.5% of all child Covid-19 cases resulted in death. However, experts worry those numbers may increase as cases in children rise and more children with autoimmune disorders and other risk facts are impacted.
“As case counts rise across the board, that is likely to impact more children with severe illness as well,” O’Leary said in a news release from the AAP. 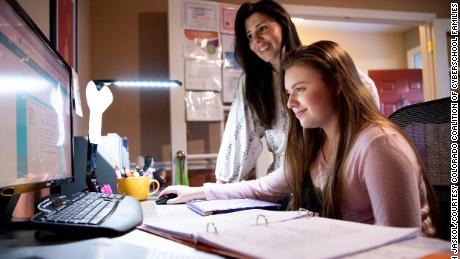 The AAP called for an effective testing strategy so that communities can make the right choice about opening schools.
“In areas with rapid community spread, it’s likely that more children will also be infected, and these data show that … It is up to us to make the difference, community by community,” AAP President Dr. Sally Goza said in the news release.
“To protect everyone in our communities — children, teens, and older adults — we must follow all the public health measures that we know can contain the virus. This includes physical distancing, wearing cloth face coverings, washing our hands, and avoiding large gatherings,” O’Leary said.

While some US leaders — including President Trump — have said the virus doesn’t pose a large risk to children, one recent study suggests older children can transmit the virus just as much as adults. Another study said children younger than 5 carry a higher viral load than adults, raising even more questions about their role in transmission.
“Children ages zero to five can be “highly infectious to other people. It turns out they have a thousand times more virus in their nose than you need to infect, so they’re very, very contagious,” said William Haseltine, a former professor at Harvard Medical School during an interview Monday on CNN. 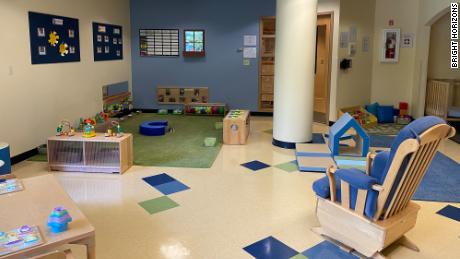 “There’s every reason to suspect that this virus, even though it can kill you, behaves pretty much like a cold virus, in terms of transmission. Who drives colds? Children drive colds,” said Haseltine, known for his groundbreaking work on HIV/AIDS and the human genome.
“And that’s true of almost all respiratory diseases, including the colds and including the colds that are caused by coronaviruses. And this is one of those cousins,” Haseltine added. “It even uses the same receptor in the nasal passages as one of the cold viruses. It just happens to be a cold virus that also kills.”

Need for ICU same as adults

A new report released Friday by the US Centers for Disease Control and Prevention found that when children are hospitalized due to Covid-19, they need the intensive care unit as often as adults do. 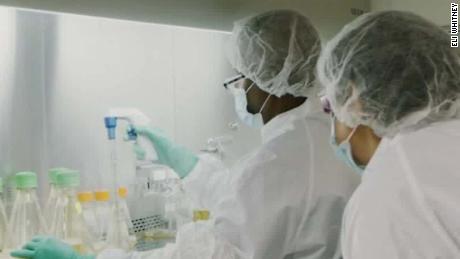 The report looked at hospitalization records from 14 states and found 576 Covid-19 cases among children who needed hospitalization from March through July 25.
Although not many children needed care in the hospital, if they were admitted, one in three needed to be treated in the intensive care unit, the CDC team reported. That’s the same rate as for adults.
“Children can develop severe COVID-19 illness; during the surveillance period, one in three children were admitted to the ICU. Hispanic and black children had the highest rates of COVID-19–associated hospitalization,” the team wrote.
The CDC didn’t have complete data on every child, but for the 208 that the CDC was able to do a complete medical chart review, it found 69 were admitted to the ICU and nearly 6% of them needed to be put on a ventilator. One of those children died.
Children age 2 and younger were the most likely to be hospitalized. Hispanic and Black children were more likely to be hospitalized than White children. More than 40% had one or more underlying condition. Obesity was the most common underlying condition, followed by chronic lung disease.
While Covid-19 symptoms tend to be mild in children, they can spread the disease. To slow the pandemic, the CDC said children should be encouraged to wash their hands often, keep a good physical distance away from others, and if they are 2 years of age or older, they should wear a mask when they are around people outside of their family members.