February 02, 2023
Home Health News The US should expect 20,000 more coronavirus deaths by the end of the month, former CDC director says – CNN 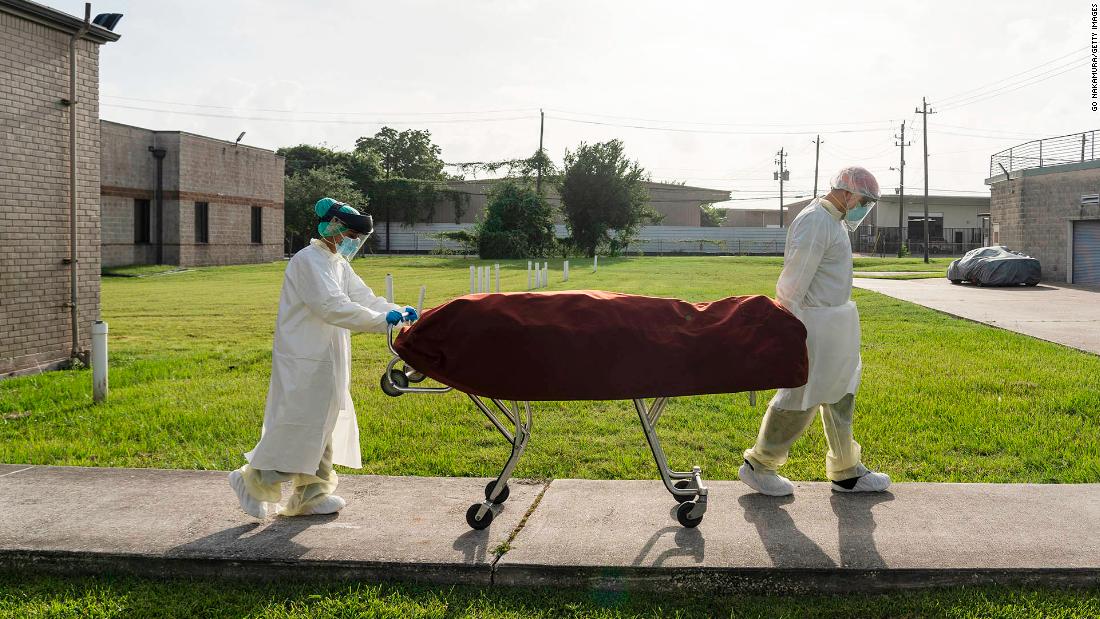 The estimate is based on the number of infections “that have already occurred,” Dr. Tom Frieden said Saturday, during CNN’s “Coronavirus: Facts and Fears” town hall.
The United States reported 57,420 new coronavirus cases on Friday, the highest number of new daily cases since August.
“Anytime we ignore, minimize or underestimate this virus, we do so at our peril and the peril of people whose lives depend on us,” Frieden said.
More than 7.7 million people have been infected with the virus in the US and 214,377 have died, according to data from Johns Hopkins University.
By February, the coronavirus death toll in the US could double to about 400,000, a model from the from the Institute for Health Metrics and Evaluation at the University of Washington School of Medicine projected. Daily deaths will peak at about 23,000 in mid-January, the model predicted.
Projections aren’t set in stone, however, and what the public does can have a big impact, another former CDC director, Dr. Richard Besser, said.
Following guidance like wearing masks, social distancing, washing hands and investigating cases means “we can have a very different trajectory and we can get this under control,” he said.

Impacts could be much greater than officials think

Officials are tracking coronavirus infections and deaths, but Frieden said those numbers may be too small.
The true number of coronavirus deaths in the United States is well over a quarter million, Frieden said Saturday.
Part of the problem in determining the true impact is how deaths are listed on death certificates, especially for older patients who are more likely to have other health problems along with a coronavirus infection. Often the other health condition is listed as the cause of death, he said.
“If you die from cancer, and you also have diabetes, you still died from cancer,” Frieden explained. “If you died from Covid, and you also had diabetes, you died from Covid.”
The number of infections is likely closer to 40 million people, he said.
“You may not get sick at all from this, but you may spread it to someone who then dies, or spreads it to someone else who dies,” he said. “That’s why we all have to recognize that we’re in this together. There’s only one enemy, and that’s the virus.”

While researchers are racing to develop a coronavirus vaccine, health experts said Saturday that improving trust and accessibility around any potential vaccine is essential.
“For a vaccine to actually work, it’s got to not only be safe and effective, but also be accessible and trusted. And that’s why it’s so important that it not get politicized and not be seen as from any political party or political figure,” Frieden said. “It’s a big job to get vaccines out there.”
Opinion polls show that the public doesn’t trust the CDC with information around coronavirus.
The way to regain trust “depends first and foremost on telling the truth, even when it’s hard,” Dr. Julie Gerberding said during the townhall.
“Americans can tolerate really tough truths, but it has to come from reliable and credible sources,” Gerberding said. “One of the reasons that we have so much anxiety among Americans is because they’re hearing different things from different political leaders. We haven’t consolidated and cascaded the messages from reliable sources.”
She reiterated what the other former CDC leaders said during the town hall: Transparency is key.
“It is going to be very difficult to crawl back into a situation where people believe that we really do have their best interest at heart. The good news is that science is on our side,” she said.

A wake-up call for politicians and public health officials

Former CDC directors warned that both politicians and public health officials need to take the virus seriously for the sake of the public.
President Donald Trump said that Americans shouldn’t let fear of coronavirus dominate their lives, but former director Dr. Jeffrey Koplan said the country should “absolutely” be afraid.
“When your leadership is working against you in this virus, the virus has an ally that makes it a pretty strong contender for further destruction,” Koplan said.
Koplan said he believes this pandemic will serve as a wake-up call for politicians and public health officials.
“I would very much hope that we see stronger state and local health departments, working with a stronger CDC — that there is particularly more attention paid to an up-to-date surveillance system, early detection of problems, and then approaches towards ameliorating them,” he said.