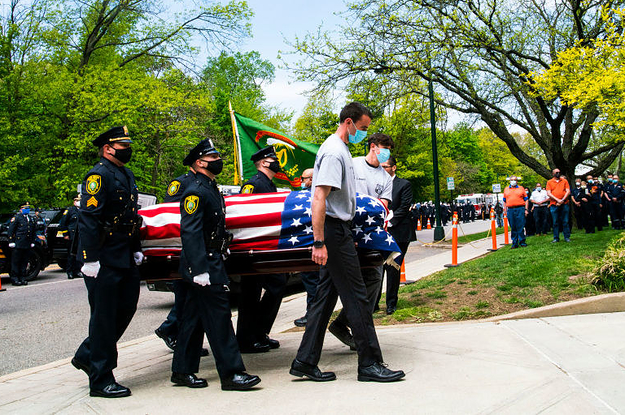 The journalists at BuzzFeed News are proud to bring you trustworthy and relevant reporting about the coronavirus. To help keep this news free, become a member and sign up for our newsletter, Outbreak Today.

New CDC estimates of coronavirus death rates look suspiciously low and present almost no data to back them up, say public health experts who are concerned that the agency is buckling under political pressure to restart the economy.

A week ago, as the US began to reopen, the CDC put out five scenarios for how the coronavirus crisis could play out across the country. This “pandemic planning” document is being used throughout the federal government and is meant to help public officials make decisions about when and how to reopen, according to the CDC.

In addition to providing various rates of hospitalizations and infections, the CDC gave new estimates of the total fatality rate of the virus, ranging from about 0.1% (its least deadly scenario) to 0.8% (its deadliest scenario). The agency also cited a “best estimate” of 0.26%.

While no one yet knows the coronavirus’s actual death rate, the agency’s range of possible rates seemed alarmingly low to many epidemiologists, compared to existing data in places both inside and outside the US. For instance, estimates of New York City’s total death rate, 0.86% to 0.93%, are even higher than the CDC’s worst-case scenario. Estimates from countries like Spain and Italy are also higher, ranging from 1.1% to 1.3%.

Researchers also lambasted the CDC’s lack of transparency about its data sources. The eight-page document disclosed almost nothing about its numbers, citing only internal data and a preprint — a study that has not been peer-reviewed — led by scientists in Iran.

“This is terrible. This is way too optimistic,” Andrew Noymer, an associate professor of population health at the University of California at Irvine, told BuzzFeed News, adding, “With this document, the CDC is determined to smash its credibility with the public health community of which it is supposedly a leader.”

The CDC did not return multiple requests for comment.

Nevertheless, some observers have seized on the CDC’s estimates to bolster their view that the virus isn’t that deadly, and that it is safe to reopen the economy.

Do you work at the CDC? You can use a non-work device to reach us at stephanie.lee@buzzfeed.com and dan.vergano@buzzfeed.com, or visit tips.buzzfeed.com.

On Tuesday, Stanford University epidemiologist John Ioannidis cited the CDC numbers in an op-ed for the Boston Review, saying “it is clear that the numbers are much lower than first feared.” Ioannidis, who is famous for starting a movement to root out shoddy science, has recently found himself on the receiving end of criticism for his role in a controversial antibody study in Northern California. That study produced low estimates for the coronavirus’s death rate, which Ioannidis then cited in the media, including on Fox News, to say that it was in the same ballpark as the flu.

The CDC numbers also quickly gained notice from others who share Ioannidis’s view that the virus is not deadly enough to justify economic lockdowns, including right-leaning commentators and media outlets. “SPEAK OUT. GO OUT,” tweeted Cliff Maloney, president of the libertarian student organization Young Americans for Liberty, sharing the CDC’s new fatality numbers.

Out of the 1.68 million Americans diagnosed with COVID-19, almost 100,000, or about 5.9%, are confirmed to have died from it to date. But most scientists agree that the true rate of deaths for all infected people, also known as the infection fatality rate, is likely to be lower when undiagnosed cases are added to the denominator. Many people who get sick with the disease show mild or no symptoms, and a lack of diagnostic testing in the US also means that infections are undercounted, though no one knows yet by how much. (That’s not the only factor throwing a wrench into the equation: Deaths, too, are believed to be undercounted.)

To Amesh Adalja, an infectious disease researcher at the Johns Hopkins Center for Health Security, the CDC’s best-guess death rate seemed right around where he would expect.

“I don’t have a problem with that number,” he said, adding, “The more we look, the more we’re finding patients that have antibodies, that don’t recall illness, and people who have very mild illness and are not getting tested.”

The coronavirus is not equally deadly to everyone everywhere. Infection fatality rates vary with many factors, from location to population density to age to healthcare availability.

But five other experts told BuzzFeed News they were perplexed that the CDC’s highest estimated fatality rate is lower than estimates for some of the world’s hardest-hit areas.

In the CDC’s deadliest scenario, the infection fatality rate for the virus is about 0.8%. But in New York City, an estimated 0.86% to 0.93% of all people who got sick died, according to two preliminary analyses of available data, including a recent antibody survey that provided the best estimate yet of the total number of residents who have been infected. Those figures would put the death rate in the city — hit with the most lethal outbreak in the US, with at least 16,600 COVID-19 deaths to date — beyond the CDC’s worst-case scenario.

“Surely the worst-case scenario should at least be New York for the whole country,” said Gideon Meyerowitz-Katz, an epidemiologist at the University of Wollongong in Australia, who has been tracking infection fatality rates in New York City and elsewhere.

Other estimates in hot spots outside the US are also higher than the agency’s deadliest estimate.

These estimates are on the higher end of the disease’s apparent fatality across the world. A preliminary analysis of more than two dozen studies from Europe, China, the US, and elsewhere, conducted by Meyerowitz-Katz and colleague Lea Merone, suggests that the overall infection fatality rate is between 0.5% and 0.78%. Even the lower end of that range is higher than what the CDC says is its “best estimate” for the rate, which is about 0.26%.

The CDC’s proposed fatality rates “are more in line with a relatively mild seasonal flu season than with COVID-19,” said Gerardo Chowell, a public health expert at Georgia State University. Those estimates are at least an order of magnitude lower than ones elsewhere in the world, he added, including South Korea, which has a case fatality rate around 0.7% and one of the highest testing rates for the coronavirus in the world.

Another preprint, released last week by Ioannidis of Stanford, put forth a much lower range that is closer to the CDC’s, from 0.02% to 0.4%. (Meyerowitz-Katz and others have criticized the paper for including some questionable estimates on the lower end while leaving out higher rates in places like Spain, as well as for its statistical analysis.)

But the CDC document provided almost no sources for its projections, making it impossible for scientists to understand how it came up with them.

The white paper, posted May 20, states that it is based on “data received by CDC” prior to April 29, and its death rate projections on “preliminary COVID-19 estimates, CDC.” The only coronavirus-related study cited is a preprint about the virus’s incubation period, led by Iranian researchers and released nearly two months ago.

The CDC did not respond to questions about its data sources or why the preprint was the only coronavirus study cited. (The paper’s lead scientist in Iran also did not return a request for comment.)

The low estimates and lack of transparency have frustrated scientists, who have been watching the coronavirus’s death rate become weaponized in the increasingly partisan debate over reopening the economy. “When I see that — especially for something that has become a question and has become more politicized than I ever would have expected — there’s an obligation to explain the source,” said Dean, the University of Florida biostatistician.

Carl Bergstrom, an epidemiologist at the University of Washington, expressed concern that the CDC’s numbers will skew projections going forward because there will be some pressure to use the US government’s models.

“Given that these parameter sets underestimate fatality by a substantial margin compared to current scientific consensus, I see this as deeply problematic,” he said by email.

As June approaches, all 50 states are in some stage of reopening. Public health experts, including Anthony Fauci, director of the National Institutes of Allergy and Infectious Diseases, worry that some parts of the country may be starting up too quickly and could cause a new wave of infections and deaths.

Noymer, the UC Irvine demographer, said the nation can’t make informed decisions about the way forward without the most accurate data possible.

“I am not in favor of indefinite and severe lockdowns,” he said. “But as we balance the risk and reward, we have to have hopefully realistic estimates of both.”

He added, “These estimates are doing a disservice to policy because it’s not a realistic estimate of the risk.”

[ad_1] Today, Jeff is alive, one of millions of people who have recovered after …