May 14, 2021
Home Health News Testing shows hundreds of thousands in LA County may have been infected with coronavirus – Fox News

Get all the latest news on coronavirus and more delivered daily to your inbox.  Sign up here.

The coronavirus outbreak in Los Angeles County is believed to have infected at least two hundred thousand people by early April, which would far surpass the number of officially confirmed cases, according to a report on Monday.

A large scale study by the University of Southern California and the Los Angeles County Department of Public Health found that 4.1 percent of the county’s adult population has antibodies to the virus in their blood, which is an indicator of past exposure.

Based on the county’s population, that means that between 221,000 adults to 442,000 adults in the area have previously been infected, the study estimated. 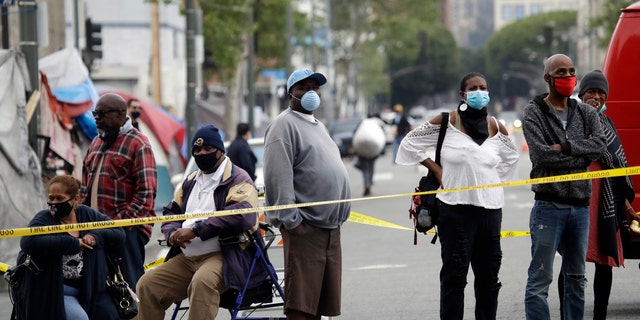 People line up to get tested for COVID-19 in the Skid Row district Monday, April 20 in Los Angeles. The coronavirus outbreak in Los Angeles County is believed to have infected an estimated 28 to 55 times more people than originally thought, according to a report on Monday. (AP Photo/Marcio Jose Sanchez)

“We haven’t known the true extent of COVID-19 infections in our community because we have only tested people with symptoms, and the availability of tests has been limited,” said lead investigator Neeraj Sood, professor of public policy at the USC Price School for Public Policy. “The estimates also suggest that we might have to recalibrate disease prediction models and rethink public health strategies.”

The results were determined from antibody testing of about 863 people who were representative of L.A. County, the researchers said, according to the L.A. Times.

The estimated infection numbers are 28 to 55 times higher than the 7,994 confirmed COVID-19 cases L.A. County had reported at the time of the study in early April.

Barbara Ferrer, director of the L.A. County Department of Public Health, said the results show that a large percentage of the population unknowingly had the virus and are “at risk of transmitting the virus to others.”

Due to the greater infection numbers, it also means the fatality rate from the virus is much lower than originally thought.

“Though the results indicate a lower risk of death among those with infection than was previously thought, the number of COVID-related deaths each day continues to mount, highlighting the need for continued vigorous prevention and control efforts,” said Paul Simon, chief science officer at the L.A. County Department of Public Health and co-lead on the study.

At least 615 coronavirus deaths have been confirmed in the county as of Tuesday morning, according to data from Johns Hopkins.

Researchers intend to repeat the study every few weeks over several months in order to track the spread of the virus, the L.A. Times reported.