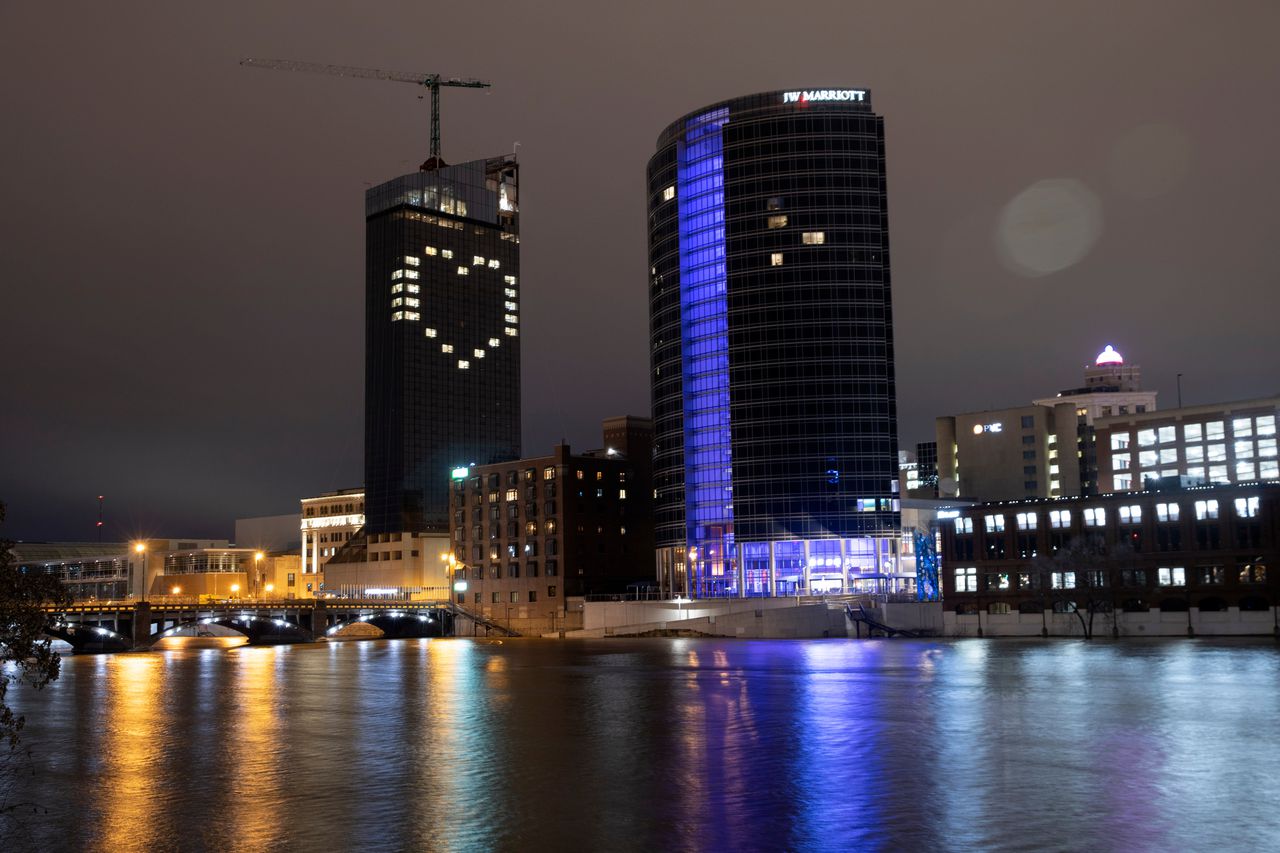 While much of the state’s business remains at a halt under Gov. Gretchen Whitmer’s extended stay-home order, many of Michigan’s unemployed say they’re terrified for the future.

Michigan residents have expressed unease after struggling to receive unemployment benefits, which are supposed to be available to those who’ve lost work amid the coronavirus outbreak, due to a sluggish unemployment site that has often crashed.

A total of 1.18 million working Michiganders – nearly one-quarter of the state’s workforce – have filed for unemployment over the past five weeks. A few of the many unemployed Michiganders submitted videos to MLive this week sharing their stories of lost work due to COVID-19.

Meanwhile, a new state program announced this week aims to help those struggling financially during the pandemic by giving mortgage holders a grace period for making payments.

Below is a look at the most recent developments in the crisis.

The number of new cases of COVID-19 reported daily in Michigan dipped to its lowest level since March 26, but the rate of deaths remained high.

Statewide, there were 562 new positive cases confirmed Saturday, bringing the statewide total to 37,203, according to the Michigan Department of Health and Human Services.

There were 189 new deaths related to COVID-19, although the state says 58 of those deaths were added to the total count after reviewing death certificates that corroborate COVID-19 as a contributing factor to the death. The death tally now stands at 3,274.

A second field has opened up in Metro Detroit to treat coronavirus patients as the number of positive cases around the state continues to surge.

Workers spent 15 days preparing what the state describes as an alternate care facility at the converted Suburban Collection Showcase. It was designed by HKS Inc., one of the largest architecture firms in the U.S., which designed Cowboys Stadium in Dallas, the new NFL stadium in Los Angeles and hospitals nationwide.

“To do this in 15 days is just crazy,” HKS Inc. Principal and Vice President Jim Whitaker told MLive. “That’s not how normal business gets done. That is combat engineering at its best.”

Michigan residents submitted videos to MLive sharing their stories of struggling to receive loans and unemployment benefits during the state’s stay-home order. One entrepreneur says she’s lost $10,000 in revenue since her business closed on March 16.

Watch the video below to hear stories from a few of the many Michigan residents who are now out of work.

Start Garden, a startup investment firm based in Grand Rapids, has donated $300,000 to 68 small businesses that are feeling the financial strain caused by the coronavirus pandemic.

“The need for entrepreneur financial support is unlike anything we’ve ever seen right now,” Darel Ross II, the group’s co-director, said in a statement.

As the number of unemployment claims continues to grow in Michigan, a new state program announced this week by the governor’s office will give mortgage holders 90-day grace periods for payments, or allow reduced payments to those struggling financially during the COVID-19 pandemic.

The institutions will waive or refund mortgage-related late fees for 90 days for customers who reach agreements, and will also forgo any foreclosures or evictions for those customers for 60 days.

A federal judge has sided with several candidates who claimed Gov. Gretchen Whitmer’s stay-home order has made it unreasonably difficult to collect the required number of signatures needed to appear on the August primary ballot.

U.S. District Judge Terrence Berg ruled last week that candidates would only need to collect 50 percent of the normal number signatures required to get on the ballot. He also ordered the state to extend the filing deadline to May 8.

The ruling comes after a U.S. House candidate filed a lawsuit against state officials, claiming Whitmer’s stay-home order – which prohibits door-to-door signature gathering – made it impossible to collect the 1,000 required signatures he needed by April 21 to appear on the August ballot.

After a state senator wore a face mask that appeared to depict a Confederate flag during a Senate vote at the capitol, he issued a public apology Saturday, stating he had not intended to offend anyone with the choice of pattern depicted on the mask.

Sen. Dale Zorn, R-Ida, previously denied that the mask depicted a Confederate flag, and said he believed the mask, made by his wife, was meant to depict the state flag of either Tennessee or Kentucky.

Zorn wore the controversial mask during a Senate vote to create an oversight committee to review the governor’s handling of the coronavirus outbreak. The body also approved bills limiting the power of the governor’s office during a public crisis.

Masks now required, motorboating is back and AirBnb rentals are banned: Here’s what changed in Michigan’s latest stay-home order