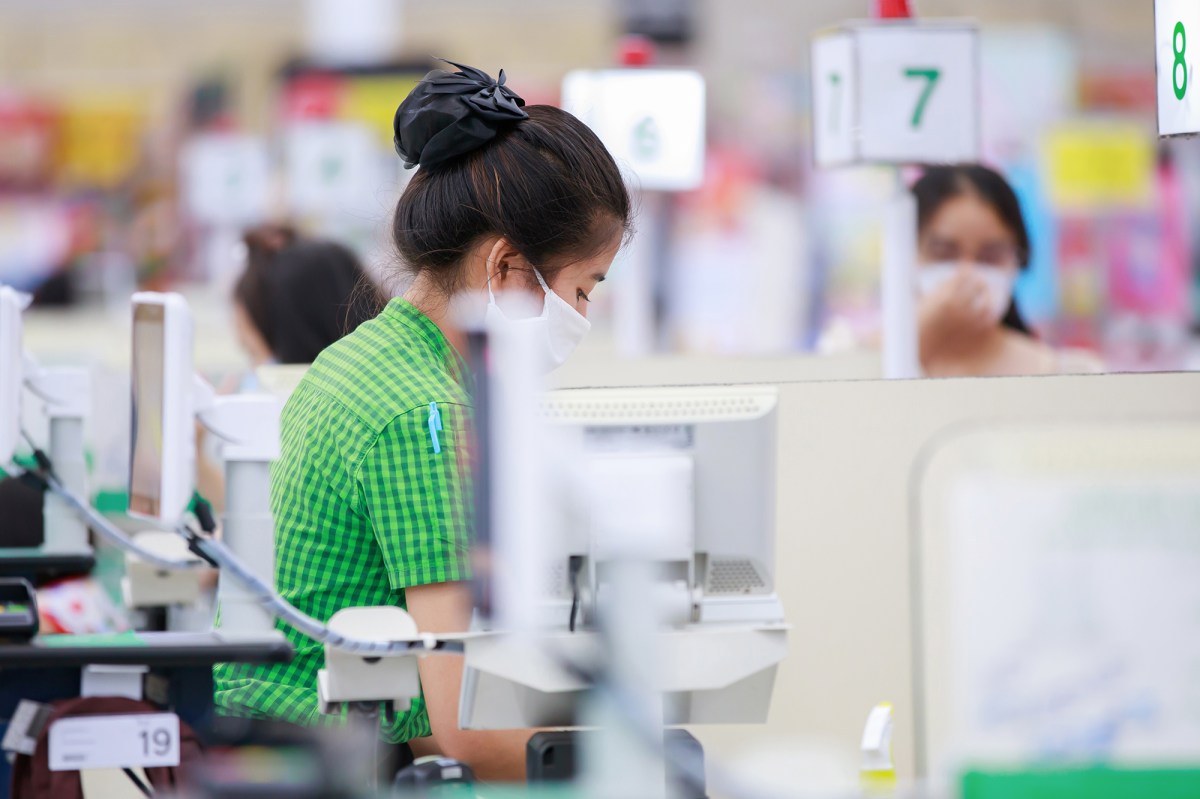 Grocery store workers — particularly those who interact with customers — are at serious risk of infection by the coronavirus, according to a new study in the journal Occupational and Environmental Medicine.

These workers likely became a “significant transmission source” for the illness without even knowing it because most in the study were asymptomatic, CNN reported.

The study found that 20 percent of 104 grocery store workers tested at a Boston store in May had positive nasal swab results, according to the network.

The analysis is the first to demonstrate the significant asymptomatic infection rate, exposure risks and psychological impact such workers have felt during the viral outbreak.

The 20 percent infection rate is significantly higher than what was seen in the surrounding communities, the researchers said.

Employees who dealt with customers were five times as likely to test positive as workers in other positions — but three out of four of those who tested positive had no symptoms, the report said.

“We were definitely surprised to see that there were that many people that were asymptomatic,” said Dr. Justin Yang, an assistant professor at Boston University School of Medicine and a researcher at Harvard School of Public Health who worked on the study.

“This is definitely very alarming as it means that retail grocery store employees are exposed to customers and sort of serve as a middleman for the virus — like a superspreader almost,” he added.

At least 108 grocery workers have died and more than 16,300 have been infected or exposed to the coronavirus, according to the United Food and Commercial Workers International Union, which represents 1.3 million employees.

[ad_1] Throughout 2021, Good Housekeeping will be exploring how we think about weight, our …