“It’s communities that will do this. There’s no magic bullet (for Covid-19), there’s no magic vaccine or therapy, it’s just behaviors,” said Dr. Deborah Birx, coordinator of the task force. “Each of our behaviors translating into something that changes the course of this viral pandemic over the next 30 days.”
Cases and deaths are soaring: At least 3,700 people have died in the United States — almost 800 of which were reported Tuesday alone. More than 184,000 coronavirus cases have been reported in the country. 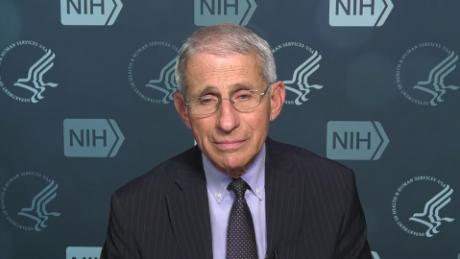 Models used by the White House predict that even with perfect adherence to social distancing guidelines, at least 100,000 Americans might die.
Dr. Anthony Fauci, director of the National Institute of Allergy and Infectious Diseases, told reporters that Americans should be ready for such a death toll, but the task force is working to keep the number down.
“We should be prepared for it. Is it going to be that much? I hope not, and I think the more we push on the mitigation the less the likelihood it would be that number,” he said.
President Donald Trump announced the White House’s coronavirus guidelines would be extended for another 30 days and that Americans should be ready for a “very tough two weeks ahead.”
Fauci also told Americans not to get discouraged when the number of deaths keeps increasing because other data will show mitigation is working.
Early clues — in places like New York, California and Seattle — indicate social distancing may be slowing the rate at which Covid-19 cases otherwise would have increased in the United States.
But health officials warn it’s too early to know how well it’s working — and even if mitigation measures continue, the number of US deaths still could be hard to take. 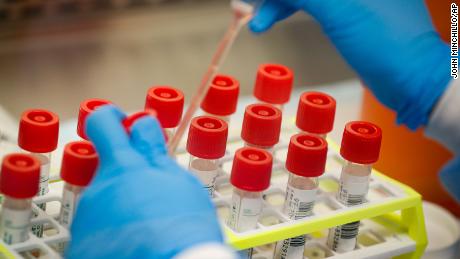 There are, however, signs that rates of case increases may have been slowed in some places. It’s too early to pinpoint why, though the signs have come after federal and state officials urged people to stay at home or avoid crowds:
• New York has by far the most US cases (75,700+) and deaths (1,500+). But the state’s average of day-over-day case increases for the past seven days was 17%, compared to 58% for the previous seven-day period, a CNN analysis shows.
• In Northern California, “the surge we have been anticipating has not yet come,” Dr. Jahan Fahimi, medical director at the University of California San Francisco Health, told CNN. San Francisco issued the country’s first shelter-in-place order two weeks ago, and officials hope it is paying off. That hope has not necessarily reached Los Angeles County, where hospitals are seeing a steady patient increase.
• In Washington state’s King County, two new reports from an institute that specializes in studying disease transmission dynamics showed social distancing measures appeared to be making a difference. 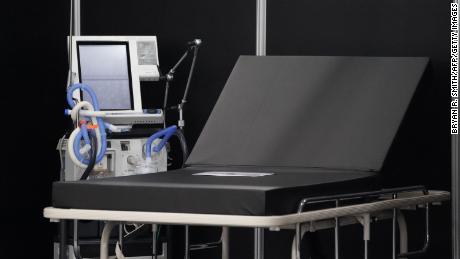 Another model shows a lower death toll for strict social distancing.
Still, even if all states mandate social distancing within the next week, and then maintained this through May, some 82,000 people in the US could die from coronavirus by August, University of Washington health metrics sciences professor Christopher Murray told CNN on Tuesday, citing his modeling.
Your coronavirus questions, answered

Signs continue to emerge that the pandemic is posing huge challenges to the US economy.
Food banks across the nation are struggling. Millions of newly unemployed people mean the food banks are seeing a flood of new clients, just as supplies start to dwindle because of growing demand from consumers stuck at home.
The investment bank Goldman Sachs, meanwhile, predicts the unemployment rate rising to 15% by the middle of the year.

‘Stay at home, buy us time’

In parts of the country, walking into work feels like walking into a war zone for many medical care workers.
“There is not enough of anything,” one trauma physician at Miami’s Jackson Memorial Hospital said. “There are just so many patients who are so sick, it seems impossible to keep up with the demand.” 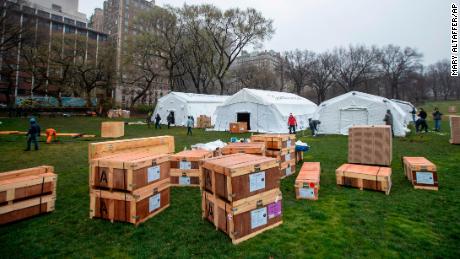 Inside New York City’s Elmhurst hospital, one doctor told CNN “we are at the brink of not being able to care for patients.”
It may seem simple, another doctor says, but staying at home could also be saving those working to save patients.
“It feels like coronavirus is everywhere and it feels like we have very little to protect ourselves from getting very sick ourselves as healthcare workers,” Dr. Cornelia Griggs, a pediatric surgery fellow at Columbia University, said Monday. “I want everyone at home to know that even though it seems like staying at home is futile, it’s not.”
“We need everyone at home to hold the line, stay at home. Buy us time, flatten the curve.”
The city’s police and fire personnel are struggling, too.
At the New York Police Department, 1,193 employees — 1,048 uniformed officers and 145 civilian workers — had tested positive for coronavirus by Tuesday morning, a law enforcement source told CNN. More than 5,600 members of the department — about 15% of the force — were out sick Tuesday, according to the source.
New York City Fire Department paramedic Madelyn Higueros, who works in the area near Elmhurst hospital, said her shifts have been extra hectic, responding to call after call from people with flu-like symptoms.
Her husband, also a city paramedic, has tested positive for coronavirus and is self-isolating away from the family. She doesn’t have symptoms.
“Most of the station is out with symptoms,” she said. “The ones that are still working, we’re so tired. … We’re working over 16 hours a day.”
The city fire department had 282 members test positive for coronavirus, spokesman Jim Long said Tuesday.

More than two dozen governors have stepped up to combat the spread of the virus, issuing stay-at-home orders that now cover more than three-fourths of the American population — and authorities have begun cracking down on those who refuse to abide. 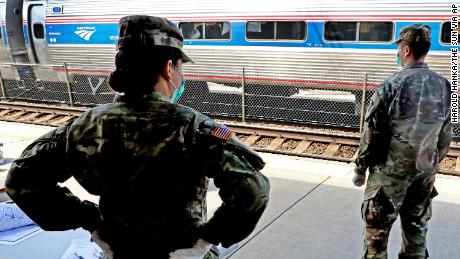 In Kentucky, Gov. Andy Beshear also issued an executive order Monday barring residents from traveling to other states — with just a handful of exceptions — and directing those who are returning to Kentucky from another state to self-quarantine for two weeks.
“Right now we have more cases in other states,” he said. “What it means is your likelihood of getting infected and potentially bringing back the coronavirus may be greater in other states than ours. You need to be home anyways.”
In North Dakota, residents coming back from any of the 24 states the US Centers for Disease Control and Prevention have classified as having “widespread disease” are also required to quarantine for two weeks. Those states include California, New York, Illinois and Georgia.
Those not following orders to stay at home and keep a distance have begun facing consequences.
A popular Florida pastor was arrested Monday for continuing to hold large services and charged with unlawful assembly and violation of public health emergency rules, both second-degree misdemeanors. 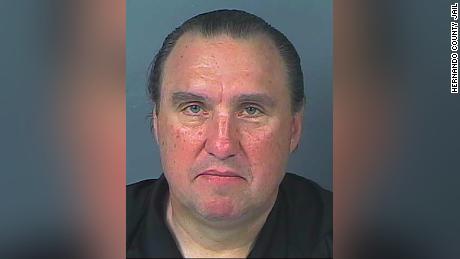 “Last night I made a decision to seek an arrest warrant for the pastor of a local church who intentionally, and repeatedly, chose to disregard the orders set in place by our president, our governor, the CDC and the Hillsborough County Emergency policy group,” Hillsborough County Sheriff Chad Chronister said.
“His reckless disregard for human life put hundreds of people in his congregation at risk, and thousands of residents who may interact with them this week in danger,” he added.