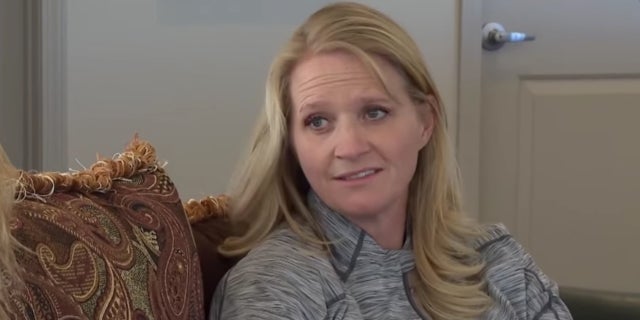 Christine Brown is showing off her fit figure as the Sister Wives star poses in workout clothing in a new Instagram snap that has her followers applauding her progress. Showing off her weight loss in pink leggings and a black fitted tee, Brown celebrated being “brave” and “fearless” in the caption.

The TLC star has been open about working to lose weight since last year, and clearly has made some progress! Her followers certainly took notice, with one commenting, “Wow Christine you look fantastic!”

“You look incredible well done,” another wrote, as a third commenting alongside applause emojis, “Christine fit!”

Brown and her fellow sister wives, Janelle, Robyn and Meri Brown, have been struggling this season with more than getting healthy, sparring with husband Kody Brown over his plan to move all the families into one massive home after their move to Flagstaff, Arizona.

“We did an entire discussion about one home and I think there’s a tendency, especially with my presentation of this one house idea, where there’s sort of a loyalty bond that they get with each there,” he explained in an episode last month. “It’s me or them.”

Janelle has been on board with the plan, saying earlier this season, “The whole idea of living together, I think, was so brilliant. And beautiful. I’m really concerned that if we choose to live in the four homes versus the one, our family culture will just continue to drift apart more and more.”

Brown, on the other hand, has been less enthusiastic.

“Open-minded” whatever!! @realkodybrown wants us to be “Kody-minded” and think just. Like. Him. #SisterWives

All the arguing appears to be wearing on Kody’s idea of having a plural marriage.

“I’m cynical now,” he said in a February episode. “When I was younger, it used to be a lot of pleasure to me when I’d see my wives goofing off and playing and having fun together. I’m jaded, I guess.”