The study, published Monday in the scientific journal Nature, involved a modeling technique typically used for estimating economic growth to measure the effect of shutdown policies across six countries: China, South Korea, Italy, Iran, France and the United States.
Those estimates suggest that, without certain policies in place from the beginning of the pandemic in January through early April, there would be roughly:
Overall, the study suggests that emergency Covid-19 policies prevented more than 500 million total coronavirus infections across all six countries.
The study period ended on April 6, but keeping shutdown orders in place after that time has likely led to even more coronavirus infections being avoided — even though maintaining such measures has been difficult, the study’s lead author, Solomon Hsiang, a professor and director of the Global Policy Laboratory at the University of California, Berkeley, said in a press release on Monday.
“The last several months have been extraordinarily difficult, but through our individual sacrifices, people everywhere have each contributed to one of humanity’s greatest collective achievements,” Hsiang said in the press release.
“I don’t think any human endeavor has ever saved so many lives in such a short period of time. There have been huge personal costs to staying home and canceling events, but the data show that each day made a profound difference,” Hsiang said. “By using science and cooperating, we changed the course of history.” 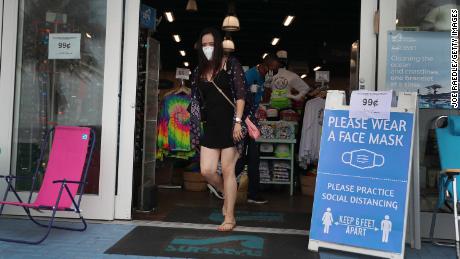 The study, conducted by researchers at UC Berkeley, included data across the six countries on daily infection rates, changes in coronavirus case definitions and the timing of 1,717 policy deployments — including travel restrictions, social distancing measures and stay-at-home lockdowns — from the earliest available dates this year through April 6.
The researchers analyzed that data to estimate how the daily growth rate of infections could have changed over time within a specific location if there were different combinations of large-scale policies enacted. The data showed that, excluding Iran, the growth rate of infections was around 38% per day on average before policies slowed the spread.
The researchers found that, across all six countries total, shutdown interventions prevented or delayed roughly 530 million total infections — which, based on testing procedures and how cases were defined, translates to about 62 million confirmed cases.
The researchers did not estimate how many deaths might have been prevented.
“Our analysis focuses on confirmed infections, but other outcomes, such as hospitalizations or deaths, are also of policy interest. Future work on these outcomes may require additional modeling approaches because they are relatively more context- and state-dependent,” the researchers wrote in the study.
The study had some limitations, including that available data on infections and measures across the countries were limited and the study can only suggest estimations about what could have happened.
“Our empirical results indicate that large-scale anti-contagion policies are slowing the COVID-19 pandemic,” the researchers wrote in the study. “Because infection rates in the countries we study would have initially followed rapid exponential growth had no policies been applied, our results suggest that these policies have provided large health benefits.” 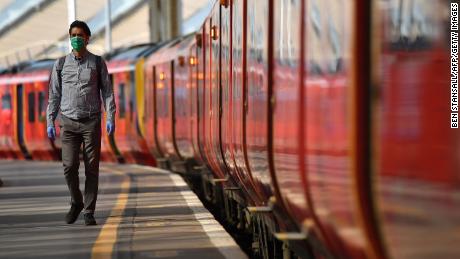 Even though that study did not include an analysis on Covid-19 deaths, a separate study that also published on Monday examined deaths across Europe.
Across 11 countries in Europe, the lockdown orders and school closures that were put in place in response to the coronavirus pandemic may have averted about 3.1 million deaths through early May, according to estimates from another modeling study.
The study, also published in the journal Nature, suggests that across those European countries, between 12 and 15 million people have been infected with the coronavirus through May 4, representing between 3.2% and 4% of the population. 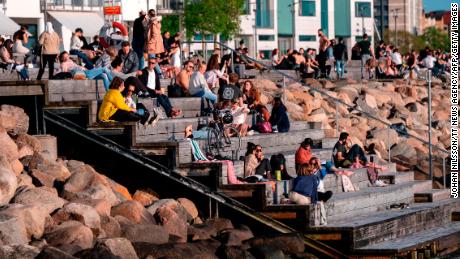 The study, from Imperial College London, involved back-calculating coronavirus infections from observed deaths, and that death data was used to model changes in the course of Covid-19 from the start of the pandemic to May 4, when lockdowns started to be lifted.
The countries included in the data were: Austria, Belgium, Denmark, France, Germany, Italy, Norway, Spain, Sweden, Switzerland and the United Kingdom.
The study had some limitations, including that deaths attributable to Covid-19 early on in the pandemic could have been missed in the data, and there is variation in the reporting of deaths by country.
“Using a model based on data from the number of deaths in 11 European countries, it is clear to us that non-pharmaceutical interventions — such as lockdown and school closures — have saved about 3.1 million lives in these countries,” Seth Flaxman, a senior lecturer in the Department of Mathematics at Imperial College London who worked on the study, said in a press release on Monday.
Flaxman added, “Our model suggests that the measures put in place in these countries in March 2020 were successful in controlling the epidemic by driving down the reproduction number and significantly reducing the number of people who would have been infected by the virus.”