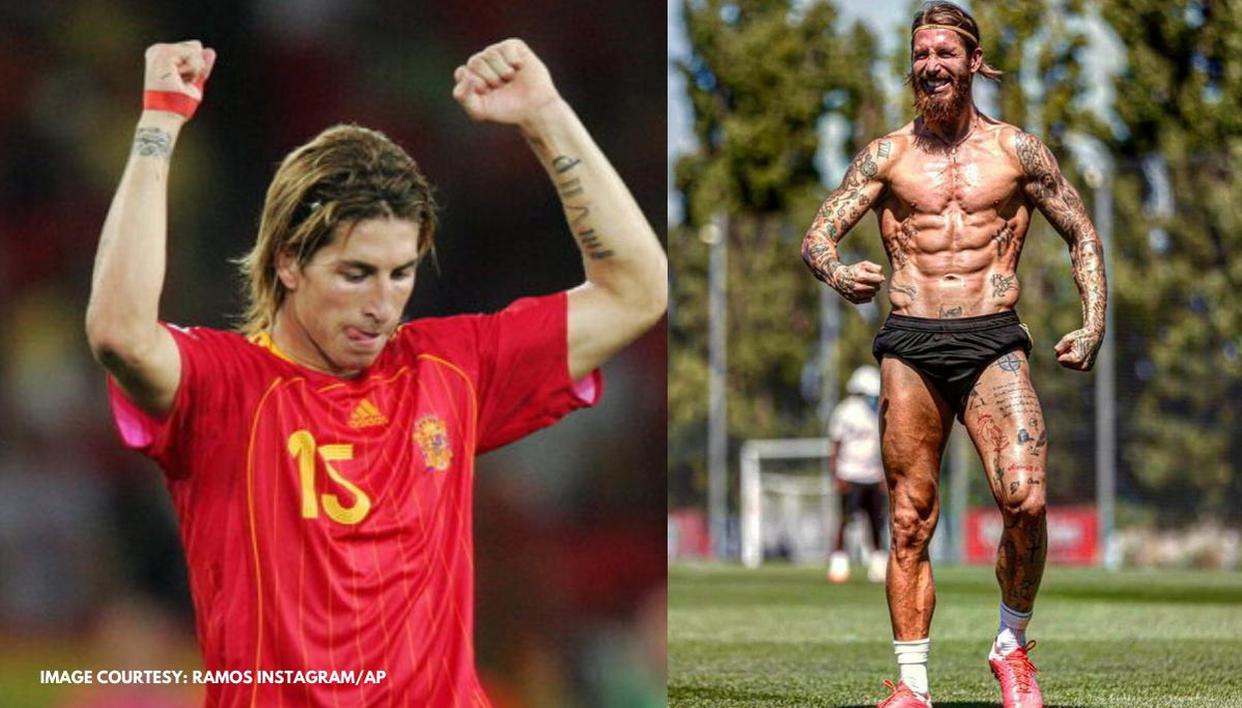 Real Madrid captain Sergio Ramos has been one of the pillars of the club over the past decade. The centre-back, who arrived as a skinny athlete from Sevilla at Santiago Bernabeu, has gone on to become one of the fittest footballers in the world, boasting a well-toned physique that resembles his former club teammate, Cristiano Ronaldo.

Sergio Ramos was signed as a right-back from Sevilla in 2005 and did not feature in the heart of defence until 2009 when Pepe was forced out of the squad due to an injury. Since then, the Sergio Ramos body transformation has been nothing short of incredible, becoming a source of inspiration for young footballers. The Spaniard, while speaking to UEFA, shed light on his body transformation.

Sergio Ramos asserted that he gets up every day with the firm determination to keep improving, although he does not look for recognition on the field. Instead, he wants to improve himself every season, irrespective of the accolades that he has won in the past; individually or collectively. He claimed that he will continue playing football as long as his body permits him to.

Also Read | Sergio Ramos lashes out at Barcelona, Pique; warns them not to imagine things about VAR

In another interview with High Snobeity, Sergio Ramos revealed the secret to his body transformation. The 2010 World Cup winner emphasised that he focuses more on his diet. The Sergio Ramos body transformation is largely based on a diet that includes coffee, whole grain bread, proteins like turkey breast or a poached egg, apart from a piece of fruit.

However, Sergio Ramos’ diet is limited to training days. The four-time Champions League winner prefers an even lighter diet on normal days. The Real Madrid skipper also shed light on his high-intensity workout that focuses on functional movement. He focuses more on core strength while also targeting specific muscle groups every time he workout in the gym. The Real Madrid mainstay also possesses several tattoos on his body, most of which relate to his side’s success in the Champions League.

Amid the impressive Sergio Ramos body transformation, a Real Madrid LaLiga triumph is also on the cards. A victory against Villarreal at Alfredo di Stefano on Thursday (Friday according to IST) will ensure their coronation. Meanwhile, defending champions Barcelona trail by four points to Los Blancos and will play Osasuna this week.