Sean Penn penned a fiery letter to the staffers of his COVID-19 vaccination site in Los Angeles after two anonymous workers complained about the operation online.

The Oscar-winning actor appears to keeps a close eye of what’s said about the mass center at Dodgers Stadium supported by his CORE (Community Organized Relief Effort) nonprofit. The foundation has received heaps of praise over the last year for its swift responses to the coronavirus pandemic by providing test and vaccine centers.

On Friday, at a little over 8 p.m., Penn, 60, fired off an email to his CORE staffers to communicate his fury with two employees who criticized his operation in the comments section of a recent New York Times article. The LA Times obtained and published a copy of the email on Wednesday.

According to the LA Times, one of the employees anonymously claimed staff were overworked after LA Mayor Eric Garcetti switched the center from a COVID-19 testing site to a vaccination center. The staffer complained of employees working “18 hour days, six days per week,” the report states, and “without the opportunity to take breaks.” The commenter also claimed Garcetti “more or less ordered” a violation of Occupational Safety and Health Administration rules. 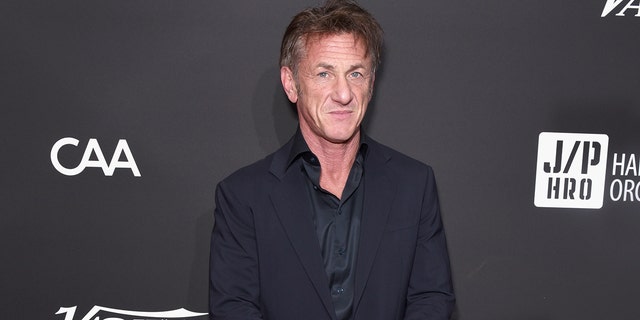 Sean Penn fired off a passionate email to his CORE staffers on Friday in response to ‘highly visible’ complaints two anonymous employees made online. The actor called the complaints a ‘betrayal of all.’
(Presley Ann/Getty Images)

Another anonymous employee slammed claims made in the NY Times’ story about its supposed Krispy Kreme breakfasts and Subway lunches. CORE employees “usually DON’T get breakfast, just coffee,” the second staffer reportedly wrote. The employee alleged the free sandwiches were “NOT” from the sandwich giant, and instead are “the same old lettuce wraps every day.”

In his email to staff, Penn spoke of his “grave concern” for the “broad-based cyber whining.” He chalked up the “highly visible” complaints as a “broad betrayal of all.”

“Those comments, which claimed to be revealing of inaccuracies about our vaccine effort at Dodger Stadium in a news report, were in themselves not only a propagation of deeper inaccuracies, but also indulged the personal opinions of those alleged CORE staffers in a way that violates everything that keeps us whole,” Penn writes.

The actor goes on to suggest that those who are unhappy with CORE’s standards should quit.

“It’s called quitting. Quit for CORE. Quit for your colleagues who won’t quit. Quit for your fellow human beings who deeply recognize that this is a moment in time. A moment of service that we must all embody sometimes to the point of collapse. That’s my job. And that’s your job,” Penn writes. 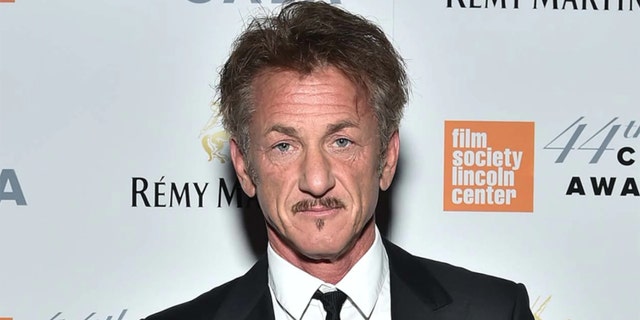 In between his calling out of the “ill-equipped” comments, Penn applauds the “extraordinary partnerships” he says CORE is founded on, and insists these partnerships are key to its operation and “did not happen by accident” nor “overnight.”

“It happened because all the CORE strategic and operational inputs made by so many of you, and those you stand shoulder-to-shoulder with every day, earned it,” the email reads.

“So, when two from within our ranks make unilateral decisions to indulge their own whim of dissent in the low-hanging fruit of cyberspace, and to, in this situation, register such obscene critiques of valued partners, or CORE itself, the only thing they will have contributed to is a lessening of CORE’s impact in the fight against COVID-19. A fissure that could collapse a life-saving enterprise. And to whoever authored these, understand that in every cell of my body is a vitriol for the way your actions reflect so harmfully upon your brothers and sisters in arms,” his email continues.

Penn also denounces the claim one anonymous staffer made about Garcetti ordering an OSHA violation. The actor praised Garcetti as a “hero.”

“So, let me make this EXCESSIVELY CLEAR: With all due respect to the Mayor’s official authorities and responsibilities, none give him authority to ‘order’ or impose directives directly on CORE staff. Full stop. His official authority is exercised at his initiative through a chain of command, that in the case of Covid vaccination programs, he directs through the highly structured and extraordinarily well-led Los Angeles Fire Department, with whom we partner on site,” Penn continues.

Penn concludes his email with praise for his staff and volunteers who “rose up” to the occasion amid the pandemic thus far. He also faulted himself for not communicating more with his employees and volunteers.

“I do not feel that I have served you well enough in this mission in making sure that I communicate regularly to all of you just how extraordinary you are. I hope that for me too, this is the beginning of a better day, and that I will be able to offer you your deserved acknowledgment from my end,” Penn wrote. To those I have overlooked, take this as my sincerest apology. I will try to look harder through the sea of masked faces to see the people behind them. No excuses. Only improvement. Let’s all summon every bit of strength to be a sum that is as great as the parts you all so individually represent.”

Penn first founded CORE after the 2010 earthquake in Haiti. According to its website, CORE succeeded in securing a network of doctors, emergency workers and government officials to take “immediate action” after the crisis and continues to rebuild communities daily.

The non-profit is also focusing its efforts on assisting medical professionals amid the current pandemic. According to the website, CORE’s aim at the moment is to “promote safe and efficient COVID-19 testing to vulnerable populations in Los Angeles.”

The Dodger Stadium site has reportedly 350 staff members and volunteers. The group behind it is also running nearly 50 COVID-19 testing sites throughout the United States.

A rep for Penn did not immediately resopnd to Fox News’ request for comment.