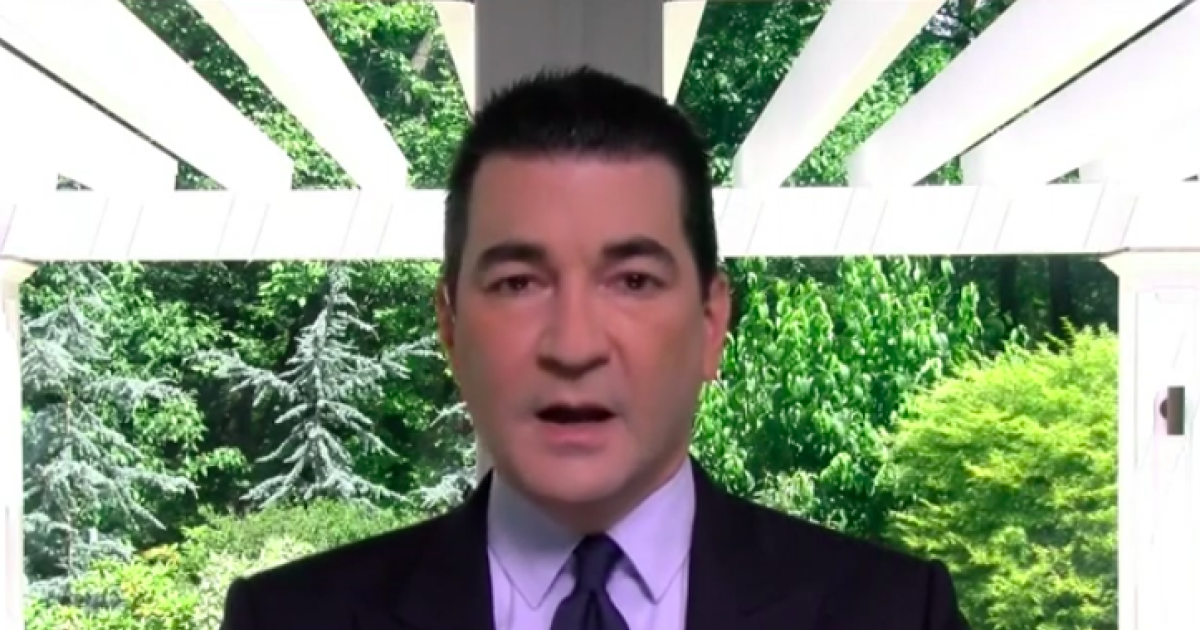 Washington — Dr. Scott Gottlieb, the former head of the U.S. Food and Drug Administration (FDA), warned Sunday that some states, particularly in the South, could be teetering toward “exponential growth” in the number of coronavirus infections, as states have begun lifting restrictions and Americans are venturing into public more and more.

Gottlieb told “Face the Nation” he’s concerned that states like Texas, Florida, Alabama, South Carolina, North Carolina and Arizona are “going to tip over into exponential growth” this coming week.

“The challenge with exponential growth is everything looks OK until suddenly it doesn’t, so this is something that has to be a concern of everyone that’s been watching this,” Gottlieb said.

The former head of the FDA under President Trump, Gottlieb said cases are growing in big states, and it may be more difficult for public health officials to get the coronavirus under control once again as businesses that were battered by the pandemic after shutting their doors begin to open.

“We’re not going to want to shut down the economy,” he said. “There’s not many tools we can reach for.”

Gottlieb said there are some case-based interventions that could be useful, such as tracking and tracing those who become infected to ensure they are isolated, as well as moving toward universal use of masks, though he acknowledged that’s been “controversial” in some states.

“But there’s not much else you can do, so there’s no quick intervention that’s going to bring this to an end,” Gottlieb said.

There have been more than 2.2 million confirmed coronavirus cases in the U.S., and the death toll is approaching 120,000, according to Johns Hopkins University. As some states began to report a flattening or decrease in the number of new infections, officials began a phased easing of restrictions imposed to limit the spread of the coronavirus.

But now, more than 20 states are experiencing a surge in new cases. To address the spike, leaders in at least a dozen states and the District of Columbia require the use of masks or face coverings in public, and the Centers for Disease Control and Prevention released guidance this month urging people to do so in settings where it is difficult to follow social distancing measures.

Still, the wearing of masks has become politicized as residents of some states flout the requirements. Mr. Trump has not been seen wearing a mask during trips outside the White House, and White House press secretary Kayleigh McEnany told reporters she would not wear one at Mr. Trump’s rally in Tulsa on Saturday.

Gottlieb said that wearing a mask should not be controversial and called it a “simple intervention.”

States have been increasing their testing, and the country is identifying a higher percentage of overall infections, Gottlieb said. Still, he added that the number of infections is also rising and warned “the challenge is there’s not a clear endpoint.”

“We’re becoming more and more dependent upon a therapeutic intervention early in the fall to be our backstop because we’re taking a lot of virus through this summer,” he said. “We really shouldn’t be where we are in June right now. It’s not clear what’s going to improve the picture in July and August if we’re not going to start to impose additional mitigation, start closing bars and restaurants. And states aren’t going to want to do that. They’re going to be slow to do that. So these case counts are going to build.”