Months into the coronavirus pandemic, researchers are still investigating the actual event where the crossover of the novel coronavirus from animals to humans occurred. A team of scientists may have discovered the answer to the question many have been asking for months, according to a study published in Nature Microbiology.

The group of scientists from the United States, China, and Europe compared mutation patterns of SARS-CoV-2, the virus that causes COVID-19, to other viruses, and created an evolutionary history of the related viruses. They discovered the lineage responsible for producing the virus that created the COVID-19 pandemic has been present in bats, according to the study. 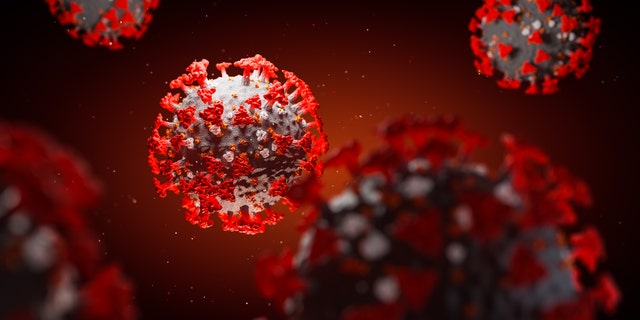 Scientists discovered the lineage responsible for producing the virus that created the COVID-19 pandemic has been present in bats, according to the study.
(iStock)

“Collectively our analyses point to bats being the primary reservoir for the SARS-CoV-2 lineage. While it is possible that pangolins, or another hitherto undiscovered species, may have acted as an intermediate host facilitating transmission to humans, current evidence is consistent with the virus having evolved in bats resulting in bat sarbecoviruses that can replicate in the upper respiratory tract of both humans and pangolins,” the study authors said in the published report.

The novel coronavirus evolved from other bat viruses from 40-70 years ago, the team of researchers said.

“The lineage giving rise to SARS-CoV-2 has been circulating unnoticed in bats for decades,” the authors wrote.

In a news release provided to Fox News, the researchers said that SARS-CoV-2 is similar genetically (about 96%) to the RaTG13 coronavirus found in a sample of the Rhinolophus affinis horseshoe bat in 2013 in Yunnan province, China, but it diverged from RaTG13 back in 1969.

“The ability to estimate divergence times after disentangling recombination histories, which is something we developed in this collaboration, may lead to insights into the origins of many different viral pathogens,” Principal investigator, Philippe Lemey, with the Department of Evolutionary and Computational Virology, KE Leuven, said in the release.

The novel coronavirus shares a trait with older members of its lineage regarding the receptor-binding domain (RBD) on its spike protein, which allows it to bind with human receptor cells, the authors said.

“Its receptor-binding motif, important for specificity to human ACE2 receptors, appears to be an ancestral trait shared with bat viruses and not one acquired recently via recombination,” according to the study.

“This means that other viruses that are capable of infecting humans are circulating in horseshoe bats in China,” co-author of the study, David Robertson, who is a professor of computational virology at MRC-University of Glasgow Centre for Virus Research, explained in the release.

The authors of the study said other groups of researchers were incorrect in suggesting that evolutionary changes that occurred in pangolins allowed the novel coronavirus to be transmitted to humans. Robertson said, “SARS-CoV-2’s RBD sequence has so far only been found in a few pangolin viruses.

CORONAVIRUS MAY HELP RESEARCHERS IN FIGHTING CANCER, ACCORDING TO SCIENTIST

“While it is possible that pangolins may have acted as an intermediate host facilitating transmission of SARS-CoV-2 to humans, no evidence exists to suggest that pangolin infection is a requirement for bat viruses to cross into humans,” Robertson also stated in the report. “Instead, our research suggests that SARS-CoV-2 likely evolved the ability to replicate in the upper respiratory tract of both humans and pangolins.”

Implementing systems to monitor human diseases in real-time and better sampling of bats are needed to detect new infectious microorganisms and prevent future pandemics, the authors said in the release.

“The key to successful surveillance,” Robertson said, “is knowing which viruses to look for and prioritizing those that can readily infect humans. We should have been better prepared for a second SARS virus.”