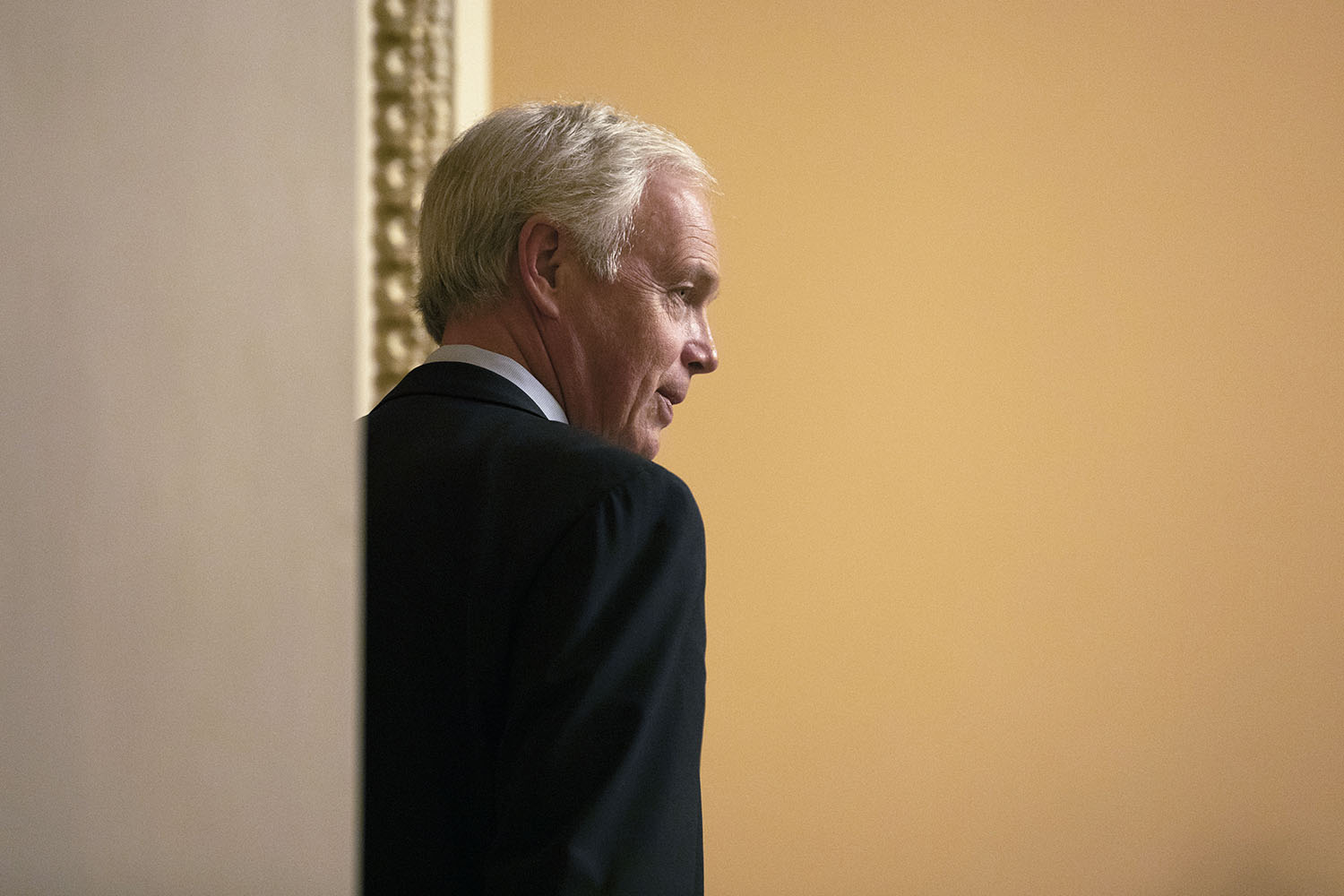 Sen. Ron Johnson is organizing a letter from physicians to push President Donald Trump to increase access to the malaria drug hydroxychloroquine, despite scant evidence that it’s an effective treatment for coronavirus.

The Wisconsin Republican’s letter, which is still being circulated for signatures, urges Trump to remove a restriction from the Food and Drug Administration that says hydroxychloroquine and chloroquine can be used for only certain “hospitalized patients.”

In addition, the letter recommends Trump issue an executive order that would prohibit governors from limiting hydroxychloroquine to hospitalized patients and prevent any state medical and pharmacy boards from retaliating against doctors or pharmacists who prescribe the drug for patients infected with or exposed to coronavirus.

Johnson has long sought to loosen FDA restrictions; he helped write “right to try” legislation to expand access to experimental drugs and he cites patients’ right to try in this latest campaign.

Several states have urged doctors to stick to prescribing the medicines only for their proven uses or have restricted prescriptions to a certain number of days to avoid hoarding after prescription rates soared across the country; shortages have quickly arisen for patients who have used the product for years to treat lupus and arthritis. Other lawmakers such as Sen. Elizabeth Warren (D-Mass.) have demanded plans from the administration about how to secure supplies for those longtime patients.

Johnson’s letter argues that restricting the drug to hospitalized patients results in the “loss of the critical early window of opportunity” to prevent the spread of the virus and reduce hospitalizations.

But critics of the administration’s plan to dole out hydroxychloroquine for off-label use say that prescribing it outside of hospitals will make it even more difficult to track effectiveness or risks, like heart problems, that can spring up. There is no evidence that the drug helps prevent coronavirus and limited data to suggest it helps people early on in their infection, though trials are ongoing.

Johnson’s office said that so far, the letter has the backing of 776 practicing physicians. He’s already submitted it to the White House but is collecting more signatures until Trump responds.

The letter also pushes back on criticism that hydroxychloroquine is an unproven way to address the coronavirus because no definitive clinical results have come out yet and some early studies suggest no impact at all.

“Evidence of successful treatment in thousands of patients is accumulating from many countries as well as U.S. physicians; it is far beyond ‘anecdotal,’” the letter said.

The letter acknowledges that the World Health Organization and other experts say “there is no evidence” the drug can prevent or cure coronavirus and notes that it hasn’t gone through a full clinical trial. But it also notes that clinical trials can take years.

“We can’t wait months for a completed [randomized, placebo-controlled, doubleblind clinical trial] or a vaccine,” the letter said. “People are dying every day.”

But Dr. Anthony Fauci, the nation’s top infectious diseases expert, said Wednesday that randomized control clinical trials are still “the optimal way to determine ultimately if something is safe or effective and works.”

Trump has often touted hydroxychloroquine and threatened to “slash red tape” to get out experimental drugs faster to the public. But health experts have strongly urged the president not to skip over needed testing to ensure the drug is safe.

Sarah Owermohle contributed to this report.