In a recent post on Instagram, WWE Superstar Roman Reigns shared a video of a new exercise he was working out on. He is apparently targeting a specific region in his body and will be focusing on it for the next few weeks. 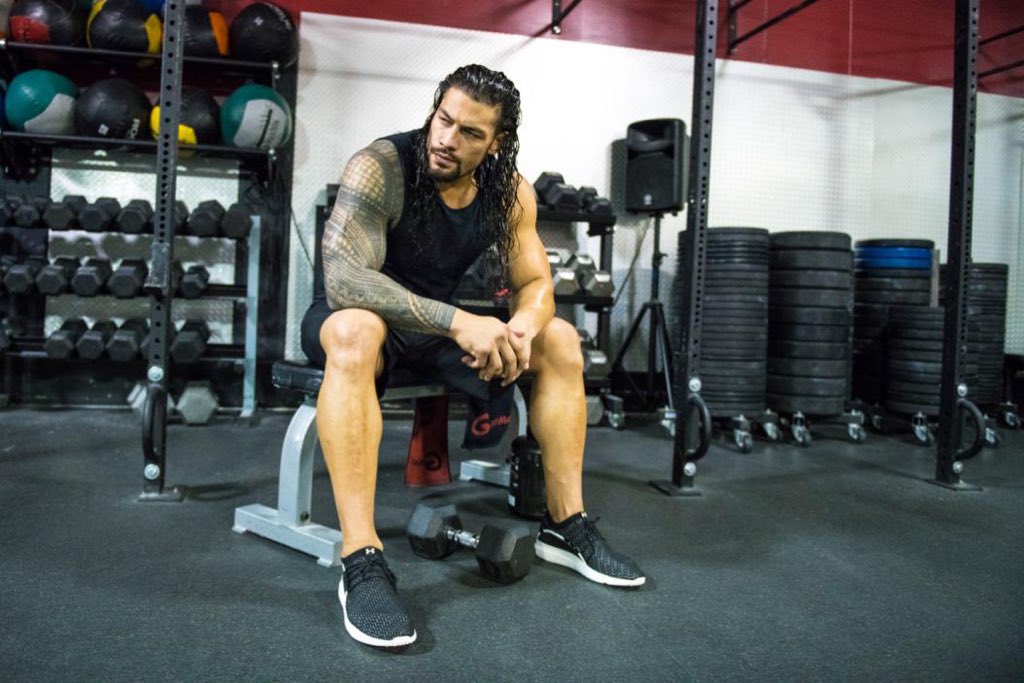 Ever since the pandemic spread across the world, Roman Reigns was among the few Superstars who decided to opt out of in-ring action. This was due to health and safety concerns. He also needed some time off after reaching the news that he had become the father of twins.

His absence has left a big dent in the main roster. WWE has adapted pretty well by finding other storylines.

In his free time, Reigns still works on his muscle and is trying to get more buff than he already is. 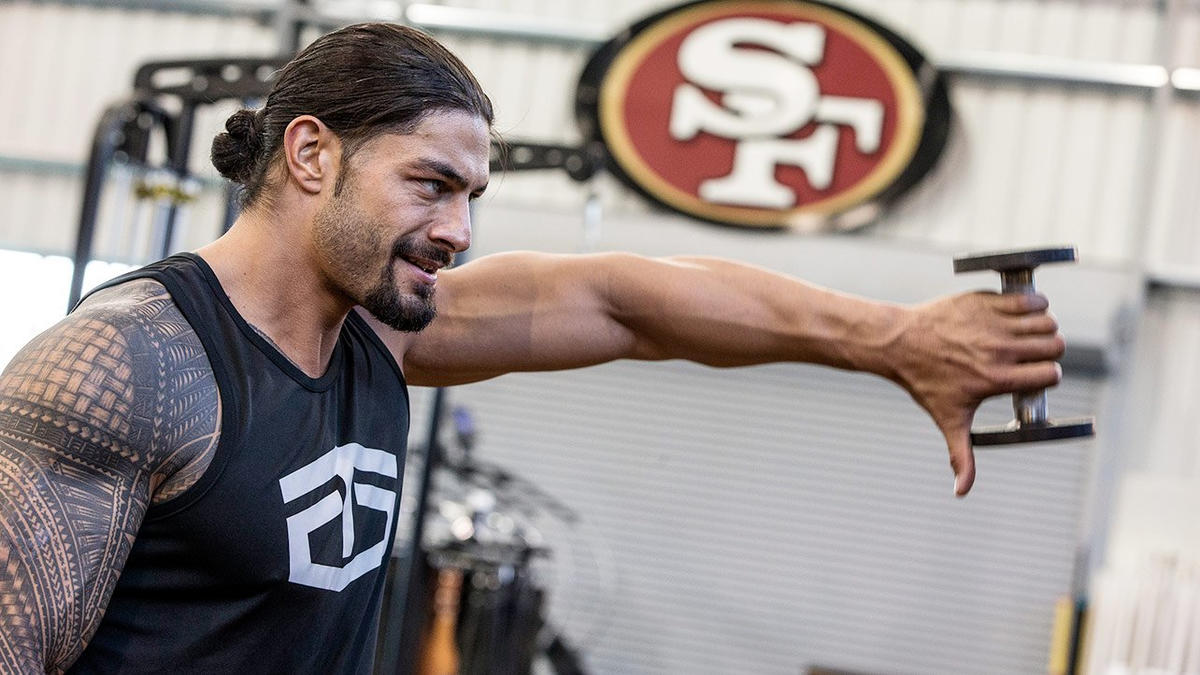 In the recent post, Reigns shared a video of him working out to the new exercise- the Seated Side Lateral. He manages 12-16 reps, lifting 45 lb dumbbells in each hand which makes a sum total of 90 lbs. That’s a little above 20 Kgs in each hand!

Roman Reigns’ use of the hashtag Y3T means that he is following the training plan of famous Trainer and Coach Neil Hill. Hill’s workout plans have helped a lot of people like Reigns to reach their fitness goals.

“The Roman Empire” might be halted for now due to the hard times. Make no mistake, he will be back stronger than ever. Making it clear in the video, he isn’t yet done working out on his shoulder region.

Roman Reigns’ return is just what WWE needs right now. Anything that can help boost the ratings back up is enough. Reigns will undoubtedly rally the ratings if he returns.

The Superstar is still a crowd-favorite and will definitely make an impact on his arrival. Kevin Owens also took a similar leave to be with his family for a week, and Sami Zayn still remains out of the scene.

For now, Reigns is focused on his shoulder workouts. I pity whoever comes in the way of those clotheslines when he returns to action.