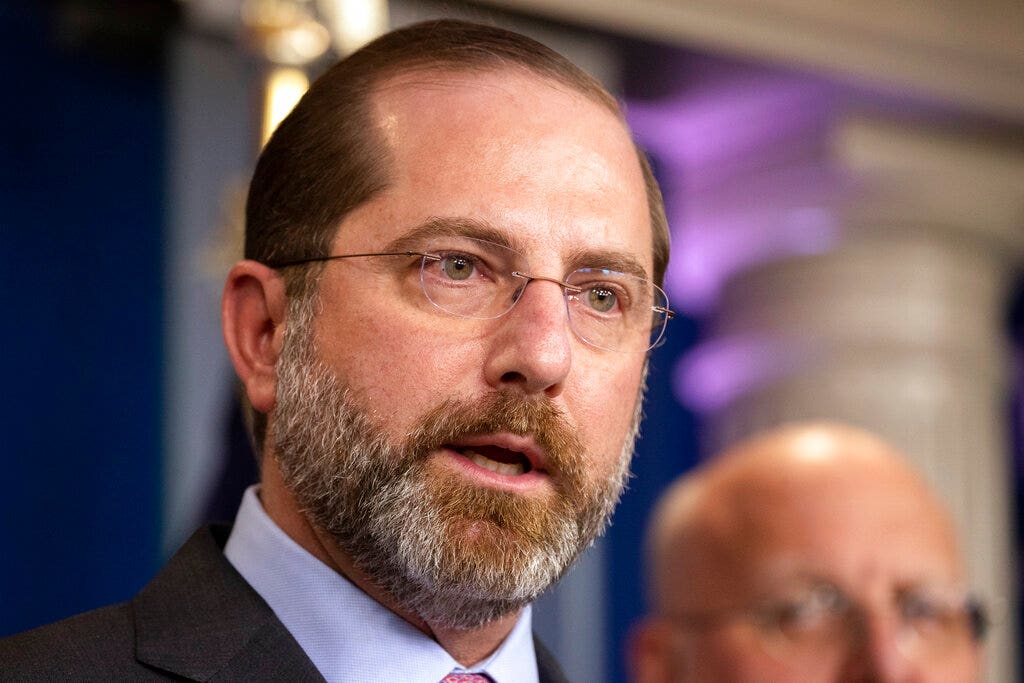 At least 40 people in Rhode Island are being monitored after the state confirmed its first case of the coronavirus, health officials said.

The Rhode Island Department of Health announced early Sunday that the man, in his 40s, recently had returned home after a trip to Italy, where cases of the coronavirus have skyrocketed in recent months.

Rhode Island Gov. Gina M. Raimondo said during a news conference that the risk for Rhode Islanders remained generally low and there was no need to panic or be frightened.

The man, whose identity was not released, has had “limited travel” in Rhode Island since returning from Italy, and has not returned to work, the Providence Journal reported.

Health Department officials said they have made “extensive efforts” to ensure that all those who had contact with the man would undergo a two-week period of self-monitoring for symptoms at home with public health supervision.

“As long as anyone exposed to the individual does not have symptoms outside of their home setting, the virus cannot spread to other people in the community,” the Health Department announced.

The man currently has been hospitalized and receiving treatment. The hospital was coordinating closely with the Health Department, the Providence Journal reported.

Rhode Island’s health director, Dr. Nicole Alexander-Scott, said the state anticipated having its first case of the coronavirus but urged everyone to take common-sense precautions.

“We are not widespread community transmission in Rhode Island, and the general level of risk for Rhode Islanders is still low,” she said. “However, everyone in Rhode Island has a role to play in helping us prevent the spread of viruses, just like the flu. It is very important that people wash their hands regularly, cover their coughs and sneezes, and say home if they are sick.”

Elsewhere over the weekend, the number of U.S. cases grew following reports of new infections in Illinois and at least two in Washington state, including a man in his 60s who was in critical condition. The news brought the total number of confirmed coronavirus cases in the Seattle area to six.

Vice President Mike Pence sought Sunday to reassure the American public that the federal government was working to make sure state and local authorities were able to test for the disease.

CORONAVIRUS: HOW COUNTRIES AROUND THE WORLD ARE REACTING TO THE OUTBREAK

Health and Human Services Secretary Alex Azar and Pence, who both made the rounds on talk shows, said thousands of testing kits had been distributed to state and local officials, with thousands more to come.

The Trump administration officials appeared on television as Washington state declared a state of emergency following the virus-related death of a middle-aged man there Saturday, the first in the U.S.

Azar said investigators had yet to determine how the man contracted the virus but stressed that the risk from coronavirus remained low for the “average” American.

The number of cases worldwide has grown to over 80,000, with nearly 3,000 deaths. The number of known coronavirus cases in the U.S. had reached 70 as of Sunday.