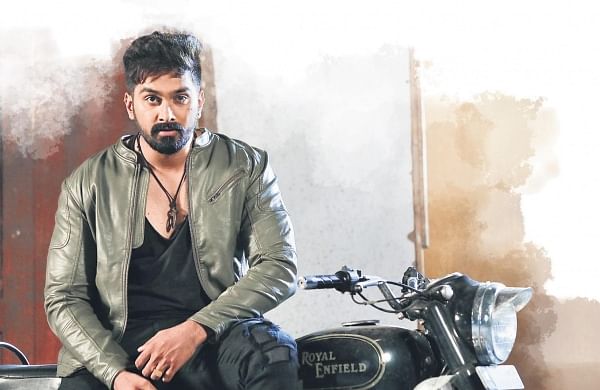 Rajavardan, who was last seen in the historical drama, Bicchugatti: Chapter 1 Dalvayi Dange, will be starring in an action-based commercial drama, for which he will be collaborating with director Kumaresh M. The latter made his debut with Noorondu Nenapu, and this will be his second film.

This yet-to-be-titled project is said to be based on a true situation involving a big scam, and the actor has undergone a major transformation for the role.

“With each film, I am attempting a new genre, and my next film will bring in a mass appeal. First, it is the story of a true incident that Kumaresh has written, and that caught my interest. Moreover, this will also be my first full-fledged action film, which I am quite excited about,” says Rajavardhan, while sharing the latest pictures with CE.

“The character required me to work on my physique, for which I took up boxing seriously during the lockdown period,” he adds.

Rajavardan will make an official announcement of the project on Thursday on his social media platforms, when more details will be revealed.

He will then release the first look and title. The actor currently has a project under way for P2 Production. It’s a romantic drama, for which half the shooting has been done.

“I am waiting for the production house to resume shooting for the film. Once I am done with it, I will shoot for this project with Kumaresh,” the actor adds.

I had intentionally taken a long break after my debut film, Noorondu Nenapu, as I wanted to come up with good content.

I have currently come up with 4-5 stories, out of which one subject suited Rajavardan, and we are teaming up together.

The film is based on a true incident and will be a pucca commercial entertainer. The action-based plot also has elements of love and thrill.