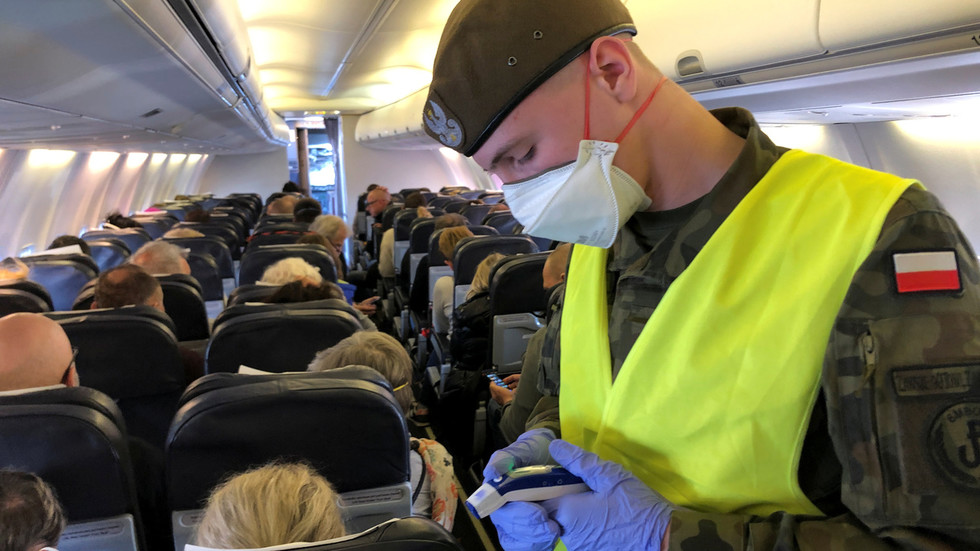 Poland is suspending flights to and from the UK, joining numerous other countries, which have restricted travel to Britain over concerns about a new variant of Covid-19, which is said to spread faster than the previous strain.

The Polish travel ban will come into force at midnight on Monday, government spokesman Piotr Muller announced on Twitter. Many other nations, including the Netherlands, Belgium, Italy, France, Germany, Iran, Argentina, Chile and El Salvador have cut transportation to and from the UK.

Also on rt.com
‘Are we the baddies?’ Brits not amused as Ireland & France join EU states in locking out travel from UK over mutant Covid strain


The restrictions were applied after Britain’s decision to impose a strict Tier 4 lockdown in part of the country in response to the fast spread of a new strain of Covid-19 in southern England. The new variant is said to be significantly more contagious than those discovered previously, British officials said, explaining why the government would not relax Covid-19 rules for Christmas, contrary to its promises.

The effectiveness of the travel bans are yet to be seen, considering that the same strain has been identified in patients outside of the UK. Some countries, like Turkey and Saudi Arabia, have cut travel not only to the UK but to other nations as well, hoping to keep the mutant virus out of their territory.