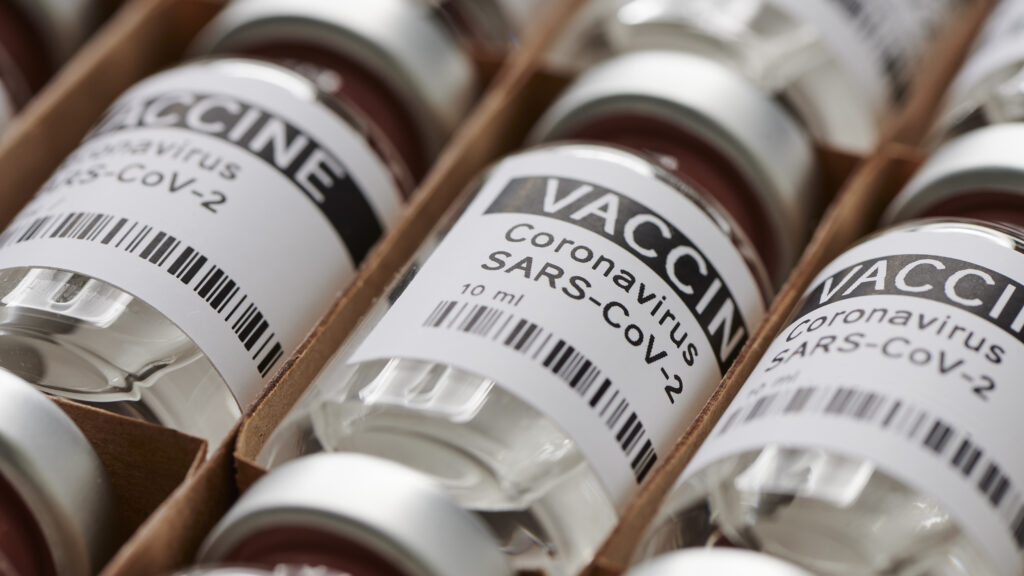 The coming few weeks represent a crucial moment for an ambitious plan to try to secure Covid-19 vaccines for roughly 170 countries around the world without the deep pockets to compete for what will be scarce initial supplies.

Under the plan, countries that want to pool resources to buy vaccines must notify the World Health Organization and other organizers — Gavi, the Vaccine Alliance, as well as the Coalition for Epidemic Preparedness Innovations — of their intentions by Monday. That means it’s fish-or-cut-bait time for the so-called COVAX facility.

Already, wealthy countries — the United States, the United Kingdom, Japan, Canada, and Australia, among others, as well as the European Union — have opted to buy their own vaccine, signing bilateral contracts with manufacturers that have secured billions of doses of vaccine already. That raises the possibility that less wealthy countries will be boxed out of supplies.

And yet Richard Hatchett, the CEO of CEPI, insists there is a path to billions of doses of vaccine for the rest of the world in 2021. STAT spoke with Hatchett this week. A transcript of the conversation, lightly edited for clarity and length, follows.

You said this is a critical time for CEPI. Can you explain what needs to happen between now and mid-September for this joint purchasing approach to be a success?

The critical moment is now for countries to commit to the COVAX facility, because that will enable us to secure ample quantities of vaccine and then to be able to convey when that vaccine is likely to become available based on current information.

What we’re now here asking countries to do is to indicate their intent to participate by Aug. 31, and to make a binding commitment by Sept. 18. And to provide funds in support of that binding commitment by early October. Our negotiations with companies are already taking place and it will be important for us from a planning purpose that countries indicate their intent to participate.

Is it possible this thing could still fall apart? There appears to be some concern COVAX has been boxed out by rich countries.

There was always a possibility that there wouldn’t be sufficient uptake. But I think we’re very encouraged at this point by the level of commitment, both from countries that would be beneficiaries of the advance market commitment — that’s the lower-income, lower-middle-income countries — as well as the self-financing countries. To have over 170 countries expressing interest in participating — they see the value.

We’re much more encouraged now that it’s not going to fall apart. We still need to bring it off to maximize its value. And we’re right at the crunch moment where countries are going to have to make these commitments. So, the next month is really absolutely critical to the facility. I am confident at this point that the world recognizes the value and wants it to work.

I’ve been keeping tabs on advance purchase agreements that have been announced. And at this point, a small number of rich countries have nailed down a lot of vaccine — more than 3 billion doses. How hard does that make your job?

The fact that they’re doing it creates anxiety among other countries. And that in itself can accelerate the pace. So, I’m not going to say that we’re not watching that with concern.

I will say that for COVAX and the facility, this is absolutely critical moment. I think we still have a window of opportunity between now and mid-September — when we’re asking that the self-financing countries to make their commitments — to make the facility real and to make it work.

I think it’s really important to bear in mind is that there are at least a few countries — and I think the U.S. and the U.K. most publicly — that may be in a situation of significant oversupply. I believe the U.S. and U.K. numbers, if you add them together, would result in enough vaccine for 600 million people to receive two doses of vaccine each. And, you know, there is no possible way that the U.S. or the U.K. can use that much vaccine.

So, there may be a lot of extra supply that looks like it’s been tied up sloshing around later. I don’t think that the bilateral deals that have been struck are going to prevent COVAX from achieving its goals.

But if so much vaccine has been pre-ordered by rich countries, can countries in the COVAX pool get enough for their needs?

One of the things that we’ve argued through COVAX is that to control the pandemic or to end the acute phase of the pandemic to allow normalcy to start to reassert itself, you don’t have to vaccinate 100% of your population.

You need to vaccinate those at greatest risk for bad outcomes and you need to vaccinate certain critical workers, particularly your health care workforce. And if you can achieve that goal, which for most countries means vaccinating between 20% and maybe 30% of the population, then you can transform the pandemic into something that is much more manageable. Then you can buy yourself time to vaccinate everybody who wants to be vaccinated.

We’ve argued the COVAX facility really offers the world the best shot at doing that globally in the fastest possible way, as well as providing for equitable access. This is a case where doing the equitable thing is also doing the efficient thing.

CEPI has provided funding to nine vaccines. Is it true that all those manufacturers aren’t required to provide the COVAX facility with vaccine?

That is correct. One of the things that we did, and I think it was an important role that CEPI played early on, was that we moved money very, very quickly, in small increments. You know, some of the early contracts were only $5 million or $10 million, to get programs up and running while we potentially put in place much larger-scale, longer-term contracts.

If you were doing it over again, would you have given money without strings attached?

Yes, I think I would have. I think that was critically important to initiating programs.

Our contract with Moderna was established in about 48 hours. And that provided critical funding to them to manufacture doses that got them into clinical trials within nine weeks of the genetic sequences [of the SARS-CoV-2 virus] being released.

And if you look at the nine programs that we’ve invested in, seven are in clinical trials. Two — the AstraZeneca program now and the Moderna program — are among the handful in Phase 3 clinical trials. And, I think the number of projects that that we funded initially, which started in kind of a biotech or academic phase that have now been picked up by large multinational corporations, there’s at least four. The Themis program being picked up by Merck, Oxford University by AstraZeneca, the University of Queensland by CSL, and Clover being in partnership with GSK, I think that speaks to the quality of the programs that we selected.

So, I think that combination of rapid review, speed of funding, getting those programs started, getting them oriented in the right direction, I think all of that is critical to where we are now.

Companies that got money from CEPI to build out production capacity — that money came with strings attached, right?

Yes, exactly. So, where CEPI has made investments that create manufacturing, or secure manufacturing capacity, the commitment has been that the capacity that is attributable to the CEPI investment is committed — at least right of first refusal — to the global procurement facility.

[ad_1] Judging when to tighten, or loosen, the local economy has become the world’s …