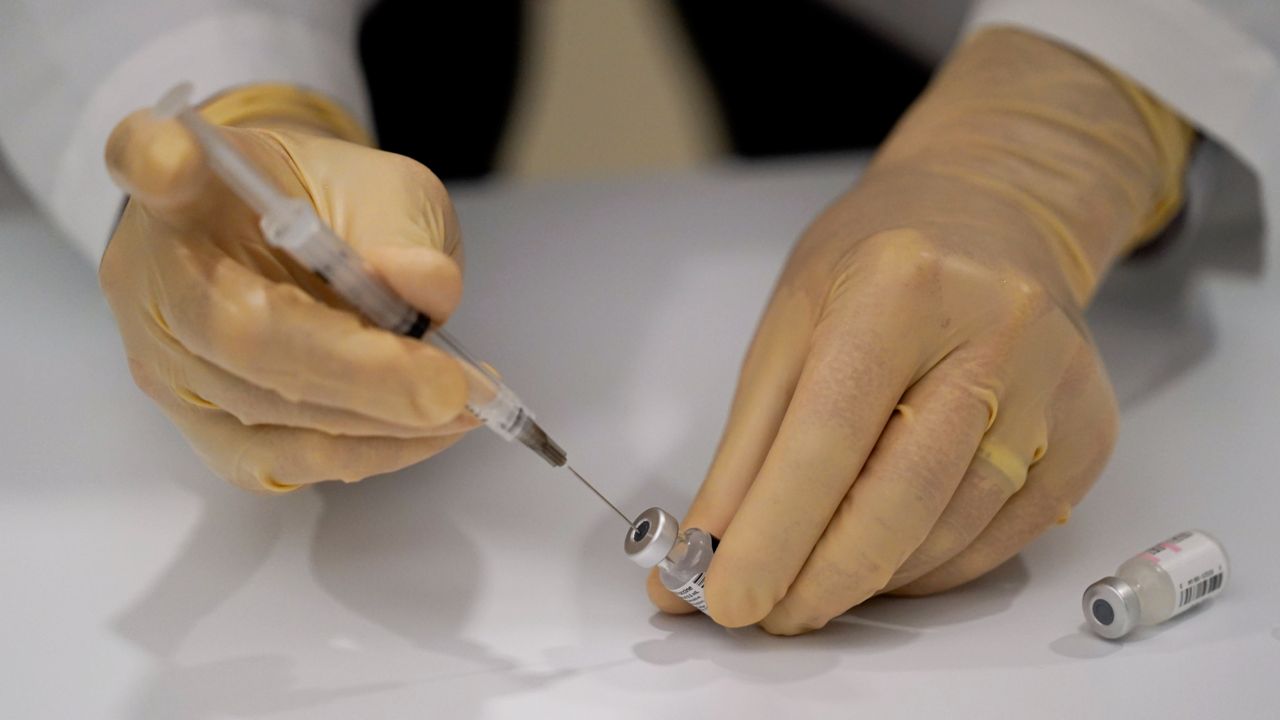 TAMPA, Fla. — The next two weeks of COVID-19 vaccine shipments from Pfizer have been put on hold.

“We were supposed to get enough for week two, which is next week, 205,000, from Pfizer, and the next week 247,000,” DeSantis said. “Those next two week’s shipments from Pfizer are on hold right now. We don’t know whether we’re going to get any or not, and we’re just going to have to wait.”

What You Need To Know

The doses Florida has received so far are already being administered and on Wednesday, AdventHealth Tampa will start mass vaccinations for its front line workers.

The hospital will vaccinate up to 300 front line workers on Wednesday.

It just received its first shipment of the Pfizer vaccine from Tampa General Hospital, which is one of five hospitals in the state responsible for providing other hospitals with the vaccine.

Gov. DeSantis said distributing the vaccine that way is a test, and so far, it appears to be working. “All five of those hospitals are helping with other hospitals in the area.  We were limited to five hospitals because they didn’t want to have it go to 200 hospitals and then have any mistake exacerbated.”

Tampa General received 19,500 doses of the vaccine on Monday, and AdventHealth is the first hospital locally to receive the drug from TGH.

AdventHealth formed an internal task force to create one of the first mass vaccination locations in the state for health care workers.

Gov. DeSantis said by vaccinating the front line workers, it prevents large numbers of health care workers from having to isolate because of exposure to the virus.

Moderna’s Coronavirus vaccine is expected to have emergency use authorization from the FDA by the end of this week, providing about 370,000 additional doses to the state in the first round.

[ad_1] Good nutrition is a critical part of health and development. According to the …