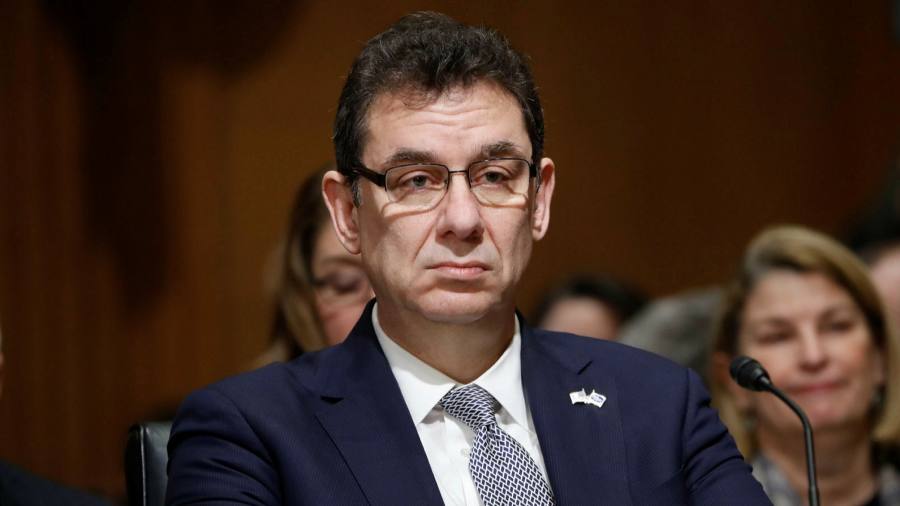 Pfizer’s chief executive has criticised the politicisation of a Covid-19 vaccine during the first presidential debate, as the head of the drugmaker in the lead to develop an inoculation said his company would move at the “speed of science”.

Albert Bourla, who leads the company with the best chance of submitting a vaccine for authorisation before the US election, said he would not be pressured to move more quickly or slowly in what he described as a “hyper-partisan” year.

In a memo to staff, seen by the Financial Times, he argued that the “amplified political rhetoric” around vaccine development and timing was “undercutting public confidence”. The memo was first reported by the Associated Press.

“I was disappointed that the prevention for a deadly disease was discussed in political terms rather than scientific facts,” Mr Bourla wrote. “People, who are understandably confused, don’t know whom or what to believe.”

In Tuesday night’s debate, Mr Trump said companies such as Pfizer could be developing their vaccines much more quickly were it not for the politicisation of the timeline by his opponents. Most of his advisers disagree and say a vaccine will not be generally available until next year.

Mr Bourla has said his company could have enough data to submit for authorisation by the end of October. While Pfizer and Boston-based biotech Moderna started their phase 3 trials on the same day in July, Pfizer’s trial design means it could get results earlier.

AstraZeneca’s US trial has been paused as the regulator investigates a possible serious side effect in a participant.

Stéphane Bancel, Moderna’s chief executive, told the FT on Wednesday that it would only have the average of two months’ follow-up time for participants, desired by the Food and Drug Administration for an emergency authorisation, by November 25.

Mr Bourla insisted Pfizer would not “succumb to political pressure”.

He added: “The only pressure we feel — and it weighs heavy — are the billions of people, millions of businesses and hundreds of government officials that are depending on us.”

Unlike many other companies which have taken government funds for clinical trials or to expand manufacturing, Pfizer has only signed a pre-order agreement with the US government. Mr Bourla said the company had put almost $2bn of its own money at risk.

“We’ve engaged with many elected leaders around the globe through this health crisis, but Pfizer took no investment money from any government,” he wrote. “Our independence is a precious asset.”

[ad_1] It often takes more than one person to make a business work. getty …