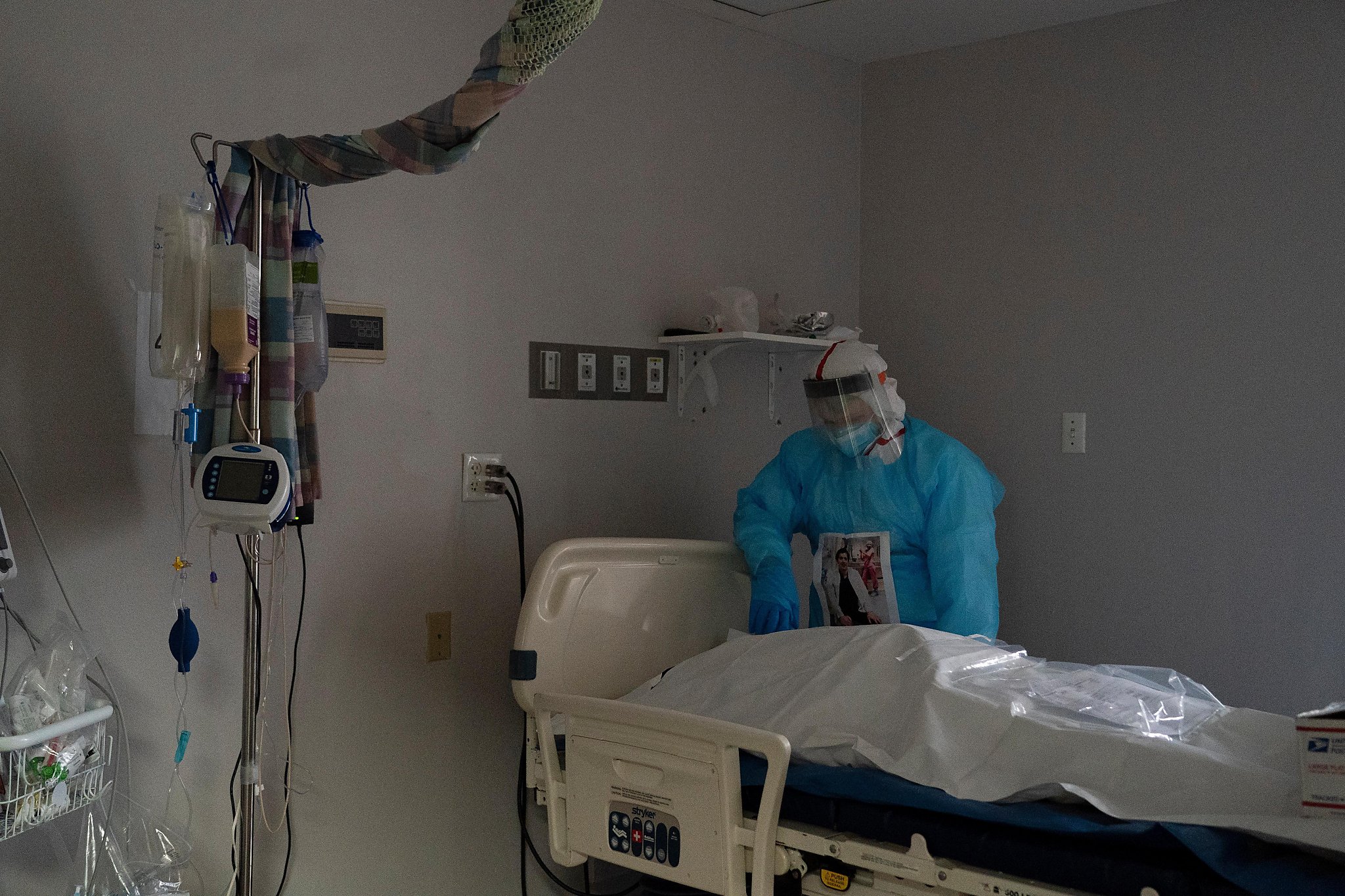 The nation’s coronavirus death toll neared 300,000 Sunday, a tragic benchmark in a pandemic that is hurtling forward on an increasingly destructive path, with hospitals in California and the Bay Area recording a record number of coronavirus patients even as lifesaving vaccine shipments are expected to arrive from Pfizer-BioNTech on Monday.

The dark scenario of death and illness — expected to continue to worsen amid winter weather and holiday gatherings — contrasted with the optimism of Sunday’s first shipments of the newly authorized coronavirus vaccine from Pfizer’s manufacturing site in Michigan.

UCSF is counting on the arrival of vaccine Monday and will probably begin vaccinating health workers midweek, Dr. Robert Wachter, department of medicine chair, told The Chronicle on Sunday. He said vaccinations will be staggered within clinical units to prevent the possibility of entire departments feeling vaccine side effects at the same time.

“Once we start trying to move this out into long-term care facilities and figuring out who is an essential worker and who has co-morbid diseases — that’s going to get much trickier,” he said.

Wachter added that while arrival of the vaccine is “amazing and really exciting” in the face of continued deaths to COVID-19, “there are not enough doses available to vaccinate enough people fast enough to save the vast majority of those lives” that will be lost during the ramp-up.

UCLA Health said it expects vaccine shipments to arrive Monday or Tuesday. Officials there were prepared to store and administer the cold-dependent doses, saying UCLA has been designated a “regional hub for distribution to other acute care hospitals.

“We anticipate a limited number of doses arriving in the next day or two, with additional supplies to follow,” UCLA said.

The California public health department announced that the Western states’ independent panel of medical experts — formed when Washington, Oregon and Nevada joined California’s effort for an independent look at coronavirus vaccines — finished a review of Pfizer’s vaccine, and determined Sunday that it is safe and effective for public use. The Western States Scientific Safety Review Workgroup group urged the states’ governors to “avoid any undue delay” in distributing the vaccine.

Gov. Gavin Newsom lauded the panel’s work, saying, “We know hope is on the way with a vaccine. While we remain vigilant in stopping the spread, we are also leveraging our best in the nation scientific experts to ensure safety, efficacy and equity for all Californians when it comes to any COVID-19 vaccine use and distribution.”

Wachter said it would probably be two or three months before the most essential and vulnerable groups, an estimated 150 million, are vaccinated. The current surge, while likely to diminish after Christmas, is not expected to noticeably flatten until March, after subsequent vaccine rollouts, he noted. About 100 million people, he estimated, would need to be vaccinated to make a large dent in the curve. The Pfizer vaccine must be given in two doses three weeks apart to have maximum effectiveness.

So far, Wachter noted, the Bay Area has borne “the lightest hit of any major metropolitan area in the entire country” — and even here, “our luck is beginning to wear out.”

Michelle Gaskill-Hames, the senior vice president of hospital operations at Kaiser Permanente Northern California, said the health system’s hospitals have added resources to meet a surge of about 35% above their normal capacity. The hospitals, she said, have prepared for a busier-than-normal winter season by securing travel nurses, increasing beds in ICUs and transferring patients to less impacted hospitals. The hospitals have also postponed procedures that require a hospital stay, except for cancer cases and urgent surgeries.

As for vaccines, “We expect the initial allocations to be very limited, and we are working to ensure an equitable distribution based on those health care workers in areas with highest risk for exposure,” she said by email, adding that the health system plans to “move quickly to vaccinate groups at greatest risk.”